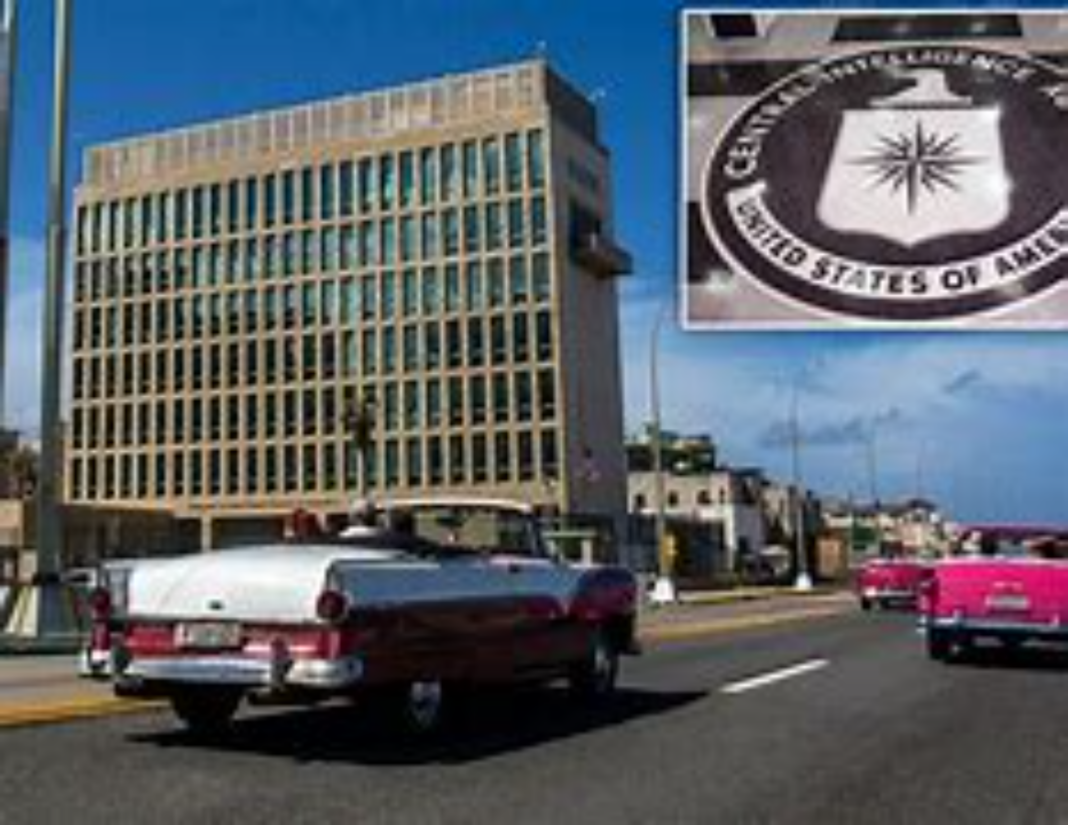 CIA Director William Burns says he has redoubled the agency’s efforts to uncover the cause of Havana Syndrome — the mysterious set of ailments that has afflicted more than 200 U.S. officials and family members around the world.

That includes the assignment of a senior officer who once led the hunt for Osama bin Laden to lead an investigation team that has tripled in size, Burns told NPR on Thursday in his first sit-down interview since being confirmed as the agency’s chief in March.

“I am absolutely determined — and I’ve spent a great deal of time and energy on this in the four months that I’ve been CIA director — to get to the bottom of the question of what and who caused this,” Burns said.

In a wide-ranging, exclusive interview with NPR’s Mary Louise Kelly, Burns also discussed the agency’s future in Afghanistan and the theory that the coronavirus was caused by a leak from a Chinese state-run laboratory in Wuhan.

He called the present moment “a really important moment of transition in the world.”

“We’re no longer the only big kid on the geopolitical block, especially with the rise of China. And as you know very well, there’s a revolution in technology which is transforming the way we live, work, compete and fight. And so, CIA, like everyone else in the U.S. government, has to take that into account,” he said.

Under Burns’ direction, the agency has tripled the number of full-time medical personnel at the CIA who are focused on Havana Syndrome and shortened the waiting period for afflicted personnel to be admitted to the Walter Reed National Military Medical Center .

“I’m certainly persuaded that what our officers and some family members, as well as other U.S. government employees have experienced is real, and it’s serious,” Burns said.

The director says he is seriously considering the “very strong possibility” that the syndrome is the result of intentional actions, adding that there are a limited number of “potential suspects” with the capability to carry out an action so widely across the globe. A report from last December by the National Academies of Sciences, Engineering and Medicine that found that microwave radiation is the “most plausible” explanation for the symptoms.

To head the task force investigating the syndrome, Burns has appointed a veteran officer who helped lead the hunt for Osama bin Laden. The identity of that officer is still undercover, according to the Wall Street Journal.

“We’re throwing the very best we have at this issue, because it is not only a very serious issue for our colleagues, as it is for others across the U.S. government, but it’s a profound obligation, I think, of any leader to take care of your people,” Burns said.

The syndrome — which can reportedly include as its symptoms migraines, dizziness and memory loss — first appeared in 2016 at the U.S. embassy in Havana, where more than 40 diplomats have since complained of the symptoms.

In the years since, dozens of additional cases have been reported at U.S. diplomatic facilities in China, Russia, Europe and Central Asia. Just last week, the Biden administration announced it is “vigorously investigating” reports of possible new cases in Vienna.

Officials say they are still unclear on the causes of the syndrome.

“Here’s the hard reality right now: We do not know what caused these incidents. We do not know who, if anyone, is actually responsible,” said Secretary of State Antony Blinken said at a congressional hearing last month. The State Department is now requiring a baseline testing program for diplomatic employees before they leave for field assignments.

State Department employees had complained that the agency had been slow to respond and support affected staff. Some have since retired, blaming their symptoms.

Speaking on Thursday, Burns said China remains a top focus of the agency in the Biden era, saying it is “the single biggest geopolitical challenge that the United States faces” this century. He added that the CIA must strengthen its China expertise, including employing more Mandarin speakers.

One immediate challenge is the CIA’s investigation into the origin of the coronavirus.

“The honest answer today is that we cannot offer a definitive conclusion about whether this originated in a lab accident or whether it originated in a natural transmission from infected animals to human beings,” Burns said, referring to the theory that the coronavirus outbreak began at the Wuhan Institute of Virology, a state-run laboratory in the city where the pandemic was thought to have originated in late 2019. Chinese officials have consistently denied the theory.

“It is possible, like so many things, that we may never come to a definitive judgment,” Burns said. “But it’s not going to be for lack of hard work or effort on this issue to try to uncover as much as we can about what happened.”

A group of scientists in May published a letter in the journal Science urging the scientific community to give more consideration to the lab leak theory, though at least one has since stated he believes the animal origin theory is the most likely scenario.

“[The reality is] that the Chinese government has not been transparent, has not fully cooperated in the WHO’s investigation initially, and it’s more recently suggested it’s going to refuse to cooperate in a follow-up as well. And that is deeply unfortunate,” Burns said.

The CIA will retain “significant capabilities” in Afghanistan

For nearly two decades, the national security establishment focused on U.S. wars in the Middle East and the threats posed by extremist groups such as al-Qaeda and ISIS.

Now, as the U.S. military nears finalizing its withdrawal from Afghanistan — a process that officials say is more than 95% complete — Burns acknowledged the pullout will affect CIA operations, but said the agency will retain “significant capabilities” in the country.

The U.S. intelligence community has concluded that the government of Afghanistan could collapse as soon as six months after the withdrawal is complete, according to reports by the Wall Street Journal and others that Burns declined to dismiss.

“I have to be honest, those trend lines are troubling right now,” he said.

The agency’s principal mission in the country, he said, will be to stay focused on the danger that groups like ISIS or al-Qaeda will reconstitute themselves if the Afghan government and military fall without the backing of U.S. and coalition forces.

“The big question, it seems to me and to all of my colleagues at CIA and across the intelligence community, is whether or not [the Afghan government’s military] capabilities can be exercised with the kind of political willpower and unity of leadership that’s absolutely essential to resist the Taliban,” he said.

Burns is the first career diplomat to lead the CIA

Burns, 65, is the first career diplomat to lead the CIA. He served three decades as a diplomat, including ambassador to Russia and to Jordan, while also holding top posts at the State Department in Washington.

Burns had the No. 2 job at the State Department when he retired in 2014. He was leading the Carnegie Endowment for International Peace in Washington when Biden tapped him to become CIA director.

“I know that I was a better ambassador, a better negotiator, a better policymaker because of the work of CIA officers, the intelligence they collected, the insights that they provided,” Burns said. “And I hope very much that I’ll be a better director of CIA because my experience as a policymaker, as a diplomat, should help me better connect intelligence work to what matters most.”

Burns said increasing diversity and inclusion at the CIA, an agency that has traditionally been dominated by white men from elite backgrounds, is among his top priorities as director.

“We cannot be effective around the world if everybody looks like me,” he said.