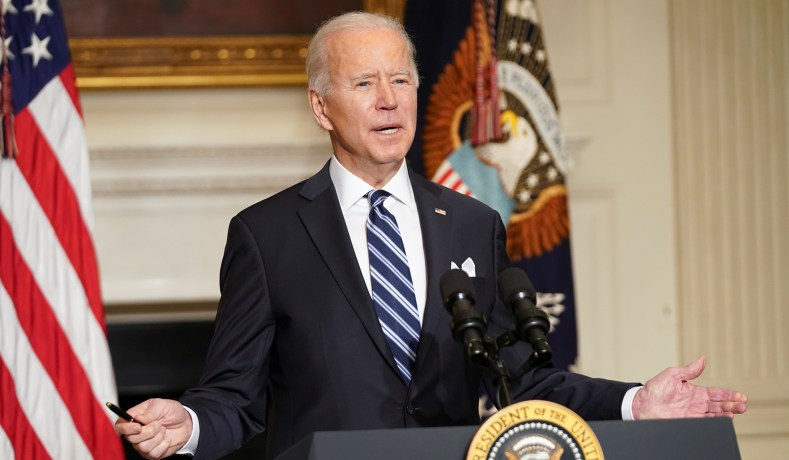 At the end of January, President Biden issued an executive order to combat climate change. The whole thing is what you’d expect from this administration. The EO is lots of signaling to the climate crowd, and it will likely offer fertile grounds for government failures and nasty unintended consequences.

Yet there is one aspect of the order that especially caught my attention:

(h) The Secretary of State, the Secretary of the Treasury, and the Secretary of Energy shall work together and with the Export–Import Bank of the United States, the Chief Executive Officer of the DFC, and the heads of other agencies and partners, as appropriate, to identify steps through which the United States can promote ending international financing of carbon-intensive fossil fuel-based energy while simultaneously advancing sustainable development and a green recovery, in consultation with the Assistant to the President for National Security Affairs.

I find this provision interesting because, while I don’t know much about the DFC, I know a lot about the Ex-Im Bank. And my knowledge of the agency assures me that asking Ex-Im officials to “identify steps through which the United States can promote ending international financing of carbon-intensive fossil fuel-based energy” is like asking the fox to guard the henhouse.

Indeed, Ex-Im itself has long been, and continues to be, knee-deep in the business of extending financing in the international and domestic oil and gas sector. As I wrote recently:

Some $12 billion of this exposure—26% of the bank’s portfolio—subsidizes the oil and gas industry, and Biden might want to look at this if he’s committed to taking strong action on climate change. Consider the Mexican state-owned oil company Petróleos Mexicanos, which has been hammered for years by mismanagement, underinvestment and low oil prices. For at least 15 years until 2017, the bank had more loans outstanding to Pemex than to any other borrower. (It’s hard to confirm whether that’s still true because the bank stopped disclosing the identities of its largest borrowers.) In 2015 these loans totaled nearly $7 billion. Shortly before last November’s election, the bank’s board pushed through an additional $400 million in financing for Pemex.

So allow me to laugh for a second.

The Biden administration shouldn’t count on Ex-Im doing the right thing unless it is compelled to do so. As mentioned above, any mere plea to Ex-Im to stop subsidizing the likes of Pemex and other oil and gas producers falls on deaf ears. Pemex, note, has been an ExIm client for 76 years and maintaining that relationship seems to supersede any other goals. As such, I can hear Ex-Im officials from here. They will say stuff such as: “We will end our support to oil and gas companies when other countries end theirs” or “But China. . . .”

So let’s see if they make progress during multilateral negotiations with other export-credit agencies to agree to end their subsidies together. I won’t hold my breath, of course, since Ex-Im and other export-credit agencies around the world are enslaved to the special interests they support and they will drag their feet as long as they can. And when they fail, Biden should be demanding unilateral action.

In the end, I predict that all we are likely to get from this EO is bad climate policies such as subsidies to well-connected green companies (see the 1705 loan program) and measures to destroy the domestic oil and gas industries while Ex-Im will continue to subsidize corrupt PEMEX. It’s messed up.

Kamala laugh at the Reporters when asked about Afghanistan debacle