Roce Today – Politics, Opinions, Gun Rights,Pro-Life and Border Wall
Home Politics CloutHub Jumps Into The Rogan Experience With A Plan He Should Take... 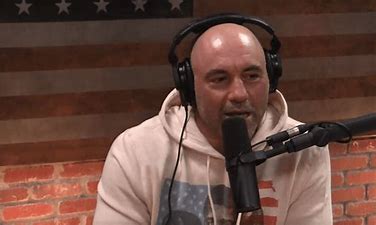 What Happened: “The Joe Rogan Experience,” a podcast available only on Spotify, has garnered criticism from physicians and musicians like as Neil Young. Numerous concerns focus on Rogan’s alleged misrepresentation regarding the COVID-19 vaccination.

Over the weekend, Spotify banned 113 previous episodes of The Joe Rogan Experience for “racially inappropriate language,” according to Spotify CEO Daniel Ek. The Spotify CEO stated that Rogan withdrew the episodes following a discussion between Rogan, his crew, and Spotify.

Ek stated that Rogan “selected to delete a number of episodes from Spotify.”

Rogan apologized over the weekend for previous use of racist insults, including the “N-word,” which he called “regrettable and disgusting.”

What’s Next: Spotify has updated its rules for COVID-19 content, which may limit Rogan’s future episodes and guests. Rogan has been absent from the Spotify platform for a week as the backlash continues to escalate.

Rogan struck an exclusive partnership with Spotify in 2020 to bring “The Joe Rogan Experience” to the platform, where it has become one of the most popular podcasts.

Clouthub, a social media platform that prides itself on being a “place for people to connect and discuss tough issues,” is one site that would welcome Rogan with open arms.

Founder Jeff Brain released a letter to Rogan on Monday night after Rumble’s CEO offered the podcaster money to switch from Spotify to his platform.

A lower court had ruled that a transgender bathroom ban was...