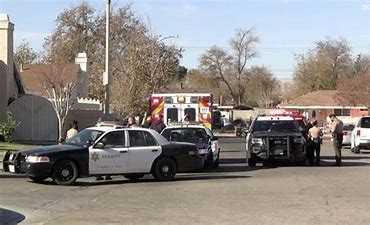 “We got here by higher crime and in many ways, public disorder, even more than changes in the crime rate, public disorder as exemplified by homeless encampments that have taken root around the city in Los Angeles,” Ron Brownstein told “CNN Newsroom” hosts Alisyn Camerota and Victor Blackwell.

Blackwell asked how the city could go from cutting the police department’s budget to seeing a mayoral candidate promise to add hundreds more officers.

Brownstein noted a “similar dynamic” in a recall election in San Francisco.

“In Los Angeles and San Francisco, two of the nation’s most liberal large cities, voters are poised to send stinging messages of discontent over mounting public disorder, as measured in both upticks in certain kinds of crime and pervasive homelessness,” Brownstein wrote in an article published Tuesday on the network’s website, discussing the Los Angeles mayoral race and a recall vote against San Francisco District Attorney Chesa Boudin. He noted “a widespread sense” that local authorities in the two cities were failing when it came to providing “public safety and order.”

“If you are in a position where you have impact on public safety, public safety is part of the job,” Brownstein said on “CNN Newsroom.”

Rick Caruso, a former Republican, made addressing high crime and homelessness part of his mayoral campaign in Los Angeles. Tesla CEO Elon Musk endorsed Caruso’s candidacy Friday, saying the city was “fortunate” to have him as a mayoral candidate.

A spokeswoman for Warner Brothers Discovery, the parent company of CNN, referred The Daily Caller News Foundation to Brownstein’s analysis posted on the company’s website.