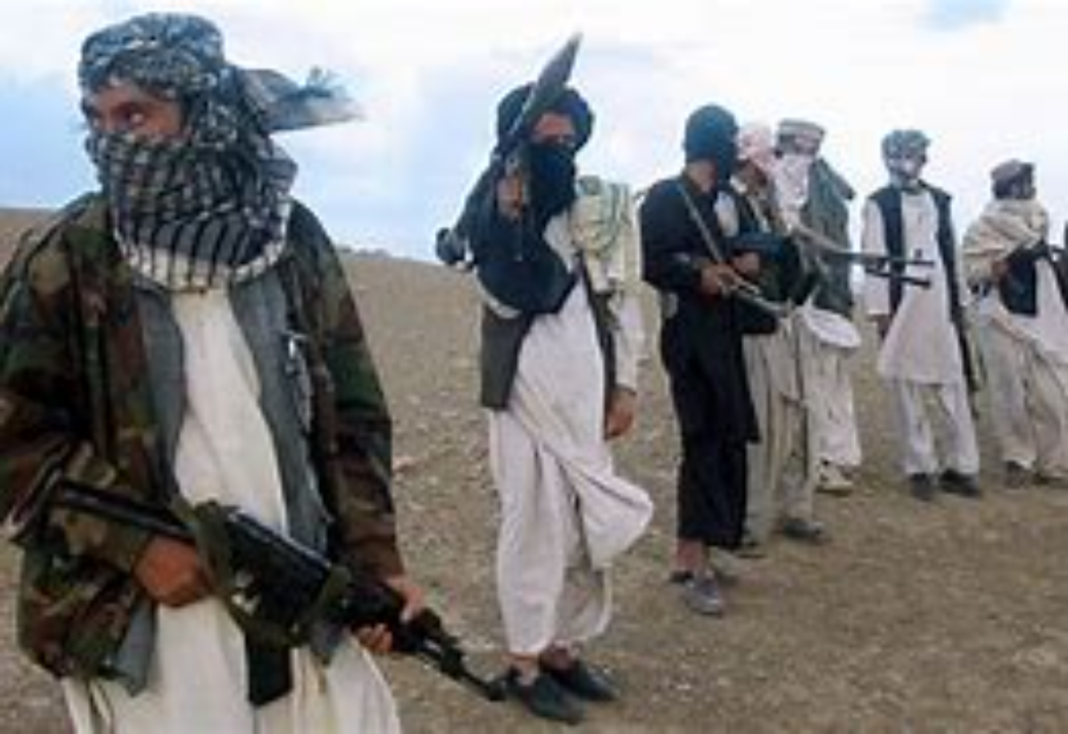 A CNN reporter filed a report just Outside the now abandoned U.S. Embassy in Kabul.

In this 8-second clip, we see her in a crowd of Taliban members who are chanting “Death to America.” The reporter goes on to say that despite the chants, they seemed “friendly” in a “bizarre” way.

I dunno how chanting about death and “friendliness” go hand-in-hand, but okay, CNN.

I know it’s only 8-seconds but kinda feels like we’re watching a reporter develop a case of Stolkholm syndrome right before our very eyes.

By the way, this is the same reporter, who, just yesterday was wearing standard western garb. Today she’s wrapped up tightly in a Burqa.

I’m guessing she’s scared. I know I would be.

Listen to how she describes the terrorist group as “bizarrely friendly.” Mind you, these are the same reporters who work for a network that routinely calls Jan 6th attendees “domestic terrorists.”

CNN reporter on the Taliban takeover in Afghanistan: “They’re just chanting ‘Death to America,’ but they seem friendly at the same time.” #Afghanistan #Talibans pic.twitter.com/hYtCBVqeTc

I don’t care how long or short the clip is, it’s a really bizarre choice of words from this reporter, especially while we’re hearing horror stories of people being slaughtered in the streets.

(UPDATE) In a response to Ted Cruz, who shared the clip, CNN now says this video is a “conspiracy theory” and a “misleading” soundbite.

Here’s what Ted said: “Is there an enemy of America for whom @CNN WON’T cheerlead? (In mandatory burkas, no less.)”

Here is CNN’s response to Ted: “Rather than running off to Cancun in tough times, @clarissaward
is risking her life to tell the world what’s happening. That’s called bravery. Instead of RTing a conspiracy theorist’s misleading soundbite, perhaps your time would be better spent helping Americans in harm’s way.”

Rather than running off to Cancun in tough times, @clarissaward is risking her life to tell the world what’s happening. That’s called bravery. Instead of RTing a conspiracy theorist’s misleading soundbite, perhaps your time would be better spent helping Americans in harm’s way.

But is this really a “conspiracy theory?”

After all, What this reporter says here does echo previous CNN reporting on the BLM riots in Kenosha, Wisconsin, when they called the riots a “fiery but mostly peaceful protest.”

The people of the internet are not fooled:

“That guy behind her looks at her like, “she’s an easy target.”

“Wow, this beats the mostly peaceful protest headline, CNN always gives meme material. They are a media transformed into a comedy network.”

“All smiles… and death to America. You’d smile too if your retreating enemy left a huge cache of modern weaponry and billions of improvements and valuable assets. How long until the Taliban w/our gifted weapons arrive on our soil through the wide open, poorly defended border?”

“Now try it without the head covering. Still friendly?”

“CNN has been chanting ‘death to America’ in their own special way for a long time now. That’s probably why it sounds friendly to their ears.”

“Did they reveal their preferred pronouns while chanting ‘death to America’?”

Our media is a shameless propaganda machine, and they can’t be trusted at all.

This sort of dangerous reporting leads many people to believe that the media is out there to provide cover for Biden and radical Islam.

Clearly, there is no desire to actually “report” or get at any kind of truth from most of these people.

It’s all political games at this point.