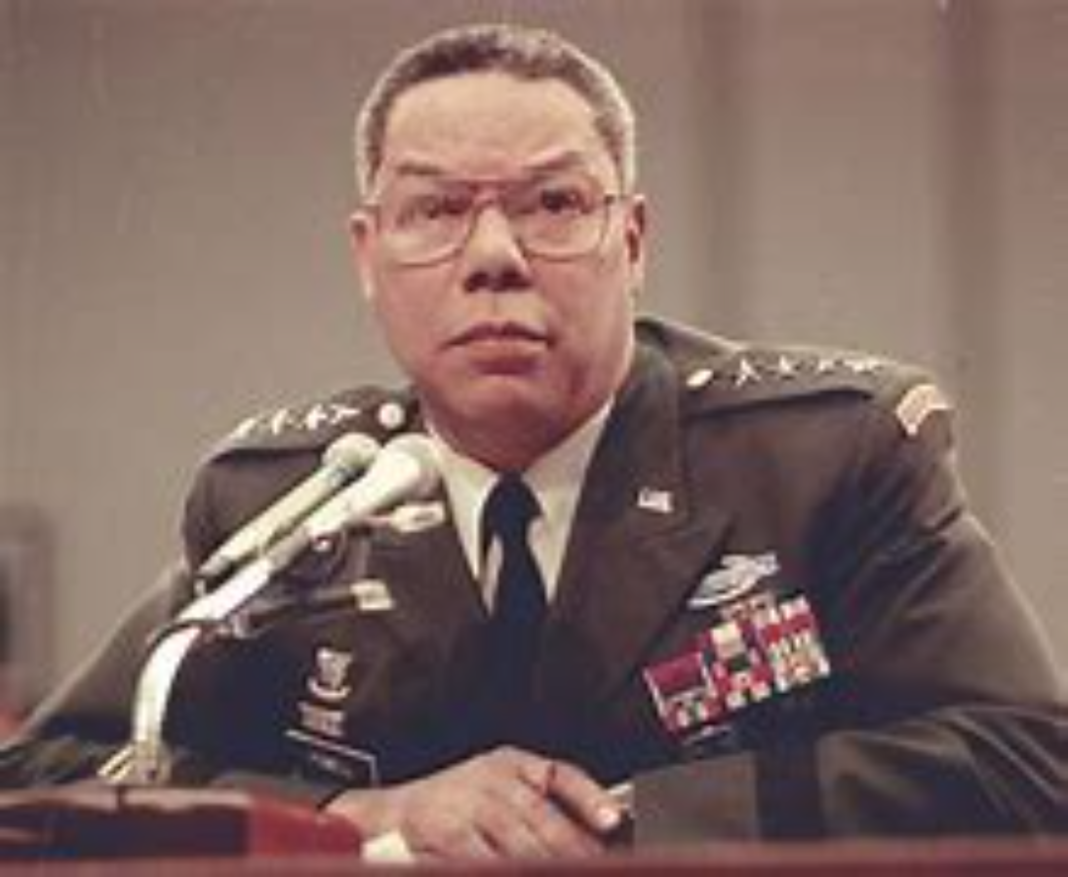 “General Colin L. Powell, former U.S. Secretary of State and Chairman of the Joint Chiefs of Staff, passed away this morning due to complications from Covid 19. He was fully vaccinated,” the family said in the statement. “We want to thank the medical staff at Walter Reed National Medical Center for their caring treatment. We have lost a remarkable and loving husband, father, grandfather and a great American.”

The son of Jamaican immigrants, Powell grew up in the Harlem and South Bronx sections of New York City and attended the City College of New York (B.S., 1958), serving in the Reserve Officers’ Training Corps (ROTC). He entered the army upon graduation, served in Vietnam in 1962–63 and 1968–69, and then studied at George Washington University in Washington, D.C. In 1972 he took his first political position, as a White House fellow, and soon became an assistant to Frank Carlucci, then deputy director of the Office of Management and Budget (OMB). He held various posts over the next few years, in the Pentagon and elsewhere, and in 1983 became senior military assistant to Secretary of Defense Caspar Weinberger. In 1987 he joined the staff of the National Security Council as deputy to Carlucci, then assistant to the president for national security affairs. Late in 1987 Pres. Ronald Reagan appointed Powell to succeed Carlucci. Early in 1989 Powell took over the Army Forces Command.

In April 1989 Powell became a four-star general, and in August Pres. George Bush nominated him chairman of the Joint Chiefs of Staff. As chairman, he played a leading role in planning the invasion of Panama (1989) and the Desert Shield and Desert Storm operations of the Persian Gulf crisis and war (August 1990–March 1991; see Persian Gulf War). He retired from the military in 1993, sparking speculation that he would enter politics. Although he decided not to run for president in 1996, he joined the Republican Party and spoke out on national issues.

In 2001 he was appointed secretary of state by Pres. George W. Bush. Powell unsuccessfully sought broader international support for the Iraq War. His controversial speech before the United Nations (February 2003) was later revealed to be based on faulty intelligence. Considered a political moderate in an administration dominated by hard-liners, Powell saw his influence in the White House wane, and he announced his resignation in 2004, shortly after Bush’s reelection; he was succeeded by Condoleezza Rice in 2005.