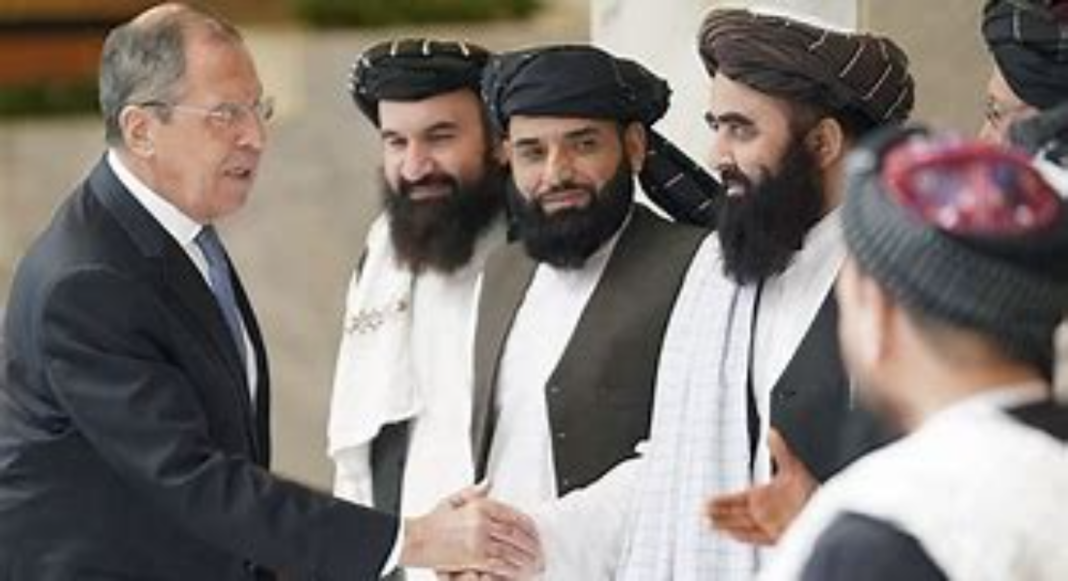 In the day since a Taliban offensive swept away the U.S.-backed Afghan government, Russian officials are taking satisfaction from their principle global adversary’s humiliation as they prepare to work with the Islamist militia, Russian Afghanistan experts told The Moscow Times on Monday.

“You can’t blame Russia for feeling a little smug about what is happening in Kabul,” said Fyodor Lukyanov, editor of the Russia in Global Affairs journal and an adviser to Russian President Vladimir Putin on foreign policy.

“This is a PR disaster of enormous proportions for America. The desperate images from Kabul airport will go into the history books.”

Though Moscow had been preparing for an expected Taliban takeover, satisfaction at an American defeat is only one side of a complex reaction to the Taliban’s victory, as there is also some trepidation about what the militants’ success might mean for Russia and its allies in Central Asia.

For Russians, some of whom fought in the Soviet Union’s bloody, unsuccessful war in Afghanistan in the 1980s, the American retreat has been taken as a vindication of their own experience there.

Veterans point out that the pro-Soviet Afghan communist government was able to fight on alone for three-and-a-half years after the Soviets withdrew in 1989, while U.S.-backed President Ashraf Ghani’s administration imploded even before the U.S. withdrawal was complete.

“The Americans should have learned from our experience,” said Vasily Kravtsov, a Russian Afghanistan expert who was a political adviser to the Afghan communist authorities in the 1980s, before serving at the Russian Embassy in Kabul in the Ghani era.

For Kravtsov, the Soviet war in Afghanistan — which killed around 15,000 Soviet personnel and as many as two million Afghans — was more successful than the American effort decades later.

“By the end, we had basically stabilized things. If the Soviet Union hadn’t collapsed then the Afghan government could have survived indefinitely. But the Americans never understood Afghanistan or Afghans.”

“Defeat was inevitable from day one.”

While Russia has kept its distance from Afghanistan since the 1989 withdrawal, with the war being widely seen as an pointless adventure that hastened the collapse of the Soviet Union, Moscow has adopted a pragmatic approach to the Taliban — themselves heirs to the Mujahideen irregulars who drove out the Soviet army.

Though the Taliban are formally proscribed as a terrorist organization under Russian law, the Russian capital has become a regular venue for peace talks between the two sides in Afghanistan’s civil war, with a delegation visiting Moscow for talks with Foreign Minister Sergei Lavrov in July.

According to Lukyanov, this history of contact between the two sides means Russia is unusually well placed for the transition to a Taliban-led Afghanistan.

“Judging by the calmness of Russian officials, agreements guaranteeing security of Russian citizens in the country were likely made when the Taliban visited Moscow in July,” he said, referring to the summit with Lavrov, when the Taliban pledged to combat the Islamic State in Afghanistan and refrain from threatening ex-Soviet Central Asian states.

“Of course, the Russian Foreign Ministry has good contacts with the Taliban that go way back.”

In the hours after Kabul fell, these contacts appear to have come into good use, as Taliban units moved quickly to secure the Russian Embassy when Afghan government security forces melted away.

“The Taliban are starting to take control of the city — in the positive sense of the word,” Russian ambassador Dmitry Zhirnov told state television Sunday evening.

And on Monday, Putin’s special envoy to Afghanistan Zamir Kabulov said Russia prefered communicating with the Taliban over “the former puppet government of Afghanistan.”

However, Russia maintains that formal diplomatic recognition of the Taliban — and the Islamic Emirate they have proclaimed — is not a done deal.

Kabulov told the Ekho Moskvy radio station on Monday that diplomatic recognition of the Taliban will depend on the new authorities’ “conduct” in the coming days.

Above all, say experts, Russia is waiting to see if the Taliban keeps promises made last month in Moscow now they are in power.

For Russia, the fate of the former Soviet Central Asian republics that border Afghanistan is of paramount importance.

During their previous stint in power from 1996 to 2001, the Taliban were accused of supporting Islamist opposition movements in their neighbors, undermining the region’s broadly pro-Russian governments.

Moreover, Afghan-produced heroin is transported into Europe via smuggling routes that run through Central Asia and Russia.

But this time around, Russia has been eager to prevent any instability from spilling over to its region of interest.

Earlier in August, after the Taliban overran Afghanistan’s northern borders, Russia — which has an army division based in Tajikistan — held joint drills with the Uzbek and Tajik militaries.

Though experts agree that the Taliban are likely to abide by their promises and refrain from launching cross-border attacks, questions remain about foreign Islamist groups operating alongside them.

In the 1990s, Taliban-ruled Afghanistan became a hub for international jihadis, most famously for Osama bin Laden, but also for Central Asian extremists.

Jihadi emigres from Tajikistan and Uzbekistan are known to have fought alongside the Taliban during this summer’s offensive. Whether they will feel bound by promises made in Moscow remains unknown.

In Afghanistan’s northeastern Badakhshan province, Tajik militants fighting alongside the Taliban have been placed in command of the Afghan border with Tajikistan, an ominous sign for the Russian ally.

“The Taliban themselves are reasonably pragmatic and present no threat to Russia or to Central Asia,” said Afghanistan veteran Kravtsov.

“But the foreign terrorist groups that are allied with the Taliban will now receive freedom of movement, bases and training in Afghanistan. Naturally, that’s going to cause problems in Central Asia.”

Russia will be eager to take advantage of the unstable security situation in the region by shoring up its influence in Central Asia, said Temur Umarov, an expert on Central Asia at the Carnegie Moscow Center think tank.

“Central Asia was slipping away a little bit from Russia’s orbit of influence toward China but Russia is the only country that will actually guarantee military support to countries like Tajikistan and Uzbekistan. It has deep rooted military connections with Central Asia”

But for the moment, with Moscow’s relations with the Taliban remaining relatively warm, Russia is likely to take a pragmatic approach as the United States comes to terms with the collapse of its 20-year mission in Afghanistan.

“The blame does not lie with us.”