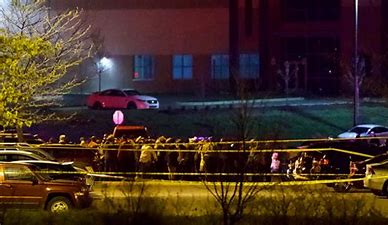 A man entered an Indianapolis area shopping mall Sunday evening, proceeded to the food court, and began shooting. Things could have been so much worse had it not been for a good guy with a gun.

At around 6 p.m. local time, an “adult male” entered the mall with a rifle and several magazines. He proceeded to the food court where he started shooting. 3 people were killed and two injured by the psychotic gunman before a good samaritan with a gun took action and killed the attacker.

Greenwood Police Chief James Ison confirmed that “a good Samaritan with a handgun” had stopped the attack before police had even arrived.

Ison added that an armed civilian “was able to stop that shooter almost as soon as he began.”

Corporate media has been largely silent on this incident likely for two reasons. First, while it fits their silly definition of a “mass shooting” one of the four victims was the attacker. Second, they hate the whole “good guy with a gun thing” and will do anything to bury that story.

Permitless carry is being passed in more states by the month and this incident in Indiana shows why citizens must be able to protect themselves.

How many would have died if they had to wait until the cops got there?