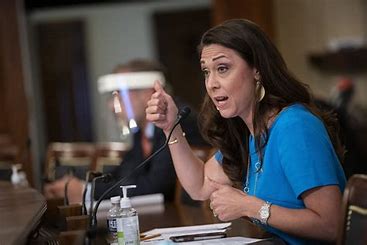 We witnessed a living miracle at the 2018 March for Life. Abigail Beutler stood on stage with her mother, Congresswoman Jaime Herrera Beutler, charming the crowd with her sweetness and smiles!

Abigail’s presence is a miracle because while the Congresswoman was pregnant with Abigail, her first child, she and her husband Dan received the heartbreaking news that their baby had “zero percent chance of survival.”

Their unborn baby was diagnosed with Potter’s Syndrome, and doctors told the Beutlers there was nothing that could be done; their baby would die and that “a lot of women at this point would be across the street scheduling an abortion.”

However, that was out of the question for the couple. Dan Beutler shared with CNN’s Dana Bash, “Being able to hear the heartbeat … we had this gut feeling of there has to be something — I mean, a doctor may say it, but she’s moving. That’s pretty convincing. We know she’s still alive.”

Thus began their miracle journey of choosing love and hope to fight for their unborn daughter. After a series of experimental treatments, Abigail was born, making medical history. “She was the first baby to survive childbirth with no kidneys. People Magazine ran a spread calling her ‘the girl who lived.’”

At the 2018 March for Life, with her family by her side, Congresswoman Herrerra Beutler shared these moving words:

“I was told there was no chance of survival – but they were wrong. They weren’t bad people – they just had never seen a baby with this condition survive. But that’s the point: What if the doctor is wrong about others too? What if together, we can break new ground, find new treatments that will benefit more than just our own families? What if the baby won’t have that significant health condition or disability? Or even if she does – what if every baby was at least given a shot to reach her true, miraculous potential?

Who would we be as a nation? What richness would society get to see? Instead of the equivalent of two generations missing because of that choice, would we have already witnessed one of those individuals having discovered a cure for cancer? The key to eradicating extreme poverty?

What if we had spent the last 45 years – the length of time abortion has been allowed in the United States – pouring time and money into finding a cure in the womb for medical conditions like spina bifida, micro-sephaly, or congenital heart defects?

What if that money was used to end the baby’s disease – not her life?”

She concluded her remarks with a hopeful word that reminds us all again, that love saves lives: