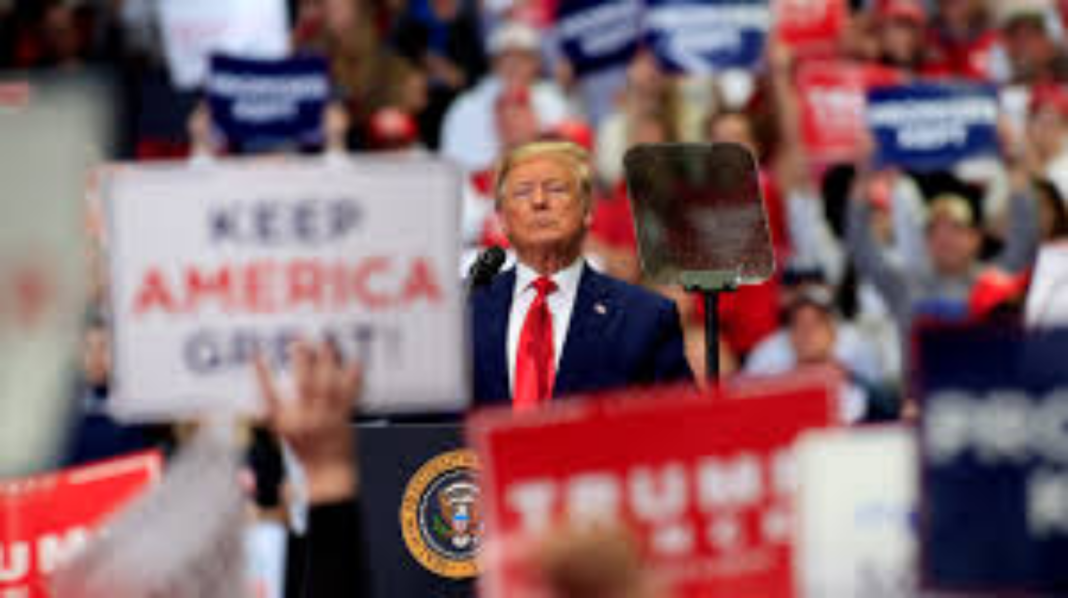 In the grand narrative of the American presidency, the Age of Trump will prove to be little more than a momentary distraction, the equivalent of taking the wrong exit off an interstate highway. Within weeks of his departure from office, his successor was already repairing the damage Trump had inflicted on the nation and the world. As measured by substantive impact, his was an ephemeral presidency: plenty of noise and commotion, but little permanent harm and virtually no lasting achievements.

Even so, to judge by last November’s balloting, tens of millions of our fellow citizens remain willing buyers of what Trump sells. Before the election and after, the MAGA masses displayed passion, zeal, and astonishing loyalty. If there were doubts on that score, the January 6 assault on the Capitol settled them.

While denied reelection, Trump hauled in a whopping 74,222,958 votes, the second highest total of any U.S. presidential candidate ever. The significance of that figure, which exceeds Hillary Clinton’s 2016 popular vote by nearly ten million, can scarcely be overstated. It expresses the essential meaning of the Trump moment: What he did or did not do in office will soon be forgotten, but by tapping into and unleashing long dormant forces, Trump transformed the landscape of national politics.

Observers hastening to enshrine the Biden presidency as a welcome return to normalcy are not keen to reflect on what the 74 million signify, implicitly dismissing them as retrograde yahoos or “deplorables,” in Mrs. Clinton’s notorious formulation. Note that to do so amounts to writing off approximately half of the nation’s politically active population.

According to convention, Trump supporters are poor, white, uneducated, and mostly male, their numbers including a substantial cohort of unrepentant, gun-wielding racists. In progressive quarters, this self-serving conception of who comprises the 74 million plays well. But it is at least misleading, if not flat-out wrong. Even in 2016, women, African Americans, Hispanics, and Asian Americans voted for Trump in surprising numbers. Four years later, Trump’s support in each of these demographic categories actually increased. Among white women who voted in 2020, for example, 55 percent cast their ballot for Trump, up from 47 percent four years earlier.

How to explain such electoral behavior? One option is to classify Trump supporters as cretins.  According to one irate professor of gender studies at the University of Southern California, writing for New York magazine, women voting for Trump simply sold out. These “wine moms” willingly accept a “second-class status with their gender, as long as the Republican Party puts them first with race and keeps them safe.” From this perspective, the millions of women supporting Trump are too stupid or too craven to act pursuant to their actual interests. A similar judgment ostensibly applies to anyone in the BIPOC/LGBTQ universe who, in voting for Trump, disregarded the dictates of identity politics.

When I was young, commentators would cite farmers or veterans or Catholics as holding the key to some upcoming election. Today, especially in progressive circles, political forecasters cite tribal identity as the factor that will determine the outcome. When the African-American journalist Juan Williams took to the pages of the New York Times to announce that “the black vote now defines American politics,” he was conferring on his own tribe a dominant status. In fact, it makes no more sense to assign black voters a preeminent role than to confer a similar status on women, Hispanics, Asian-Americans or any other comparable group.

What proponents of identity politics miss is that ultimately the broad political center — inevitably including voters of every imaginable race, creed, color, and other distinguishing trait — will determine the future of American politics. In that regard, Trump’s 74 million will likely play a pivotal role. If Democrats can peel off a dozen or so of those millions, they will own Washington. If the Republican party consolidates and continues to expand Trump’s base, then the GOP may well recover from its present state of confusion and disarray.

The key question is this: As the aging and besieged Trump himself inevitably fades from view (or is shoved aside) and his supporters thereby come up for grabs, who will corral them? Who will claim this rich political harvest?

That it won’t be “Sleepy Joe” Biden is a safe bet. I say that meaning no disrespect to the president. As Trump’s successor, Biden is a transitional figure rather than a transformational one.  He will fill in potholes, repair fences, and distribute vaccines (faster, please). After four years during which Trump disdained the day-to-day work of governance, we should be grateful to have a chief executive who actually tends to his duties.

Yet Biden possesses neither the energy nor the intellectual acuity to redefine the political center. He is a past-his-prime plodder. His domestic agenda is warmed-over Obama and therefore about as salient to the present moment as Adlai Stevenson’s. Regarding America’s role in the world, Biden recycles once fashionable bromides about American global leadership, a euphemism for ideological and economic primacy sustained by military supremacy. For a brief time in the late twentieth century, this perspective seemed valid, until 9/11, multiple economic crises, failed wars, the rise of China, the growing threat of climate change, and finally the coronavirus pandemic swept it away.

So Biden’s allotted role is to serve as a placeholder. If he succeeds in holding things together until Providence, fate, or the American people in their wisdom determine what should come next, history will treat him generously. What comes next will emerge from a reframing of the political center, yet to be undertaken.

The center tends to be boring. Political movements draw sustenance from the antics of the extremes, whether left or right. Recent events have validated this truism. At the opposite ends of the contemporary political spectrum, weirdness flourishes. In San Francisco, a proudly “woke” school board votes to expunge from public schools the names of notable Americans judged guilty of past sins, including George Washington and Abraham Lincoln. On the far right, meanwhile, belief that a Washington, DC, pizzeria served as a front for a child sex-trafficking ring directed by Hillary Clinton and other Democratic luminaries gains a large following, inducing one demented individual to shoot up the place.

I cite these bizarre episodes merely to illustrate how in recent years politics-as-theater has eclipsed politics-as-governance, a phenomenon to which Donald Trump and the Trump-hating media have jointly contributed. A new political center capable of gaining the support of a durable majority will necessarily tend to more substantive matters.

The place to begin? Jettison taken-for-granted propositions that have manifestly outlived their usefulness. These propositions are not difficult to identify. As mainstays of American politics since the end of the Cold War and in some instances even earlier, they have contributed mightily to the country’s present disunity and distress. A first step for any individual, movement, or party seriously committed to getting the nation back on track will be to:

These six imperatives are inherently neither liberal nor conservative. Yet I submit that they touch on matters of greater relevance to the crisis of our time than anything Trump said or did as president. Only by facing up to the truths to which they testify will it become possible to break free from the smelly orthodoxies to which so many in the political mainstream continue to swear fealty.

Reduce them all to a single pithy sentence and you get this: The American Century, the era of ostensible U.S. global primacy dating from World War II, is gone for good, as is the post–Cold War reverie that did so much to hasten its demise. Consigning the American Century to the past is a precondition for restoring some sense of relevance and integrity to national politics. Pretending to resuscitate it, as the Biden administration appears intent on doing with the president’s endless assurances that “America is back,” is to perpetrate a fraud.

To say aloud that the American Century has ended is to clear away an accumulated debris of lies and deceptions of far greater consequence than any of Trump’s outrages. Doing so will make honesty in the arena of national politics possible. Furthermore, such an admission just might resonate with the 74 million whose disgust with the establishment brought them to Trump in the first place and who will be left politically homeless as it becomes apparent that their champion has been permanently dethroned.

It will take courage for anyone aspiring to a position of national leadership to say aloud that the American Century has ended. The first would-be president to do so will likely absorb some big hits. But he or she will be doing their country a great service.

So all of you patriotic Americans out there, however you may have voted last year, be brave and repeat after me: the unipolar moment has ended; U.S. military supremacy is a dangerous illusion; the American way of life needs serious fixing; information technology debases and corrupts; more is not better; and without a shared moral code, there is neither decency nor civilization.

Keeping Children in Masks is appropriate