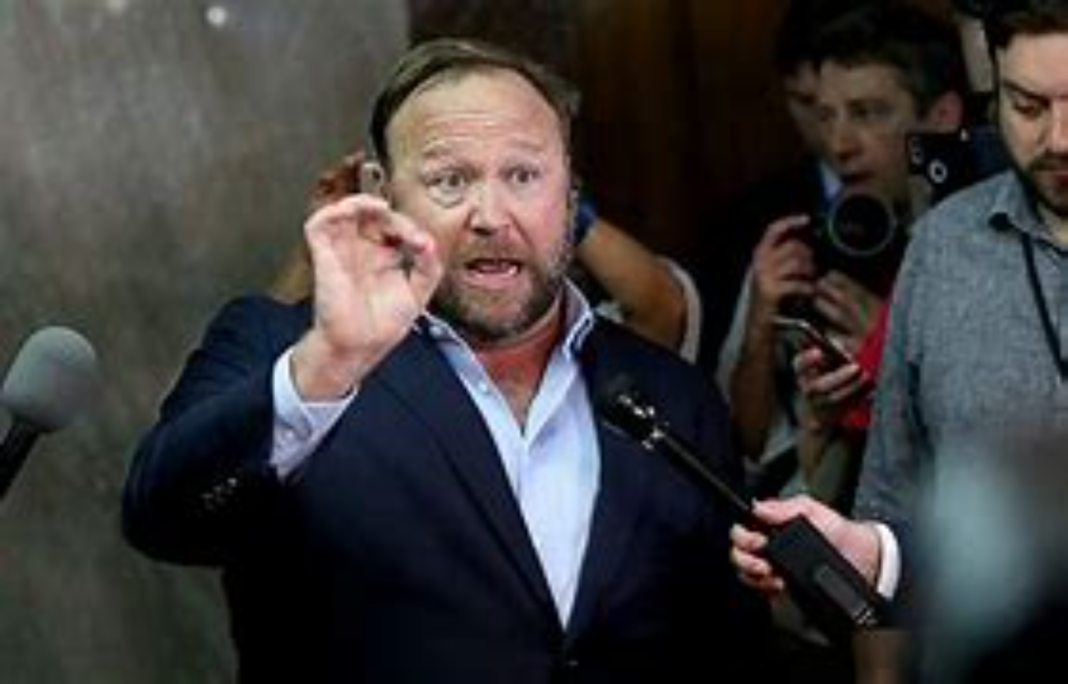 A Texas judge has found Infowars host and conspiracy theorist Alex Jones liable for damages in three defamation lawsuits brought by the parents of two children killed in the Sandy Hook Elementary School massacre over his claims that the shooting was a hoax.

Judge Maya Guerra Gamble in Austin, home of Infowars, entered default judgments against Jones, Infowars and other defendants for what she called their “flagrant bad faith and callous disregard” of court orders to turn over documents to the parents’ lawyers. The rulings were issued on Monday and released on Thursday.

The cases now head to trial for juries to determine the amount of damages Jones and the other defendants will have to pay the families.

The shooting at the Newtown, Connecticut, school on Dec. 14, 2012, killed 20 first-graders and six educators. The gunman, 20-year-old Adam Lanza, fatally shot his mother at their Newtown home before going to the school, and killed himself as police arrived.

The shooting was portrayed on Jones’ Infowars show as a hoax involving actors aimed at increasing gun control. Jones has since acknowledged the school shooting did occur.

Families of some of the school shooting victims sued Jones, Infowars and others in courts in Texas and Connecticut over the hoax conspiracy, saying they have been subjected to harassment and death threats from Jones’ followers. The Connecticut cases remain pending.

Jones and his attorney in Connecticut, Norman Pattis, criticized the Texas judge’s ruling in a statement on the Infowars website.

“It takes no account of the tens of thousands of documents produced by the defendants, the hours spent sitting for depositions and the various sworn statements filed in these cases,” they said. “We are distressed by what we regard as a blatant abuse of discretion by the trial court. We are determined to see that these cases are heard on the merits.”

Jones’ lawyers have denied the defamations allegations and argued his comments about the school shooting were protected by free speech rights.

One of the Texas lawsuits was filed by Leonard Pozner and Veronique De La Rosa, whose son Noah was killed in the shooting. The two others were filed by Neil Heslin and Scarlett Lewis, whose son Jesse was killed. Several other families of the victims are suing on similar claims in Connecticut.

Bill Ogden, a Houston lawyer representing the four parents in the Texas cases, said Jones and Infowars have failed to turn over documents for the past few years. He added such default judgments are rare.

“My clients have and continue to endure Defendants’ 5-year campaign of repulsive lies,” Ogden said in a statement, which quoted the judge’s ruling. “We believe the Court hit this nail on the head when it considered Alex Jones’ and Infowars’ ‘bad faith approach to this litigation,’ Mr. Jones’ ‘public threats,’ and Jones’ ‘professed belief that these proceedings are show trials.’”

Guerra Gamble said in her rulings that she was defaulting Jones and the other defendants after an “escalating series” of admonishments by judges, monetary fines and other actions was ineffective in getting the defendants to turn over documents.

In 2019, Jones was ordered by another Texas judge to pay $100,000 in legal fees to Heslin’s lawyers for disregarding a court order to produce witnesses.

Jones also was sanctioned in the Connecticut cases for violating numerous orders to turn over documents and for an angry outburst on his web show against an attorney for some of the victims’ relatives. A judge barred Jones from filing a motion to the dismiss the case — a ruling that was upheld after being appealed all the way to the U.S. Supreme Court, which declined to hear Jones’ appeal in April.