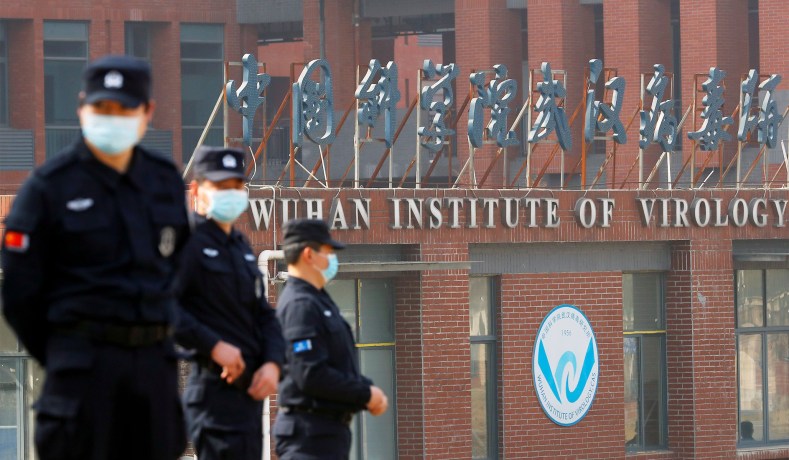 Virologist Marion Koopmans, who was part of that World Health Organization team that traveled to Wuhan earlier this year, told NBC News that “maybe one or two” scientists working on coronaviruses at the Wuhan Institute of Virology did get sick with flu-like symptoms in the autumn of 2019, shortly before the first cases of Covid-19 – but that she’s confident those illnesses are unrelated to the Covid-19 outbreak.

“There were occasional illnesses, because that’s normal,” Koopmans told NBC News. “There’s nothing that stood out . . . It’s certainly not a big thing.”

She added that she knows these illnesses couldn’t be connected to the Covid-19 outbreak, because the Chinese government told the WHO that those researchers tested negative for COVID-19.

Really? I mean, isn’t it at least conceivable that Chinese authorities would lie about that? We are talking about an authoritarian, secretive government with all kinds of human-rights abuses, that spent the first three to six weeks of this pandemic insisting that SARS-CoV-2 could not spread from human to human.

We’ve got a Chinese laboratory in Wuhan studying coronaviruses in bats, and researchers there get sick with flu-like symptoms in autumn of 2019, shortly before the pandemic begins. A study in The Lancet early in the pandemic reported that “the symptom onset date of the first patient identified was Dec 1, 2019,” while the South China Morning Post reported that the Chinese government had identified the first case as going back to November 17. Last May, NBC News reported that a private analysis of cell phone data concluded there was “no cellphone activity in a high-security portion of the Wuhan Institute of Virology from Oct. 7 through Oct. 24, 2019.”

While the WHO team was in Wuhan, the Chinese government refused to turn over the raw personalized health data from 174 of the first COVID-19 cases to the World Health Organization investigators last month.

But the WHO team maintains there is no reason to believe a lab leak played any role in this pandemic. Their position is, “The known and proven liars assured us that they had nothing to do with it.”