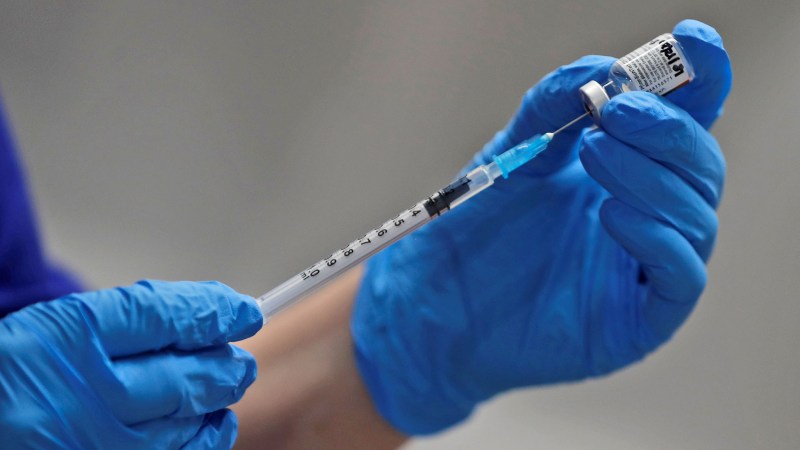 After a really lousy stretch for much of last week, the pace of vaccinations picked up dramatically over the past three days – 2.2 million doses administered Friday, and 2.4 million doses administered each on Saturday and Sunday. The country has chipped away at that backlog that built up last week. After increasing by 11 million over five days, the number of doses waiting to be used or in transit declined by 2.1 million to 21.2 million.

And all of this dramatic jump occurred without the now-approved one-shot Johnson and Johnson vaccine – although apparently that vaccine will be a little tougher to find than the others, at least for the early half of this month:

In an effort to lower expectations that the authorization of a third Covid vaccine will mean a steady new stream of doses, the officials said that the company will deliver 3.9 million shots this week but none the week after. The officials were speaking in an organized briefing with reporters but refused to be quoted by name.

Johnson & Johnson will deliver another 16 million doses to the federal government by the end of March, but the majority of that will only come toward the end of the month, the officials said.

There’s a curious detail in that New York Times story that contradicts some of what was reported earlier:

In a $1 billion contract signed last year, Johnson & Johnson pledged to deliver 37 million doses by the end of March and a total of 100 million by the end of June. But the firm is still trying to scale up its production at its new Baltimore plant.

The initial 3.9 million doses were manufactured at its factory in the Netherlands; officials have said the rest of the doses were expected to come from its Baltimore plant.

In late January, the Baltimore Sun described “tens of millions of doses” of two vaccines already being stockpiled in West Baltimore, one of which was the Johnson & Johnson vaccine.