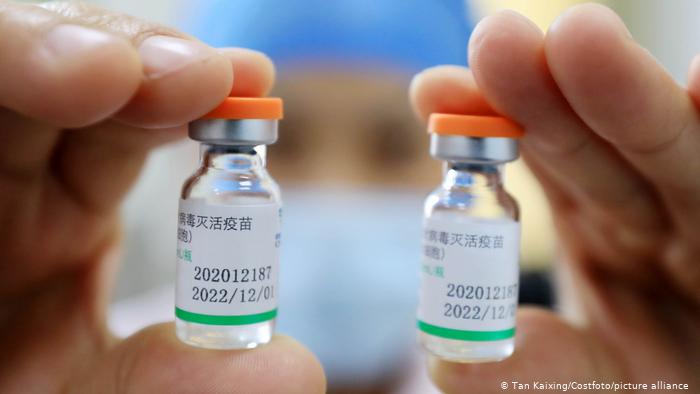 The European Union has long prided itself on being the largest provider of development assistance to Southeast Asia. The same goes for its support amid the COVID-19 pandemic.

The EU has so far provided over €800 million ($950 million) in grants and aid to the Association of Southeast Asian Nations (ASEAN) regional alliance and its 10 member states for their health campaigns during the pandemic, which is “more than that offered by any other partner of ASEAN,” says Igor Driesmans, the EU’s ambassador to the bloc.

On top of this, EU states — branding their international pandemic assistance “Team Europe” — have contributed around €2.2 billion to COVAX, a multilateral effort to ensure equitable distribution of vaccines to the world’s developing countries.

The initiative is spearheaded by the UN’s World Health Organization (WHO). Only the US has provided more money to COVAX than the EU.

In 2021, more than 32 million doses procured through COVAX are expected to reach Southeast Asian states, with around 7 million expected by the end of March and another 15 million by the start of July.

So far, COVAX-donated vaccines have been delivered to Cambodia, Indonesia and the Philippines.

Speaking to DW this week, Driesmans announced that the EU will soon launch a €20 million “South-East Asia Pandemic Response and Preparedness” program, to be implemented via the WHO.

“[It] will enhance regional coordination of the COVID-19 response and strengthen the capacity of health systems in Southeast Asia,” he said.

Referring to the EU’s support for the region, the ambassador underlined that “the numbers speak for themselves.”

Or do they? Data from the latest State of Southeast Asia Report, released last month by Singapore’s ISEAS-Yusof Ishak Institute, provided a mixed message. A tenth of respondents in the region thought the EU had provided the most help amid the pandemic, beating the US but a good way behind China and Japan.

Nevertheless, Japan has thus far only contributed $200 million to COVAX, a tenth of what Team Europe has donated, according to the COVAX donor database. Japan’s development assistance for the pandemic has also been less than the EU’s.

China’s and Russia’s attempts at vaccine diplomacy have been far more visible in the region. Beijing has donated millions of vaccines to Southeast Asian nations since January, and has sold a greater number. On almost all occasions, senior officials from regional governments turned out to lavish praise on Beijing for the deliveries, which arrived in their capitals after lengthy publicity campaigns from the local Chinese embassy.

According to Driesmans, Brussels made a “deliberate choice of choosing the multilateral route, instead of the bilateral one,” the latter of which has been favored by China and Russia. That, however, has reduced the visibility of the EU’s efforts.

“Broadly speaking, the EU’s role is not really seen here,” Bradley J. Murg, a senior research fellow at the Cambodian Institute for Cooperation and Peace, told DW. “Vaccinations here are entirely framed as from China or via COVAX. The latter is framed as essentially a UN initiative rather than a multilateral donor effort.”

Cambodia was one of the first countries in the world to receive vaccines from the COVAX scheme, with the first tranche of around 300,000 doses arriving in Phnom Penh on March 2. In scenes broadcast on national television, the vaccines were loaded off a plane at the capital’s international airport in containers emblazoned with newly-peeled UN stickers, rather than the symbols of the donor states.

Driesmans stressed that the people of Southeast Asia “appreciate that the EU is not waving with vaccines — or promises thereof — in exchange for political favors. EU and ASEAN share a common belief in the need for a joint solution for vaccination.”

He went on: “We need genuine vaccine multilateralism, not a point-scoring contest.”

Still, the EU is keen to increase its influence in the region, especially after it became a “strategic partner” of the ASEAN bloc last year. It has ratified free-trade deals with Singapore and Vietnam over the past two years but is now struggling to keep up the momentum, as trade talks stall with Thailand, Indonesia and Malaysia.

Germany and France are taking part in military maneuvers in the Indo-Pacific this year, while three EU states have so far released their own regional policy strategies, designed to make Europe a respected “middle power” in a region increasingly polarized between the US and China.

Brussels indicated this week that it expects to publish its own Indo-Pacific strategy within months.

The strategy will most likely include plans on how to enhance the bloc’s reputation. The EU has long experienced what Driesmans late last year called a “visibility deficit” in Southeast Asia, with its economic and strategic influence overshadowed by the likes of China, the US and Japan.

For years, the EU has been the largest or second-largest trading partner of several ASEAN states, as well as the largest provider of development assistance to the region.

Despite this, the aforementioned State of Southeast Asia report found that only 1.3% of respondents thought the EU was a dominant economic power in the region, more than double the percentage from last year’s survey but still a long way behind other major partners.

As the EU’s multilateral focus on vaccine support reduces its visibility in the region, Brussels’ reputation has been harmed by negative publicity.

In late January, the WHO criticized Brussels after it imposed export controls on vaccines produced within the bloc, in a response to complaints at the time that drug maker AstraZeneca was not fulfilling its delivery obligations.

On February 1, Philippine President Rodrigo Duterte, who has a long history of pillorying the EU, blamed Brussels for the hold-up in international vaccine deliveries. “AstraZeneca was held hostage by the European Union,” he said.

The EU’s position hasn’t been helped by the fact that COVAX-provided vaccinations have gone to the region’s three states that have axes to grind with the EU.

Brussels has been one of the loudest critics of Philippine President Duterte over his government’s alleged human rights abuses, while last August the EU partially removed Cambodia’s trade privileges as punishment for democratic deterioration in Phnom Penh.

Indonesia started a case against the EU at the World Trade Organization last year over Brussels’ plans to phase out palm oil imports, which Jakarta claims is a protectionist measure. 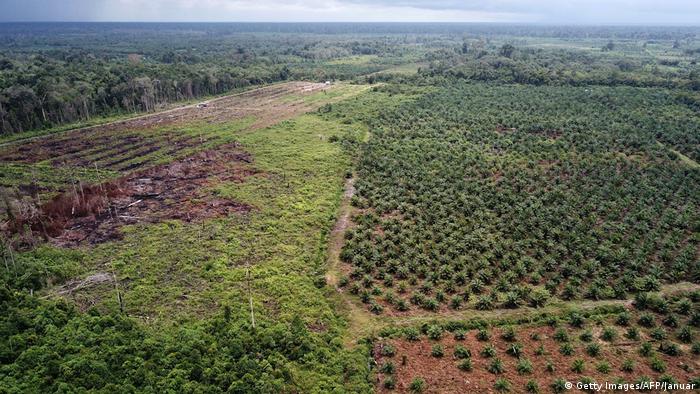 As a result, the governments of the three Southeast Asian states that have been the first to benefit from the EU’s funding of the COVAX initiative are among the least likely to publicly praise Brussels.

But Richard Heydarian, professorial chairholder in geopolitics at Polytechnic University of the Philippines, reckons that the EU’s efforts may bear fruit later in the year, especially if it ramps up deliveries of vaccines, potentially in greater cooperation with the United States.

On March 12, the so-called Quad, an informal forum between the US, India, Japan and Australia, announced that they would provide around $1 billion to COVAX and additional vaccine deliveries to the Indo-Pacific.

“The fight is far from over,” Heydarian told DW, adding that the EU “still has a lot of room for improvement and goodwill to build on because of its decades-long dedication to development” in the region.