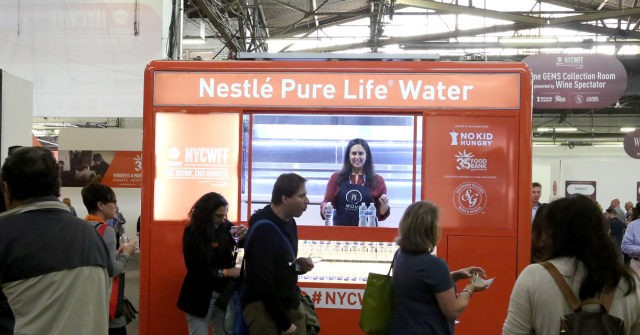 In an op-ed at USA Today Wednesday, four U.S. corporate leaders urged their colleagues in business and industry to work to throw out state and federal legislation that seeks to protect children from life-altering transgender drugs and surgeries and to preserve women’s sports for women.

The leaders asserted such legislation is bad for their businesses.

This excellent piece of writing by Keira Bell is a must-read. Honest, insightful and a truly shocking indictment of the Tavistock care pathway.

“As I matured, I recognized that gender dysphoria was a symptom of my overall misery, not its cause.”https://t.co/rpRZEMVPxx

The corporate leaders referred to such bills and those that seek to preserve girls’ and women’s sports for females alone as “dangerous, discriminatory legislation.”

The business leaders appear to believe that measures such as the Equality Act and similar state-level legislation will provide LGBTQ individuals with the protections they say they need.

“This issue is not political,” they wrote. “Providing the same basic protections to LGBTQ+ people as are provided to protected groups under federal law is the right thing to do for businesses and for society.”

The company leaders applauded Arkansas Gov. Asa Hutchinson (R) for vetoing a bill that would block transgender drugs and surgeries for minors, and lamented that the legislature overrode the governor’s veto.

“Such policies are out of step with the views of most Americans,” they wrote. “The overwhelming majority of Americans support full equality for LGBTQ+ people, according to recent data released by the Human Rights Campaign,” they added, though the leaders do not appear to have consulted the poll released by the feminist organization Women’s Liberation Front (WoLF) in October.

WoLF commends the Arkansas House and Senate for upholding the health and wellness of its gender non-conforming youth #AbolishGender #GenderHurts https://t.co/GCXkGYGAbS

That poll found a majority of likely voters disapprove of policies related to “gender identity,” including those that would eliminate protections for women in single-sex public spaces, such as sports, shelters, and prisons.

The poll, which surveyed 3,500 likely voters across geographic regions, ethnicity, sex, and political affiliation, showed how unpopular such policies are in America, despite activist and media attempts to normalize them.

Even liberal voters, according to the poll, disapprove of efforts to undermine biological sex with gender ideology.

Overall, results found 66.93 percent of those polled say they “strongly disagree” with “gender identity” policies, including a majority of liberal voters.

More specifically, 66.96 percent of likely voters across parties say men or boys who identify as transgender should not be permitted to compete in women and girls’ sports.

A new poll conducted by Spry Strategies for WoLF found a majority of likely 2020 voters disagree with policies related to “gender identity” that would remove protections for women in single-sex spaces such as prisons, shelters, & sports.https://t.co/09PZa5IPXr

The poll also revealed that Black and Hispanic voters are more likely than white voters to support maintaining single-sex spaces, especially in prisons system and public services such as homeless shelters. Meanwhile, the wealthiest Americans (those with household incomes over $150,000) are the most likely to support these policies which are largely unpopular with middle-class voters. These results indicate that those most likely to actually be impacted by gender identity policies (poor or working-class families and people of color) are more likely to oppose them.

Natasha Chart, executive director of WoLF, said in a statement to Breitbart News at the time that “when faced with the consequences of the gender identity policies tucked into LGB nondiscrimination laws, like the Equality Act and Fairness For All, Americans understand that women’s rights and safety require that sex be recognized in law and custom.”

“They recognize that children need to be allowed to mature fully before making irreversible decisions about their future sexual health and fertility,” she added.

Ultimately, the corporate leaders made clear their primary interest is in keeping their companies competitive, a goal they believe they can achieve by reflecting woke culture.

“The ramifications of these discriminatory bills on states’ economic and financial health are also well-documented,” they wrote. “[F]or companies to engage new generations of workers and consumers, while fostering an environment good for people and for business, we must move beyond only public statements of support for LGBTQ+ issues.”