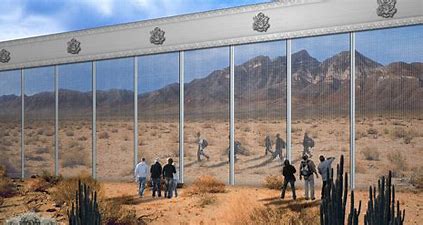 A skyrocketing number of migrant teens from Central America are finding their way into the undocumented workforce of the United States. They are doing rigorous, grueling work often meant for adults, like operating heavy machinery in food processing plants. Exploitation by unscrupulous employers and a lack of follow-up by U.S. authorities mean many get trapped in this vast network of under-the-table labor.

Many of these teens forgo school to secure full-time jobs. Under the guidance of illegal document brokers, some assume identities that hide their true age from their employers. Most of the money they earn goes back to their home countries to help support their families and pay off debts to the smugglers who brought them to the United States.

Undocumented migration from Guatemala, El Salvador, and Honduras started growing dramatically in 2020 as conditions worsened in migrants’ home countries. At first, many of these migrants (both adults and children) were immediately expelled back to their countries under Title 42. The Trump administration invoked this public health order starting in March 2020 in the name of combatting COVID-19.

By law, unaccompanied minors from Central America who are encountered by the U.S. Department of Homeland Security (DHS) are transferred to shelters run by the Department of Health and Human Services (HHS). HHS then searches for a sponsor who can care for the child. Sponsors are usually family members who are already living in the United States (although they may also be undocumented). Once a sponsor has filled out the paperwork and gone through a background check, HHS will release the child into their care.

Illegal document brokers are ready and waiting for undocumented teenagers when they are most vulnerable. The brokers arm them with a fake name and date of birth, as well as a link to a valid social security number.

Many undocumented immigrants (adults and teens alike) turn to labor contractors or staffing agencies to find jobs. For instance, this is how many chicken processing plants in the South find workers. Under this arrangement, the plant doesn’t have to worry about whether new workers are authorized to work in this country. Rather, the contractor doing the hiring is obligated to ensure that all employees are work authorized. This workaround increases the chances of employers exploiting undocumented minors.

Some employers deliberately and brazenly take advantage of the fact that many of their workers are undocumented, underage, or both. The employers may pay substandard wages, maintain poor working conditions, or demand excessively long work shifts under the assumption that their workers are in no condition to complain to anyone about it.

The federal government must remain vigilant with all employers and guarantee that wage and labor laws are vigorously enforced for all workers. HHS should also try to make sure that children are not sent to sponsors who will take advantage of them and follow up more carefully to help fight labor trafficking.