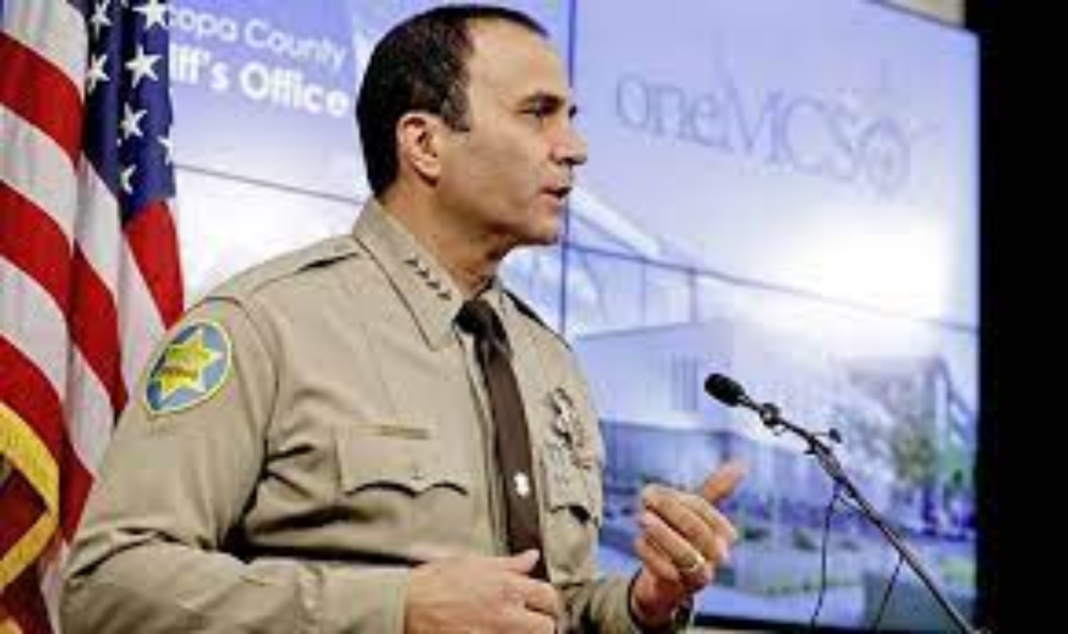 We’ve recently reported on the Sheriff of Maricopa County who was backed by George Soros in the 2016 election.  Sheriff Paul Penzone was with the Maricopa Board of Supervisors when they begged the Arizona Senate to stop the audit they were in the process of executing in the County.

Then at one point during the audit, it was uncovered that the Maricopa Board of Supervisors refused to provide information requested for review.  This was unheard of in any audit.  The Board claimed that providing router data posed a threat to the Sheriff’s office.  The router information would have shown where items were sent and at what time and the size of the transfer of information.

Is Maricopa County Board of Supervisors Covering Up for Soros Connected Sheriff’s Communications As Much As for 2020 Election Activity?

Now in a different case Penzone is likely facing contept charges for committing similar inactions.  A federal judge signalled on Thursday that he will find Sheriff Paul Penzone in contempt for taking too long to investigate charges of misconduct among officers.

In a pointed rebuke after the U.S. Department of Justice asked U.S. District Judge G. Murray Snow in March to order a contempt hearing, Snow said Penzone’s department is “clearly” out of compliance with his 2016 court order to overhaul the investigation process.

“Even if I believe everything in the brief is true, which I don’t, I would still find the sheriff in contempt,” Snow told the attorneys early in the hearing, referring to Penzone’s response to the Justice Department’s request for an order to show cause.

The Justice Department and the sheriff’s lawyers should focus on negotiating remedies, not the moot merits of a potential contempt case, Snow said.

Why does this surprise no one?