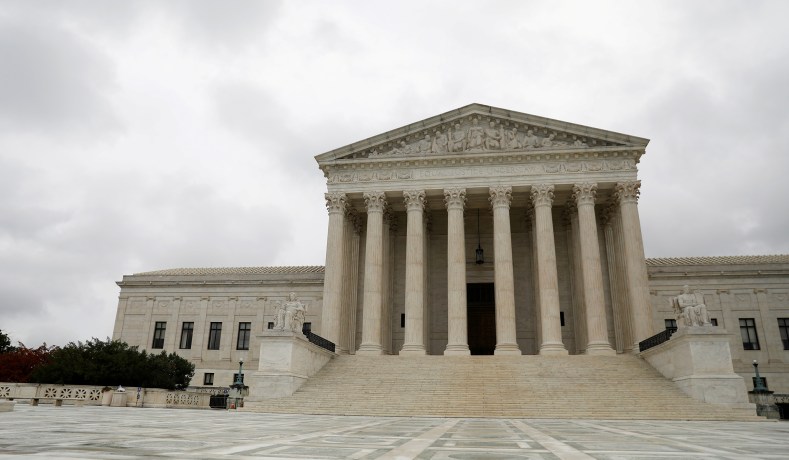 All other things being equal, I would prefer that the Biden administration was not creating a bipartisan commission to examine expanding the number of justices on the Supreme Court or setting term limits for justices.

But I’m not that worried about it — or at least, I’m not that worried that this “bipartisan commission” will generate much political cover for Biden and Senate Democrats altering the number of justices for the first time since 1869. And I think deep down, Joe Biden would rather not even try.

If a president wants to enact a particular proposal . . . he enacts a particular proposal. He doesn’t sit and wait another six months for some blue-ribbon commission to look at and write up a report about what they think. Presidents kick thorny, complicated issues to bipartisan blue-ribbon commissions because they either don’t want to deal with it, genuinely don’t know what to do, or want political cover for a decision they know will be unpopular. And expanding the court is unpopular: A Yahoo News/YouGov poll last year found only 32 percent of Americans backed the proposal.

Bipartisan blue-ribbon commissions generally turn into one-day stories. The last one that had a lasting policy impact was the 9/11 Commission. The Iraq Study Group called for a full withdrawal by early 2008, but President Bush pursued the surge of 30,000 additional troops. Commissions on fiscal policy haven’t fared much better:

President George W. Bush had a bipartisan commission, co-chaired by former senator Daniel Patrick Moynihan (D., N.Y.) and Richard Parsons, chief operating officer of AOL/Time Warner. The commission unveiled their recommendations . . . and it went nowhere. Nobody on Capitol Hill was interested in making a dramatic change to Social Security, and other issues like the war on terror, Iraq, and Katrina overtook the agenda. The Obama administration had the Simpson-Bowles National Commission on Fiscal Responsibility and Reform . . . and those proposals also went nowhere.

Bipartisan commissions can only make recommendations, not decisions. The lawmakers who face the judgment of the voters at the ballot box often choose to ignore those recommendations.