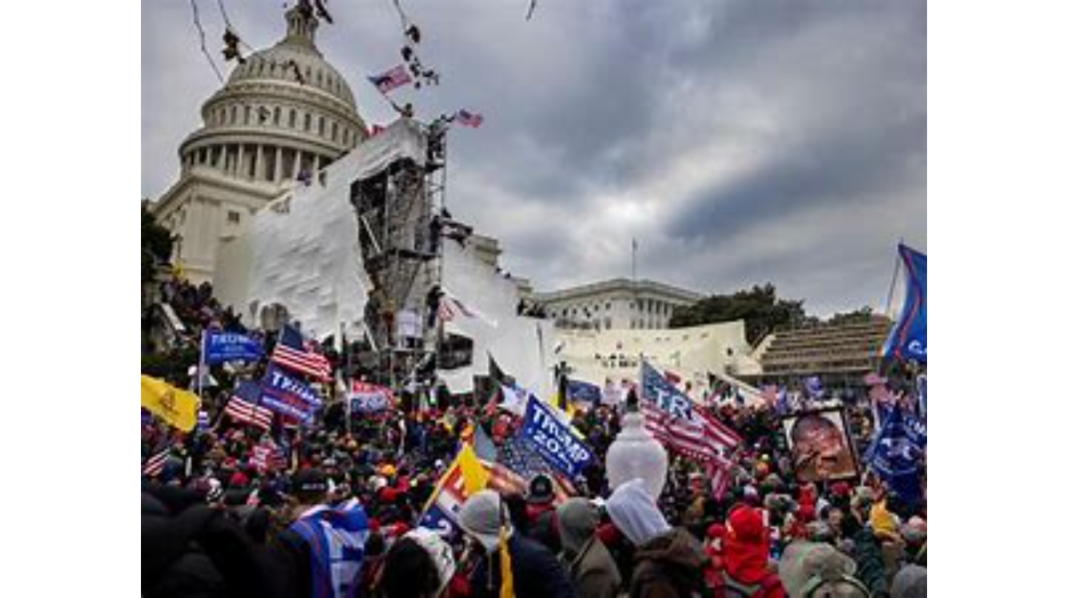 April 6, 2022: The Real Story of January 6, a nine-hour documentary about a six-hour event, debuts on MSNBC. New footage.

June 6, 2022: America, prepare to mourn. A dark milestone has been reached. It has been 18 months since January 6. Flood-the-zone CNN coverage. New footage.

July 6, 2022: Oops. Wolf Blitzer: “CNN has learned that June 6, 2022, was actually only the 17-month point. Now back to our round-the-clock coverage.” Plus new footage that’s different from last month’s new footage. This footage is only of a cleaning lady putting things to rights the next morning, but still.

August 6, 2022: Special bulletin to interrupt summer vacation: “It has now been a full 19 months since January 6. Anderson Cooper is here with the story. Anderson, I understand you have new footage of a different cleaning lady?”

September 6, 2022: Rachel Maddow triumphantly takes up all of MSNBC prime time with a three-hour special explaining a convoluted theory that Vladimir Putin secretly colluded with Donald Trump on January 6. She cites unidentified sources, and they are definitely not Democrats.

October 6, 2022: CNN and MSNBC go over January 6 one more time as they both get defeated in the ratings by a rerun of a 1976 episode of Match Game on an obscure cable network called “Buzzr.”