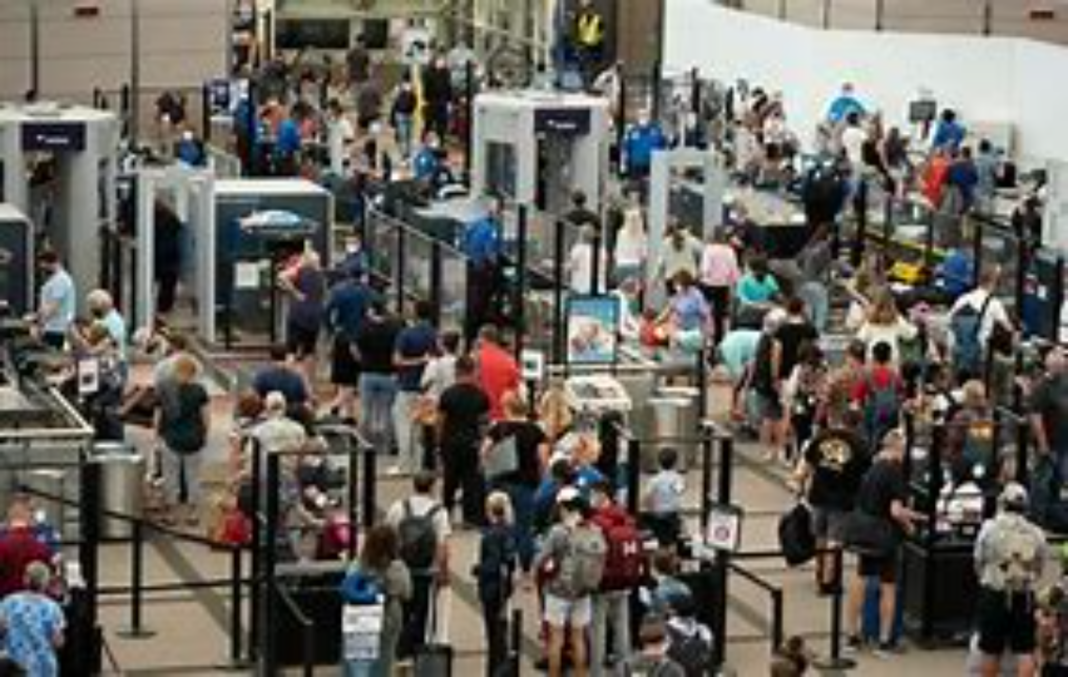 Three European Union officials said on Sunday that member states are being advised to remove the United States from a “safe list” beginning today. They say the action is necessary because of the surge of COVID-19 infections and hospitalizations in the United States in recent weeks. And, as predicted, the EU voted today to do just that. The list is meant to unify travel rules across the EU.

This is a reversal of a decision made in June to reopen most European countries to Americans after more than a year of travel bans due to the pandemic. The new restrictions will not be mandatory, though, and it is up to individual countries in the 27-nation bloc to make decisions on imposing quarantines and testing requirements. Simply speaking, the summer pass for the sake of reviving the tourism industry is now over. After ignoring the rates of coronavirus infections in the U.S. this summer, now the EU wants to use the number of cases as their excuse to close off its member states now.

The criteria for allowing residents to travel into the EU for nonessential travel requires no more than 75 COVID-19 cases per 100,000 over the past two weeks.

Though recommendations have yet to be released, the EU advisory could affect some of its member nations as they move to reopen.

It should be noted that Europeans are under a travel ban by the United States. There has been friction from frustration over a lack of cooperation by the U.S. in lifting travel bans with European countries. If a country is on the EU’s safe list, travelers from those countries can visit without quarantining. All they have to do is show proof of vaccination or a negative test. Countries not on the safe list are barred from nonessential travel. They can be subjected to testing and quarantine.

During the summer months, Americans could visit countries and help revive their economies through tourism dollars. Some countries have required proof of vaccinations to enter some venues like museums and restaurants where larger crowds likely gather.

Other countries will also be removed from the safe list – Kosovo, Israel, Montenegro, Lebanon, and North Macedonia.

The non-binding list currently has 23 countries on it, including Japan, Qatar, and Ukraine, but some of the 27 EU countries already have their own limits on U.S. travelers in place.

The decision on new EU travel restrictions for foreigners would become final on Monday should no EU country object, the sources, as well as two more EU officials, added.

The vaccination rate in the United States is trailing other countries, such as those in the EU. Last month, the EU showed a 64 percent rate of vaccination with at least one dose of a coronavirus vaccine. In comparison, the U.S. is at 60 percent. How did the EU countries, after such a slow start, overtake the United States? Efforts in the U.S. peaked in April while the EU effort to get people vaccinated grew faster than those in any other region of the world. By July, the EU went ahead of the U.S. in the number of at least one dose of vaccine administered. Like in the U.S., there was resistance to the vaccines but resistance in the U.S. is more widespread. There is more resistance along partisan political lines, for example, and that is not found in EU countries.

There is no indication that the Biden administration will lift the travel ban on Europeans traveling into the U.S. any time soon. The current policy toward Europeans from 29-Schengen countries as well as the UK and Ireland is that they are not allowed to enter the U.S. without spending 14 days in a country that doesn’t appear on the CDC list of prohibited countries. Even if you have proof of vaccination with a passport, those from prohibited countries are not exempted. The US also bars citizens from China, Iran, Brazil, South Africa, and India from entering the country as well.