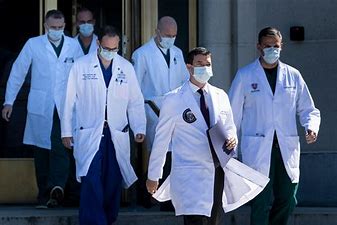 Major technology companies and social media platforms have removed, suppressed or flagged the accounts of more than 800 prominent individuals and organizations, including medical doctors, for COVID-19 “misinformation,” according to a new study from the Media Research Center.

Instances of censorship included Facebook’s decision to flag the British Medical Journal with a “fact check” and “missing context” label, reducing the visibility of a post, for a study delving into data-integrity issues with a Pfizer vaccine clinical trial.

Facebook also deleted the page of the Great Barrington Declaration, an open letter led by dozens of medical professionals, including Dr. Jay Battacharya, a Stanford epidemiologist, and Dr. Martin Kulldorff, a former employee of the Centers for Disease Control and Prevention, which advocated for less restrictive measures to address the dangers of COVID-19.

“Big Tech set up a system where you can’t disagree with ‘the science’ even though that’s the foundation of the scientific method,” Dan Gainor, MRC vice president of Free Speech America, told the Daily Caller National Foundation. “If doctors and academic journals can’t debate publicly, then it’s not science at all. It’s ‘religion.’”

Big Tech also scrubbed podcast host Joe Rogan’s interviews with scientists Dr. Peter McCullough and Dr. Robert Malone, the latter of whom was instrumental in pioneering mRNA technology. Twitter banned Malone from its platform permanently in late December over the virologist’s tweets questioning the efficacy and safety of the COVID-19 vaccine.

In addition to medical doctors, the study examined instances in which members of Congress were censored by tech platforms.

These included an incident last August in which YouTube suspended Sen. Rand Paul, R-Ky., for posting a video arguing that “cloth masks” are not effective against the coronavirus, a view later echoed by many prominent medical commentators. Twitter also flagged a tweet from Rep. Thomas Massie, R-Ky., in which he wrote “studies show those with natural immunity from a prior infection are much less likely to contract and spread COVID than those who only have vaccine-induced immunity.”