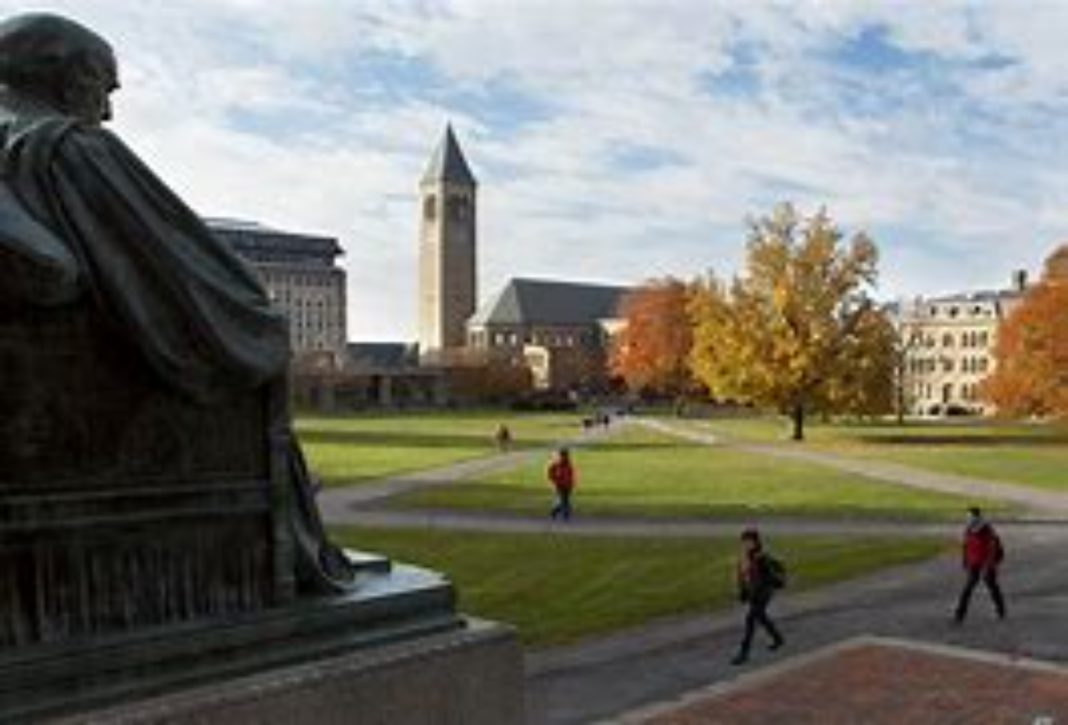 Cornell University is shutting down its Ithaca, N.Y., campus and is moving to “alert level red” — it’s highest alert level — due to what officials say is a rapid spread of COVID-19 cases among students.

As of Tuesday afternoon, the campus reported 469 active student cases of the coronavirus and that, for the week of Dec. 6, about 3% of tests were positive among the students tested, according to Cornell’s online COVID dashboard.

Because of the closures across campus, Pollack said all final exams for the fall semester will be moved online and all campus activities, including campus athletics, are canceled. The school’s libraries are also closed for students.

In addition, the school’s recognition ceremony for fall graduates scheduled for Dec. 18 is canceled.

In response to an increase in COVID-19 cases and evidence of the Omicron variant, Cornell is moving to Alert Level Red and announcing a number of immediate measures, including final exams moving online as of noon, Dec. 14.https://t.co/Scj0FZBEuA

“While I want to provide reassurance that, to date, we have not seen severe illness in any of our infected students, we do have a role to play in reducing the spread of the disease in the broader community,” Pollack said.

Joel Malina, vice president for university relations, told NPR in an emailed statement that for the past 20 months, the university has developed and followed a “science-based approach” to COVID-19 decision-making.

The decisions, which include ongoing modeling and surveillance testing, helped campus officials to identify positive cases early and to minimize the spread of the virus on campus, Malina said.

“Virtually every case of the Omicron variant to date has been found in fully vaccinated students, a portion of whom had also received a booster shot. We have not seen evidence of significant disease in our students to date,” he added.

Cornell’s last day of classes was Dec. 7, according to its campus academic calendar. The fall final exam period for students is scheduled from Dec. 11-18.