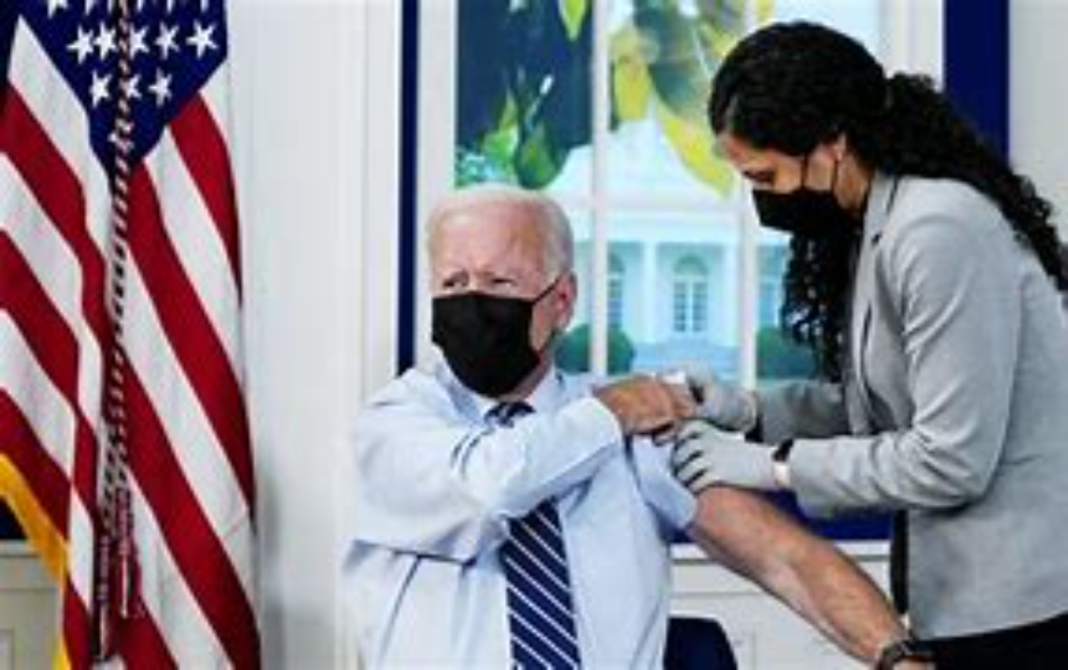 I can imagine various explanations for this but there’s one especially interesting theory that’s circulating. Whatever conclusion you end up settling on, though, the trend is a big deal. The pandemic remains the country’s biggest challenge and Biden got elected by promising that he’d be up to it more than Trump was. If voters conclude that he isn’t, there’s no telling how bad next fall could get for Democrats.

“For the first time in his presidency, Joe Biden faces a trust deficit among Americans when it comes to COVID-19” https://t.co/VfhW1F5pv4 pic.twitter.com/GYR3LLcPYA

He’s down double digits in all three partisan groups on his handling of COVID since January, per Axios. But why did things shift so dramatically between August and September? Take your pick:

— The brutal wave of Delta in the southeast proved that we’re not as close to done with COVID as we thought, leading pandemic-weary Americans to instinctively blame the guy in charge. At its most basic level, Biden’s campaign was a pledge that America would no longer have to endure the waves of mass death that it saw last year and this past summer. Thanks to the new variant, that pledge has been broken.

— The fiasco in Afghanistan shattered hopes that Biden would be competent at governing thanks to his decades of experience in Washington and now that disillusionment is bleeding over into other policy realms. One’s assessment of a political leader can never be fully compartmentalized by issue. If Biden looks like he doesn’t know what he’s doing on foreign policy, his constituents will wonder if he knows what he’s doing on COVID too.

— The public has grown disillusioned with the public-health bureaucracy and Biden, as the head of that bureaucracy, is paying a price for it. “The trust problem as the virus lingers goes beyond Biden, with declines over time for the Centers for Disease Control and Prevention (now 64%) and state governments (50%),” Axios notes, adding that trust in the media’s reporting on COVID has also dropped. Vaccinated Americans were told they could take their masks off in May, then were told to put them on again at the end of July. Biden announced that everyone would be getting a booster beginning on September 20, then had to walk that back when the CDC and FDA said only vulnerable people would need one. Kids are back in school but the rules on mask-wearing, testing, and quarantining are a haphazard patchwork across localities.

Some states, like Oregon, require masks to be worn outdoors. Others, like Florida, ban local governments from mandating masks. People are tired and confused. Trust in America’s political leadership is destined to drop, beginning with the president.

But then there’s that other interesting theory I mentioned…

Let’s remember what Biden announced in early September, around the inflection point… 👇 pic.twitter.com/nyri3F7Zd9

Pushaw is Ron DeSantis’s spokesman. She has a political interest in wanting to blame vaccine mandates for the loss of trust in Biden — but that’s not to say she’s wrong. Think back to this poll from last week showing that Biden lost 12 net points off his job approval among black voters after he announced the mandate, including a 17-point drop among unvaccinated black voters specifically. It may be that some Americans, particularly Democrats, who thought he was doing well enough in handling COVID began to lose faith in him when he slapped a massive vaccine mandate on tens of thousands of businesses.

The White House might be willing to accept that loss of faith as the price of putting the mandate in place if it’s only temporary, which they’re betting it will be. If the mandate ends up increasing population immunity appreciably, that means the pandemic will recede sooner, which means the economy will grow sooner, which means Democrats will be better positioned by next fall for the midterms. The mandate is part of a long-term (well, medium-term) strategy. But the short-term blowback might be ugly in Biden’s polling. Case in point: The 50/50 swing state of North Carolina isn’t 50/50 at the moment.

The survey, conducted by High Point University, found that 38 percent of North Carolinians approve of the way Biden is handling his job as president, compared to 48 percent who disapprove. Fourteen percent of respondents said they do not know or refused to respond.

A majority of North Carolinians also said they believe things in the country have gotten off track: 60 percent of respondents said the U.S. is on the wrong track, with only 28 percent saying the country is headed in the right direction…

On COVID-19, 46 percent of North Carolinians said they disapprove of the job Biden is doing, compared to 42 percent who approved.

I think the White House would say that I’m confusing cause and effect here. It’s not the mandate that’s driving his numbers on COVID down, it’s the resurgence of the pandemic in the Delta era that’s driving it. Getting more people vaccinated via a mandate is the cure to his political problem potentially, not the source of it.

But it can be both, no? People support the mandate on balance, polls show, but some otherwise loyal Democrats like unvaxxed African-Americans may have been put off by it. That may create a second political problem for Biden even as the daily drumbeat of vaccinations helps solve a different one.

He and his team aren’t going to sweat it for now. But they’re watching the gubernatorial race in Virginia verrrrrry closely. If a well-known, well-funded former governor like Terry McAuliffe can’t hang on in a blue state which Biden won by 10 points, the entire Democratic Party will wet its pants at the thought of what’s coming next year. Stay tuned.