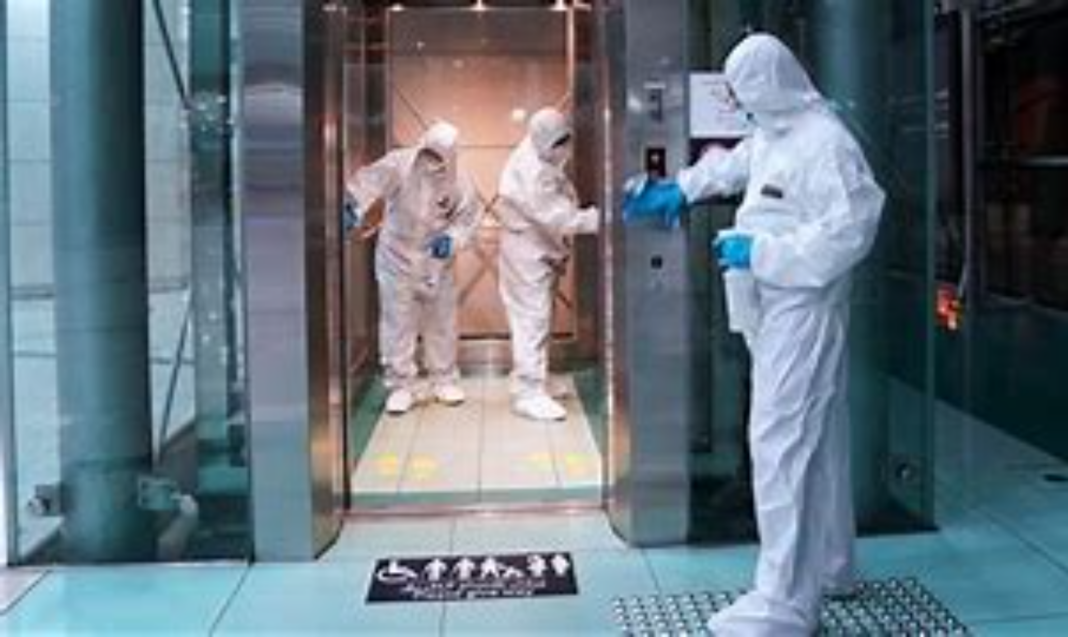 Offhand I don’t see how the percentage of unvaccinated people could be higher for hospitalizations than it is for deaths. Isn’t the latter always a fraction of the former? Did a higher share of vaccinated people who fell gravely ill from COVID decide to tough it out at home instead of going to the ER than the unvaccinated did?

Now that I think of it, maybe that’s not so crazy. If you’re vaccinated, you’ll be tempted to believe that COVID can’t kill you. Maybe some vaxxed people who caught the virus and deteriorated went on believing to the bitter end that they would rebound and recover without needing hospital care.

Or maybe the explanation is simpler. Unvaccinated people skew younger while vaccinated people skew older. Someone who’s unvaxxed but needs hospital care is thus likely to be a young adult at this stage of the pandemic and therefore likely to survive. Whereas someone who’s vaccinated and yet somehow still ill enough to require hospital care may be very old and less responsive to treatment.

Anyway, the point is that Rochelle Walensky was right. Nearly every COVID death in the United States is preventable now, which makes every death that much more tragic. The AP reports:

An Associated Press analysis of available government data from May shows that “breakthrough” infections in fully vaccinated people accounted for fewer than 1,200 of more than 853,000 COVID-19 hospitalizations. That’s about 0.1%.

And only about 150 of the more than 18,000 COVID-19 deaths in May were in fully vaccinated people. That translates to about 0.8%, or five deaths per day on average…

In the St. Louis area, more than 90% of patients hospitalized with COVID-19 have not been vaccinated, said Dr. Alex Garza, a hospital administrator who directs a metropolitan-area task force on the outbreak.

“The majority of them express some regret for not being vaccinated,” Garza said. “That’s a pretty common refrain that we’re hearing from patients with COVID.”

In mid-April the CDC reported that it knew of 74 deaths among 66 million vaccinated people. The AP just added another 150 to that over the course of the month of May. Let’s assume another 75 deaths during the second half of April and another 150 so far this month, which is nearly over. As of today, 151,252,034 Americans have been fully vaccinated. If 450 of them ended up dying of COVID based on our estimates, the rate of death from COVID among vaccinated people is a microscopic .0003 percent. And I’d bet decent money that the majority of those who died skewed very old.

Nearly every death is preventable now, like the lady said.

That’s the good news. The bad news is that cases in some states are starting to tick upwards again thanks to the B.1.617 Indian/Delta variant. Nothing explosive so far, obviously, since we’re starting from a low baseline and there’s lots of immunity across the population by now. But the trends in a few red states are in the wrong direction:

For the first time in two months, hospitalizations in the U.S. have also ticked up ever so slightly as well. Until this week the day-over-day decline had been steady since mid-April, collapsing from 46,000 daily to less than 17,000 a week ago. After reaching 16,606 on Sunday, though, we’ve inched up to 16,647, then 16,686, and yesterday we jumped back to 17,050. The red states listed above that are experiencing a rise in cases are also seeing a rise in hospitalizations. Normally we might wave off an increase that slight as a blip but the emergence of the Delta strain here and abroad has the feds worried about the possible start of a wave among the unvaccinated.

And Delta might not be the worst iteration of the virus for long. The UK has already identified a “Delta Plus” variant that “exhibits several worrying traits such as increased transmissibility, stronger binding to receptors of lung cells, and a potential reduction in antibody response.” Will the vaccines be able to handle that one as well as they handle Delta? Stay tuned.

In lieu of an exit question, here’s the latest scientific modeling showing that masks work — sort of. Surgical masks limit the spread in low-transmission environments, i.e. not hospitals. How your average cloth mask does in a crowded retail space is unclear.