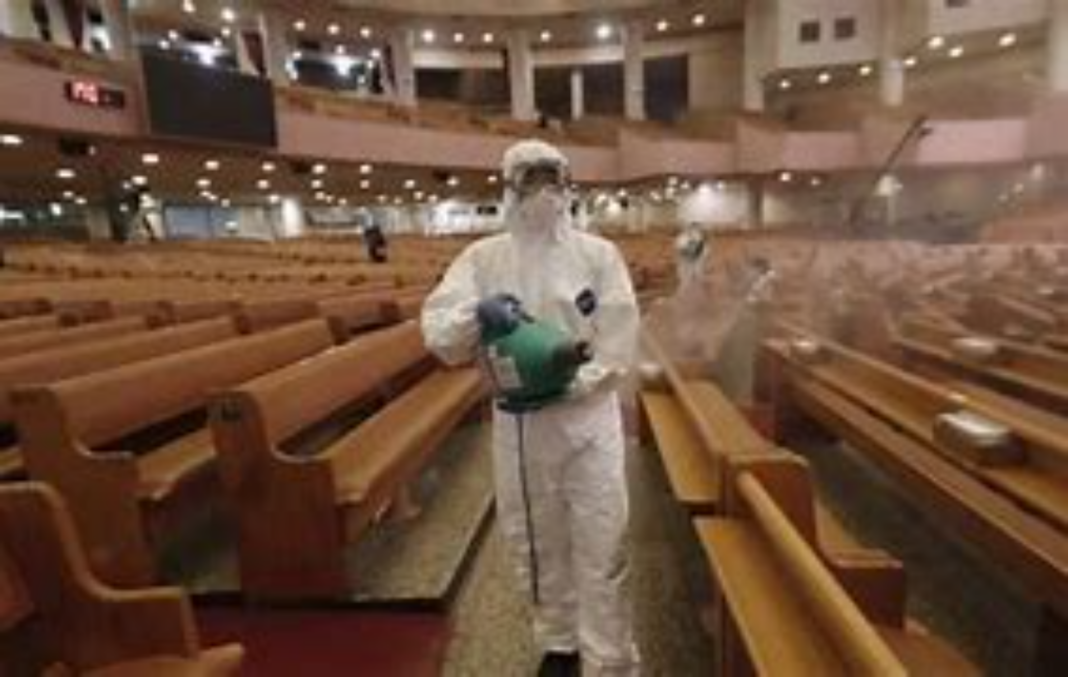 An increase of coronavirus infections around the world are forcing some governments to reimplement lockdown measures to control the spread of the virus.

From Australia to Israel and around Europe, health officials announced new restrictions ahead of the weekend as they report clusters of outbreaks and try to mitigate further transmissions. These decisions come as the more transmissible Delta variant of the coronavirus becomes the dominant strain in several countries.

In the U.S., the picture looks very different where, despite warnings from health officials, many places are still reopening.

This week Dr. Anthony Fauci of the National Institutes of Health warned that the Delta variant poses a serious threat to unvaccinated people. At the same time, President Joe Biden announced the White House will miss its goal of getting 70% of Americans vaccinated by July 4.

Restrictions in Hawaii for vaccinated travelers, for example, will be lifted next month despite the state’s immunization rate remaining under the state’s goals.

Hawaii Gov. David Ige had previously said Hawaii would lift these travel restrictions when the state reached 60% vaccination levels. The figure went from 53% June 4 to 57% as of June 21, but Ige said the state will reach their goal by July 8.

That same day, the state plans to end its pre-travel COVID-19 testing requirement for visitors from the mainland U.S. who are fully vaccinated. Travelers would still need to submit their vaccine card to the state government’s Safe Travels website.

“I know that this change has been widely anticipated and it will make it easier for residents to return home and for visitors to come and enjoy our islands,” Ige said.

Authorities in Australia’s New South Wales region announced Friday that due to an evolving COVID-19 outbreak in the region, restrictions on non-essential travel will be in pace until July 2.

“This is in order for us to ensure that this doesn’t take a hold for weeks and weeks, and we believe this is a proportionate response to the risk,” said Gladys Berejiklian, the premier of New South Wales state.

Residents across greater Sydney were advised to limit unnecessary activity and avoid large gatherings in coming days and comply with the current restrictions.

This latest outbreak is being blamed on a Sydney airport limousine driver, who wasn’t vaccinated, didn’t wear a mask and is suspected to have been infected while transporting a foreign air crew, according to the Associated Press.

In Israel, the government will require residents to wear masks indoors again, after first cancelling the mandate a week ago. The country will also postpone plans to allow certain international visitors into the country.

The country was lauded for vaccinating large swaths of its population and returning largely to normal in May. But as of Thursday, more than 180 people tested positive for the coronavirus–the fourth day in which infections exceeded 100.

Travelers looking to go to Israel will also have to wait a little longer to visit.

The country is postponing the date vaccinated tourists can enter from July 1 to at least Aug. 1. Authorized tour groups may still enter the country, the government said.

Prime Minister Naftali Bennett announced a national campaign to vaccinate people aged 12 and under. He also urged residents not to travel abroad if they don’t have to.

Portugal shuts down its capital amid new cases

In Portugal, where the Delta variant now accounts for more than seven in 10 new infections in the capital, government officials announced new restrictions starting this weekend.

“We are in a fight against time between the progression of the disease and the process of vaccination,” Minister Mariana Vieira da Silva said in a news conference Thursday.

New restrictions include capacity limitations for restaurants and cafes, and mandated closing times for 3:30 p.m. on weekends. Event venues will only be allowed to have 25% capacity, down from the previous 50%.

Weekend travel in and out of Lisbon is banned unless visitors can show a negative coronavirus test. Each of these policies will be reviewed on a weekly basis, according to the Portuguese government.