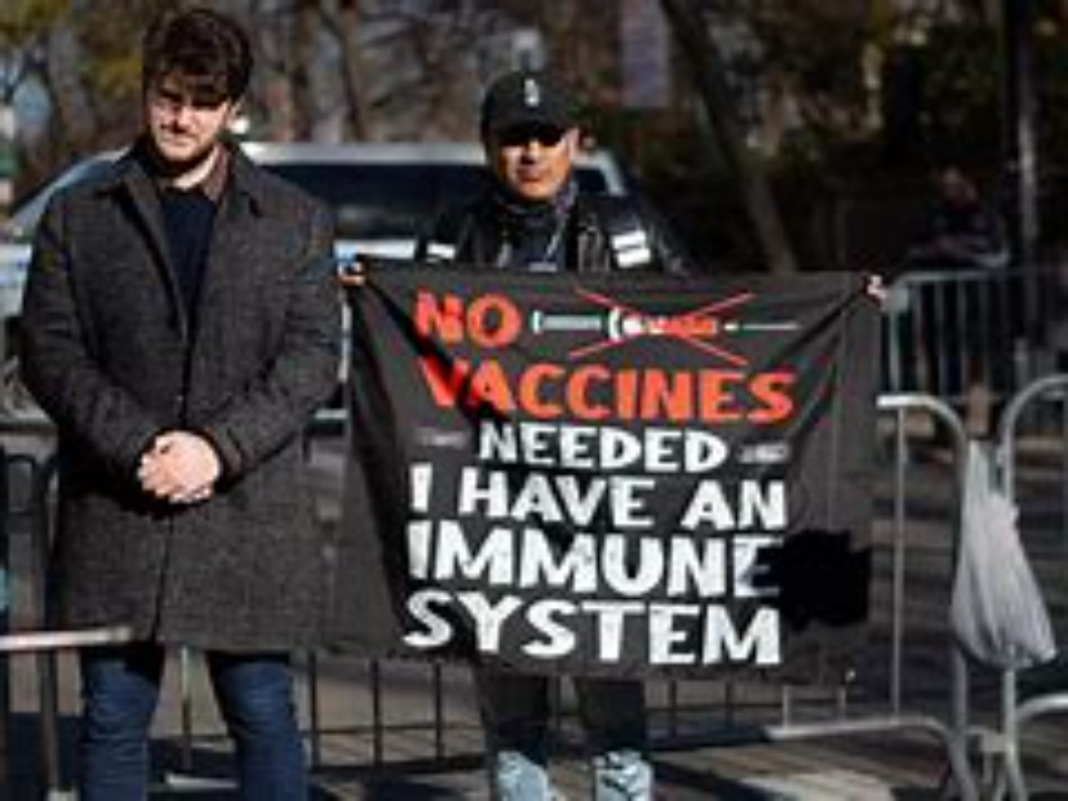 President Joe Biden’s COVID-19 vaccine mandate for 84 million private employees is set to take effect in just about two weeks—unless the U.S. Supreme Court steps in to stop it.

The Heritage Foundation, a petitioner in the case against Biden’s mandate, asked the high court Saturday to halt the government’s order. Heritage, a private employer with more than 100 workers, is subject to the Occupational Safety and Health Administration’s requirement. (The Daily Signal is Heritage’s news outlet.)

Biden announced the mandate in September and OSHA issued its rule in November. It ordered employers to “develop, implement, and enforce a mandatory COVID-19 vaccination policy” and required any workers who remain unvaccinated to “undergo [weekly] COVID-19 testing and wear a face covering at work.”

In its Friday ruling, the 6th Circuit reinstated Biden’s mandate—a 2-1 decision written by a judge appointed by former President Barack Obama. The ruling sets up a likely showdown at the U.S. Supreme Court.

“The American people should be able to make their own personal medical decisions without the federal government forcing their employers to punish them or collect their private information,” Heritage Foundation President Kevin Roberts said in a statement. “We won’t stop fighting for the millions of Americans affected by this unlawful mandate.”

OSHA updated its guidance following Friday’s circuit court ruling. While the mandate is still scheduled to go into effect Jan. 4, 2022, the agency said it would be “exercising enforcement discretion.” A notice, posted on OSHA’s website, states:

Heritage, whose scholars have written extensively on COVID-19 vaccine mandate, argues that OSHA lacks the authority to impose such a rule on private businesses. Heritage’s Doug Badger and Paul Larkin, writing for The Daily Signal, argued that Congress created OSHA for a singular purpose: to promote workplace safety. They added:

OSHA inspectors look for hazards that can potentially harm employees, such as improperly stored chemicals, inadequately lighted or ventilated workstations, or lack of protective equipment (e.g., gloves and hard hats). Vaccines against viruses are an entirely different form of protection and are beyond the scope of OSHA’s mandate.

Even those within the Biden administration have endorsed the theory that OSHA’s approach is the “ultimate work-around” to require a vaccine mandate on private employers. White House chief of staff Ron Klain retweeted an MSNBC anchor’s assertion, prompting the 5th Circuit to cite Klain’s action in its Nov. 12 decision upholding a stay.

The 6th Circuit took a different view. Judge Jane B. Stranch, an Obama appointee, wrote in her opinion dissolving the stay: “The record establishes that COVID-19 has continued to spread, mutate, kill, and block the safe return of American workers to their jobs. To protect workers, OSHA can and must be able to respond to dangers as they evolve.”

Heritage, which retained the American Center for Law and Justice to represent the organization, argued in its application to the Supreme Court that the federal government exceed its authority under the Commerce Clause and violated the 10th Amendment to the U.S. Constitution.

“Under the 6th Circuit’s reasoning, the Commerce Clause would permit wide-reaching governmental mandates of all kinds so long as they were accomplished by regulating employers,” Heritage states in its application. “There would be no definitive limit to OSHA’s authority to require businesses to take steps to protect employees from workplace dangers, even when those steps force employees, not employers, to take a vaccine.”

A history lesson regarding the Dallas Mavericks and the National Anthem