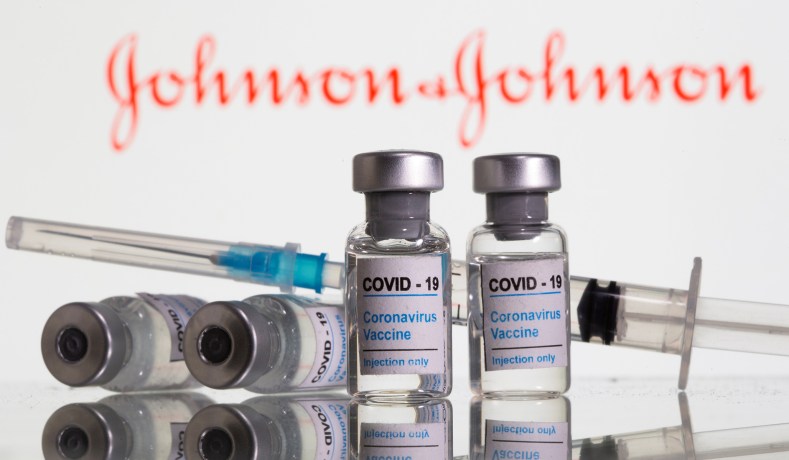 If it turns out to be true, the claim from three senior administration officials to Politico that Johnson & Johnson may not meet its goal of delivering 20 million doses by the end of March would indeed be bad news.

But Johnson & Johnson’s failure to deliver as many doses as previously promised wouldn’t really get states or the Biden administration off the hook for only administering, as of this weekend, 2.3 million of the 4.3 million doses of the vaccine delivered. A shipment of vaccines that doesn’t arrive on time to a distribution point is bad. But a shipment of vaccines that arrives at a distribution point and then doesn’t get used promptly feels worse.

The unnamed administration officials chose to speak the same Politico reporters who had the scoop of the unused doses on Monday, in what feels like an effort to divert some of the blame back to Johnson & Johnson.

Yesterday’s headline brought some fascinating objections from a few Biden defenders, who insisted that states and localities are running their own vaccination programs, so it’s not the Biden administration’s fault that J&J vaccines are being left on the shelves unused. If that’s the case, then the Biden administration shouldn’t be taking credit for states increasing the amount of vaccinations each day. And if the rollout of the vaccines is entirely a state’s responsibility, then the Biden team can’t plausibly argue that the Trump administration botched the job. In short, Biden fans want their man to get credit for everything that goes right, and none of the blame when things go wrong.

Is the cold war really over?

The Armed Citizen:Man Defend Himself from Carjackers