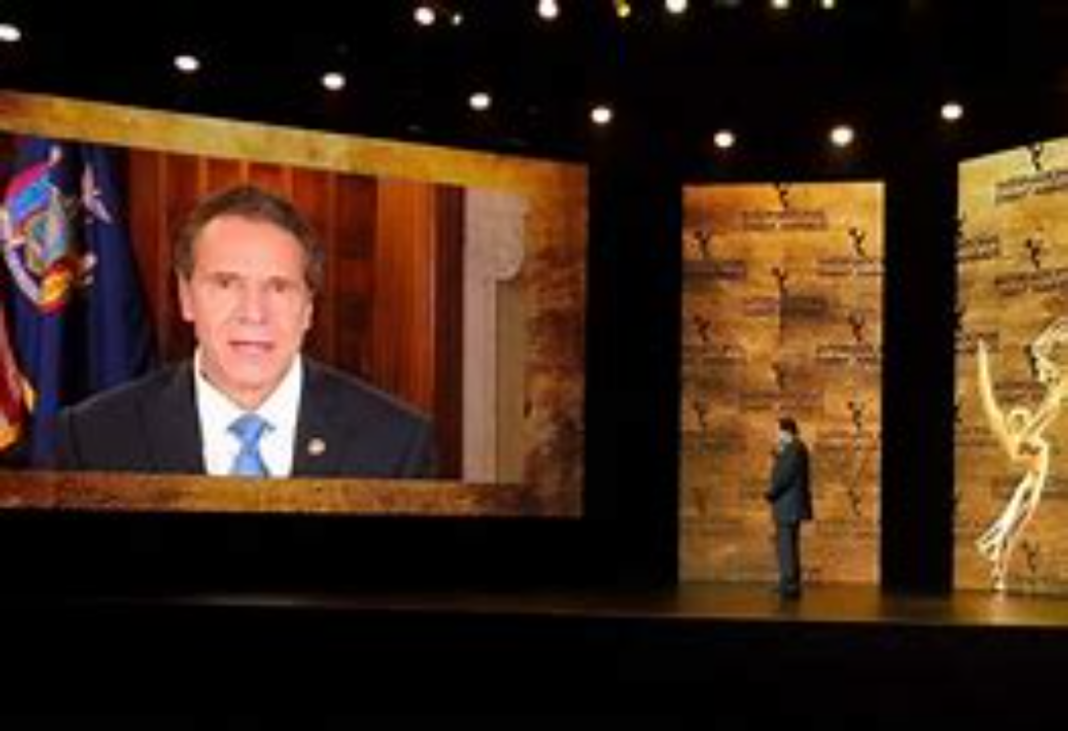 Andrew Cuomo, the disgraced former governor of New York, is an Emmy-award-winning politician no more.

The International Academy of Television Arts and Sciences released a statement yesterday announcing that “in light of the New York attorney general’s report, and Andrew Cuomo’s subsequent resignation as governor, it is rescinding his special 2020 International Emmy Award.” Just last November, when Cuomo was still hailed as the white knight of New York battling COVID-19, he received this international Emmy award “in recognition of his leadership during the Covid-19 pandemic and his masterful use of television to inform and calm people around the world.” At the time, the news was baffling and a source of amusement to many. It is hardly customary for Emmys to be awarded to individuals unaffiliated with show business, let alone to a politician. Despite being praised by some, Cuomo’s response to the COVID-19 pandemic had been much criticized by others. For instance, his decision to prohibit nursing homes from denying admission to COVID patients and from requiring hospitalized patients to be tested for COVID-19 prior to admission has been tied to New York’s disproportionately high death rates. Unsurprisingly, many conservatives resented the idea of Cuomo getting any award at all.

There is no telling how devasted Cuomo is by the loss of his Emmy. But one would not expect Cuomo, who is currently under investigation by the Albany County sheriff’s office as per a criminal complaint filed against him, to have much of a reaction — after all, this may be the least of his troubles, which he well deserves — and not just for his COVID response. The attorney general’s report to which International Academy of Television Arts and Sciences statement refers was an investigation into allegations of sexual harassment by Cuomo. It stated that Cuomo harassed multiple female state employees “by engaging in unwanted groping, kissing, and hugging, and making inappropriate comments.”

The report confirms the substantiated sexual-harassment allegations against Cuomo that started surfacing last December. At that time, Democrats who had previously heralded the former governor as the saintly symbol of resistance against the wrath of COVID-19 and gushingly lauded his disastrous response to the pandemic began to turn against him. Conservatives, on the other hand, have been gloating on the sidelines and reveling in the irony of these developments. Beyond smug amusement, however, conservatives might be glad to see Cuomo’s former liberal supporters retract their support and praise for him — not only for the irony of it all, but also for what it might indicate about the survival of common values in an increasingly polarized America. Double standards are abundant in modern politics, as commentators prioritize the advancing of their respective narratives over objectivity in evaluation of political events.

It is reassuring to know that the Left and the Right are still able to come together in unified condemnation of a man who had abused his position  and the power that came with it to take advantage of women, who, by virtue of professional subordination, were placed in a particularly vulnerable position. Power and political affiliation, as it turns out, are not impenetrable shields behind which the guilty can hide.

Of course, conservatives may hope that other fundamentally important principles, such as free speech, can also be defended with equal ardor on both sides. But for now, this is good news.