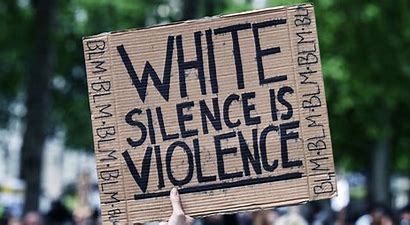 In recent years, the attitude of liberals toward Critical Race Theory has been summed up as: “It doesn’t exist. And it’s awesome!” But as the infiltration of CRT into curricula across the country has become impossible to deny, promotion of racism and anti-Americanism has come out of the closet. Thus we see the public schools in St. Paul announcing a new “Critical Ethnic Studies” curriculum:

So Critical Ethnic Studies is now required to graduate from the St. Paul public schools. Its precepts are no secret:

The ultimate purpose is to turn young people into racist, America-hating social justice activists. Important context for this effort is the fact that the St. Paul public schools are absolutely terrible. Catrin Wigfall explains:

According to 2021 Minnesota Comprehensive Assessment (MCA) test results, 16.6 percent of 8th graders in the [St. Paul] district are proficient in math. Less than 32 percent are reading at grade level.

This class of students will be the first required to take CES in order to graduate.

So the teachers’ union intends to turn out graduates who are largely unemployable because they can’t read or do arithmetic, and who are primed to blame their failures on “systemic oppression.” It is a great formula for social unrest, which the union explicitly desires to promote. Indeed, St. Paul students will be taught that blacks can’t possibly succeed:

The district also links to Courageous Conversation as part of the course’s pedagogy. Courageous Conversation is part of Glenn Singleton’s Pacific Educational Group (PEG), a California-based “diversity” consulting group under which Singleton has “turned the idea that blacks cannot succeed into a multimillion-dollar empire,” as Luke Rosiak details in Race to the Bottom. Singleton’s ideas have guided school districts to deem traits such as the ability to plan ahead and “emphasizing individualism as opposed to a more collective ideology” as attributes of “whiteness.”

The people who run St. Paul’s public schools (i.e., the teachers’ union, Education Minnesota) don’t want students to succeed, and are happy to sacrifice their futures to advance a perverse political ideology.

Such is the state of public education in the United States today.