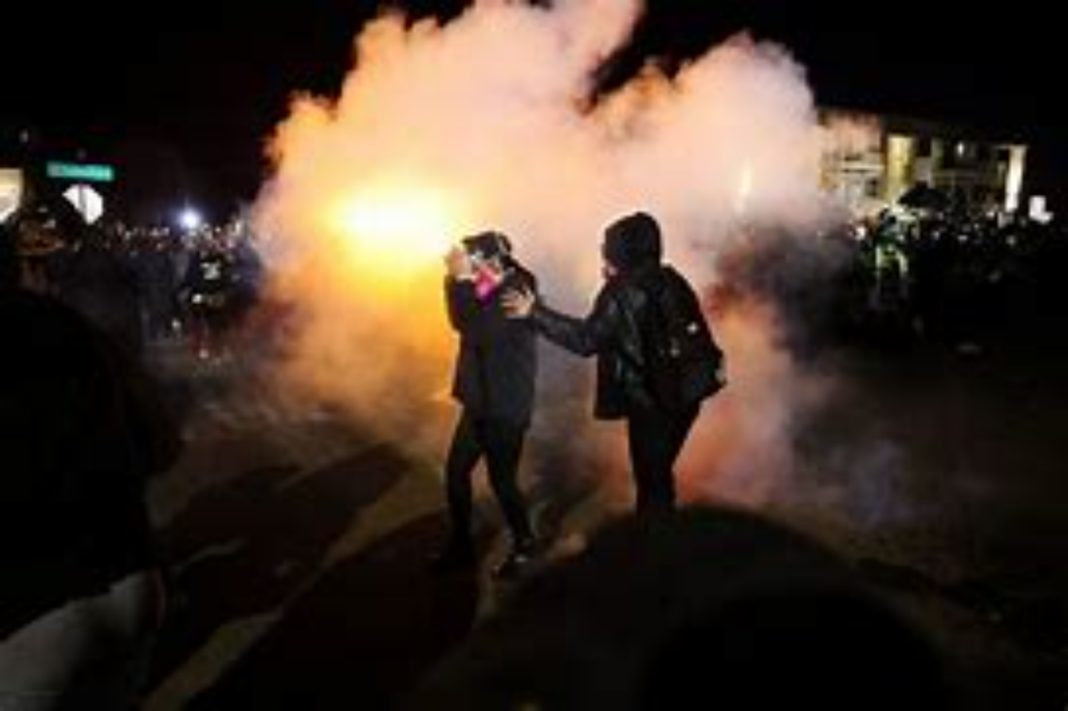 Dear Daily Signal: I am a black woman who is old enough to see that Robin DiAngelo’s mumbo-jumbo is just repackaged 1960s white liberal pap with a large sprinkling of black nationalist jive, also of that era.

It is easy to see from Jarrett Stepman’s commentary (“I Read Robin DiAngelo’s New Book on ‘Nice Racism.’ Here Are 3 Takeaways.”) why DiAngelo appeals to whites with assumed guilt, and to irresponsible blacks. At some point, though, she is going to make a statement that even her most devoted followers will disagree with, and she will lose her influence.

But we cannot wait for that. DiAngelo has been divisive, but also uniting. I have never seen blacks and whites so united in anger, especially parents. Much is being done, but here are some ideas I have had.

Parents, grandparents, aunts, uncles, and even those without children: Talk with your friends and neighbors about this. In addition to protests and speaking out, bring it on home.

What about organizing story times for the little children, and adult-led book clubs for older children at libraries or other public facilities? Ideally, retired teachers would be perfect for this.

An informal committee can select books and prepare discussion questions. Keep it casual and the children will love it, especially if you are introducing them to nonwoke material.

Have veterans talk with children and other young people about how it was. The World War ll vets are passing on, but there are a few left.

Explain the meaning of holidays other than as just a day off. Take children and other young people to memorials and statues and explain what they represent and why they are to be revered and not destroyed.

Introduce college students, by reading or in person, to successful people whose lives defy the propaganda of critical race theory that they are being taught. Such sessions should be on private property, by invitation only, and with security (formal or informal).

We have to fight back or the nation will be destroyed. That is what the leftists want, so they can remake it in their image.

Woke white and black people are pawns in a highly dangerous game. If there is something in my comments that you think is helpful, please feel free to use.—Hessie L. Harris

I won’t be reading Robin DiAngelo’s book “Nice Racism,” but appreciate Jarrett Stepman’s take on it.

It seems like Dr. Martin Luther King Jr.’s dream is gone. “I look to a day when people will not be judged by the color of their skin but by the content of their character,” King famously said in 1963.

Now the only view we are to take is based on the color of a person’s skin.—Nancy Mulford, Anamosa, Iowa

Dear Daily Signal: The best “advice” for readers about Robin DiAngelo is simply to ignore her and her writings. She is toxic and further confounds things with her blatant arrogance. Both she and Ibram X. Kendi will fade away.—Dave Thibideau, Haines City, Fla.

What is so frustrating about what’s happening in our schools is that it seems like we’re going backward, as Fred Luas reports (“Major School District Eyes ‘Anti-Racism’ Instead of Questioning Assumptions”).

I’ve worked with children, mostly preschoolers, for over 40 years. I always emphasized that each child, each person, is valuable and special in their own way.

My job as an educator is to help that person find his or her specialty, embrace it, love it, and develop it—and to give them lots of opportunities to explore the vast world of options available along the way. But this emphasis on “antiracism” and “equity” seems to be ignoring the mind and heart of everyone. It looks only at the packaging, which no one has any control over.

I certainly don’t feel valued or seen when I’m evaluated solely by my white skin and blue eyes. What happened to Dr. Martin Luther King’s dream of people being judged not by the color of their skin, but by the content of their character?—Debbie Horton, Brighton, Colo.

Dear Daily Signal: These teachers who belong to the union and teach critical race theory, as Lindsey Burke writes about in her commentary, should be banned from every classroom in our country (“Unions Double Down on Inserting Critical Race Theory Into Education”).

This is not teaching. It is brainwashing. Parents in Loudon County, Virginia are doing the right thing by standing up for their children’s rights to be taught history as it happened, not as someone decided it should have happened.—Susan C. Wright, Santa Fe, N.M.

This insidious critical race theory was created and is taught for one reason: to cause racial hatred among Americans, resulting in another civil war.

Ultimately, the goal is destruction of our wonderful country so socialism can recreate our nation. All this is based on the big lie of “systemic racism.” It doesn’t exist.—Edward Murray

Once the specific framework for teaching critical race theory and The New York Times’ 1619 Project is available, I would encourage The Heritage Foundation to enter into a discussion and debate with representatives of the National Education Association.

The highly informed Heritage scholar Mike Gonzalez and former visiting fellow Christopher Rufo are needed to refute specifically the claims of a “white supremacy” origin of the United States.—Carrie Henderson

Dear Daily Signal: As Nicole Russell reports in her commentary, two educators are punished just for making a simple, respectful “suggestion” on their own time and on the own dime (“2 Educators Fight for Their Jobs After Suggesting Commonsense Transgender Policies for School”). This is cancel culture at its finest.

Our society seems to be jumping off the deep end, very fast. Good folks should have been speaking up long before now.

The closer we come to self-destruction, the louder socialist and communist governments around the world laugh while biding their time. They remain ready to pounce upon us when we least expect it.—Charles Kunz, North Carolina

It is absurd to expect anyone to tolerate a transitioning male-to-female or female-to-male person using a “private” space for those needing to undress or take care of personal needs. Especially our little children!

This is perverted and places our children in harm’s way, exposing them to people who need help in finding themselves. To force this on children is despicable.

If I were a teacher in the public school system, it would be worth getting fired to have a voice against this evil befalling our nation.

Why should our children bear the burden of this sickness that has been adopted into our educational system? Not to mention the tireless hours training and preparing for competition in sports, only to be defeated by a male pretending to be a female. It makes absolutely no sense and is harmful to our children.—Miriam West, Dallas, Ga.

Dear Daily Signal: Excellent commentary by Conn Carroll (“These Woke Firms Are Sponsoring China’s Genocide Games”). Keep publishing the names of these pro-China companies . Americans should boycott all their products.

We the people will never promote anything made to aid the Chinese Communist Party or to hurt free and fair elections in our country.—Edward Murray, Bernardsville, N.J.

China is using the Olympics just as Germany did in 1936. Just substitute their flag for the swastika.

All Western and most Asian countries should boycott the 2022 Winter Olympics in Beijing. And should any of our pampered “athletes” choose to compete on behalf of some Chinese client state, let’s be sure it is a one-way ticket.—Paul Levy

Dear Daily Signal: With respect to Douglas Blair’s podcast interview with activist parent Ian Prior of Loudoun County, Virginia, I must say that his time is being wasted (“How One Man Leads the Charge Against Woke School Boards”). Public schools cannot be fixed.

Whatever victories are gained trying to fix public schools, they will need to be monitored beyond the capacity of hundreds of volunteers.

The teachers unions and their allies such as the ACLU own government schools. They quickly will take back any lost ground and they will not hesitate to do it in an underhanded manner, while your group operates honestly and ethically.

I am a retired teacher and unequivocally proclaim that there is no hope for America as long as Christians and conservatives allow their children to be indoctrinated in the public schools. We must rescue our children.—Karl Priest

It was totally inappropriate to do that in my opinion, and I am a retired principal of an elementary school. School board members need to preview information prior to giving their approval of what is to be taught to children regarding sex education.—Dennis Evans