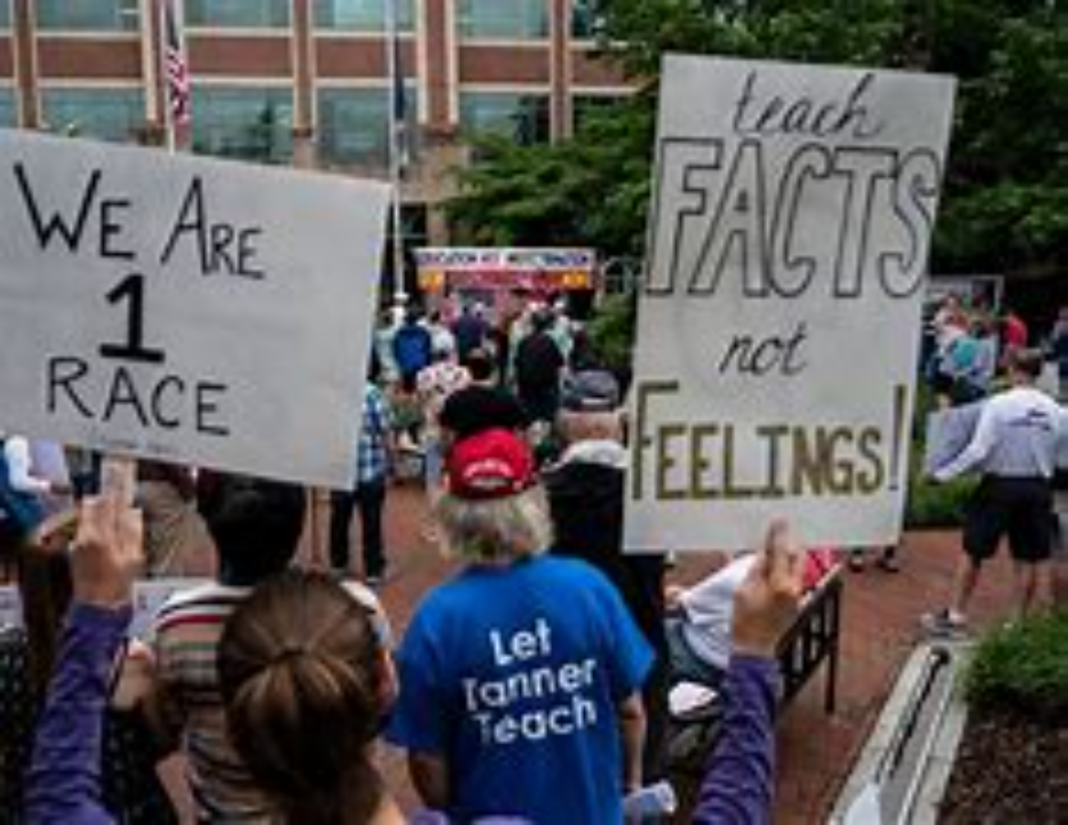 The Left and the Democratic Party (pardon the redundancy) are all-in on Critical Race Theory. They see the pernicious doctrines of CRT as their path to permanent power, and the academic, political, press and corporate establishments are all trying to force CRT down our throats. There is just one problem: people don’t like it. And when people learn more about CRT, they like it even less.

Hence the campaign that Center of the American Experiment has undertaken to educate Minnesotans as to what Critical Race Theory is all about. Following Saul Alinsky’s rules, we used the Minnesota Department of Education’s proposed revisions to the Standards and Benchmarks governing the teaching of Social Studies in Minnesota’s public schools to illustrate and embody the evils of CRT.

We set up a web page called RaiseOurStandardsMN.com that contains information about the proposed new standards–things like the fact that they omit the Revolutionary War, the Civil War, World War I, World War II, the Holocaust–an omission later described by the Department of Education as an oversight–and any mention of notable Americans like George Washington and Thomas Jefferson. Instead, the proposed standards portray America as evil and decry the new triumvirate of “whiteness,” Christianity and the free enterprise system.

Promulgation of those standards is on an indefinite hold, after thousands of Minnesotans expressed their dismay to the Tim Walz administration’s standards committee. More than 80% of the public comments that were submitted on the draft revisions came from RaiseOurStandardsMN.com. As a result of overwhelming pushback from the public, the second draft of the Social Studies standards, originally scheduled to be released in February, has not yet appeared. And, in just about the only victory won by Minnesota’s Republican Senate in special session negotiations, our legislature has now blocked any changes to the Social Studies standards and benchmarks for two years. This was 100% due to American Experiment’s exposure of the radicalism of the proposed revisions.

Meanwhile, we have taken our campaign against CRT on the road. In a few whirlwind weeks, we held meetings in 16 cities around Minnesota: Winona, Rochester, Owatonna, Mankato, Willmar, Hutchinson, St. Cloud, Alexandria, Moorhead, Thief River Falls, Bemidji, Hibbing, Woodbury, Maple Grove, Coon Rapids and Burnsville. The 17th city is Duluth, where Democrats forced a postponement by threatening our venue (and a replacement venue) with violence. We will be in Duluth, at a more courageous locale, on July 13.

The crowd assembling for our event in Woodbury

Turnout for these informational sessions has been immense, and the audiences are both rapt and enthusiastic.

People lined up to get into our event in Burnsville

More than 2,000 people have attended the events we have sponsored so far.

The crowd in Coon Rapids

Our tour generated a great deal of local, national and international publicity, with articles in 16 newspapers, five television reports, and five radio appearances.

Part of the crowd in Maple Grove

RaiseOurStandardsMN.com has drawn more than 30,000 views, while our Facebook and Instagram posts promoting anti-CRT themes garnered 2.5 million impressions and 21,000 link clicks. Our best-performing Facebook ad had 2,800 shares and 5,000 likes. We put out donation envelopes at all the venues, and hundreds of donors contributed $17,587 in those envelopes alone, not counting online donations or the much larger contributions from new and pre-existing donors. The project as a whole has raised well over $200,000.

Activists in a number of states have reached out to us to ask whether we can do something similar in their states. We have already committed to do an anti-CRT tour in North Dakota, and we anticipate collaborating with one or more policy organizations in Wisconsin to do something similar there. If you would like to mount an anti-CRT campaign in your state, please email me at [email protected]

We are now planning Phase 2 of our project. We will hold more meetings around our state, and among other things–radio ads, billboards, internet videos–Phase 2 will also include an app called IlluminEd that will help parents and others to organize on a school district by school district basis.

This is a grass roots war, and it will only be won by driving turnout of normal Americans to vote in school board elections that usually are dominated by left-wing teachers’ unions, only because no one else is paying attention.

The Left’s promotion of Critical Race Theory poses an existential threat to the United States. My good friend Kendall Qualls, who is collaborating with us on our anti-Critical Race Theory project, said at one of our events that the America that we know and CRT cannot coexist. One will win, and the other will lose. If CRT wins, our America is doomed. The stakes really are that high.

The future direction of America’s educational system is a grass roots issue. Pronouncements from Washington and state legislation are welcome, but they will not win the day. Leftism in the public schools can be reined in only by engaged parents who pay attention to what is happening in their children’s classrooms and turn out to vote for anti-Leftist candidates in school board elections. That is where the action is.

Hell no, I’m not resigning for you anti-democratic jerks *UPDATE* State...