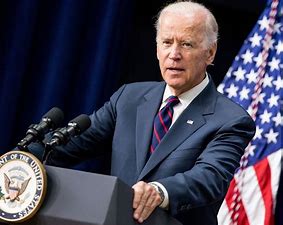 Criticism of Joe Biden’s speech in Atlanta is “hilarious”, according to White House Press Secretary Jen Psaki. She said it in a snide manner, as is her default way of speaking, but it was the wrong response. Her answer highlights a basic problem of this administration – when they can’t justify their actions, they deflect to their critics. Joe Biden is extremely thin-skinned, especially for a career politician, and has surrounded himself with others who are the same. In their minds, they can do no wrong. How dare you suggest otherwise.

Biden delivered a speech in Atlanta that was meant to pressure Senate holdouts, both Democrat and Republican, who are not willing to vote for the federalization of American elections. Some Democrats are reluctant to use a carve-out on filibuster rules to ram through voting rights legislation. The two that have been out in front of not tampering with the filibuster are Senators Manchin and Sinema, but common thought is that there are others who are against it but are hanging back and letting those two take fire for their refusal to appease the floundering Biden administration. The speech was also meant to soothe angry progressives over Biden’s failure to get either the Freedom to Vote Act or the John Lewis Voting Rights Advancement Act up for a vote in the Senate.

Biden failed spectacularly with both audiences. Neither Manchin or Sinema suddenly had an epiphany and decided to blow up the filibuster. Progressive groups didn’t bother to attend Biden’s speech, the most prominent absence being that of Stacey Abrams whose key issue is voting rights. Instead, what Biden did was deliver the most divisive and hideous political speech I think I’ve ever heard. It was so horrendous that even Dick Durbin, Majority Leader Schumer’s number two guy, said that Biden may have gone a little too far with his rhetoric. “Perhaps the President went a little too far in his rhetoric,” Durbin told CNN’s Jake Tapper on Wednesday. “Some of us do, but the fundamental principles and values at stake are very similar.”

“Perhaps the President went a little too far in his rhetoric… But the fundamental principles and values at stake are very, very similar,” Sen. Dick Durbin says about Biden’s remarks on voting rights in which he referenced Jefferson Davis and Bull Connor. https://t.co/PQIos3OHA0 pic.twitter.com/UBwrSjFQwt

Biden chose to lay a wreath on the crypt of Martin Luther King, Jr., along with Kamala, and then delivered an incendiary political speech. He deserves all the dragging he is getting. He used King as a political prop and then went on to call those who oppose him (Biden) as modern day George Wallaces or Bull Connors.

Tapper was asking Durbin about a controversial speech made by the president on Wednesday in Atlanta, Georgia, in which he attacked Republicans by accusing them of being the same as Confederate President Jefferson Davis, Alabama politician Bull Connor, and Alabama Governor George Wallace, all of whom were Democrats.

So, when asked about Mitt Romney’s rebuttal of Biden’s speech on the Senate floor, Psaki did a little whataboutism to deflect. Hey, what about that bad Orange Man?

“I know there has been a lot of claims of the offensive nature of the speech yesterday, which is hilarious on many levels, given how many people sat silently over the last four years for the former president. But I would note that in our view and the president’s view, what is far more offensive is the effort to suppress people’s basic right to exercise who they want to support and who they want to elect,” Psaki said.

The only thing “hilarious” about the criticism is that voters believed that Biden was up to the task of being president. By hilarious, I mean sad. They believed that he would unify the country after the Trump years because that was his campaign pledge. In his inaugural address, he said he would be the president of all Americans, not just Democrats.

Psaki said that it is offensive that people (Republicans) are trying to suppress votes, which has been debunked over and over again. There is no suppressing votes in any of the election integrity legislation passed in mostly red states since the 2020 presidential election. States like Texas actually increased the period of early voting to give additional opportunities for people to vote. Asking for identification before voting isn’t voter suppression. Biden referred to Americans who oppose his agenda as “domestic enemies.”

Mitt Romney criticized Biden’s speech on the Senate floor. He also referenced Trump in doing so.

“And so, President Biden goes down the same tragic road taken by President Trump — casting doubt on the reliability of American elections,” Romney said on the Senate floor.

“This is a sad, sad day. I expected more of President Biden, who came into office with the stated goal of bringing the country together,” he added.

With all due respect to Senator Romney, I think anyone would know there’s a night and day difference between fomenting an insurrection with lies totally debunked by 80 judges — including Trump-appointed ones — and making objective true statements, which is what the president did yesterday, about a coordinated nationwide effort to undermine the constitutional right to vote,” she said.

Mitch McConnell delivered a beautiful takedown of Biden, also on the Senate floor. He said he didn’t even recognize the man making that speech. McConnell said it was beneath the office of the president and he’s right. Remember, Biden campaigned as the person to renew the soul of America, as though it was lost. He said he would be a unifying force in the White House, yet he has governed more divisively than even Obama did, which is saying something. Biden said the grown-ups would be in charge yet he consistently reverts to temper tantrums and blaming the former president for all his failures. Biden was going to bring back “normal”, remember?

Well, normal for Joe Biden is speeches laced with racism and hate. Remember when he campaigned against Mitt Romney and Paul Ryan? He told a mostly black southern audience that they would “put them back in chains.” It doesn’t get much more hateful than that. He described Barack Obama as “clean and articulate” when he ran against him in 2008. So, forgive me if I’m offended that he traveled to Atlanta to call those of us who aren’t willing to accept his authoritarian style of governing domestic enemies. I hope every Republican candidate in 2022 uses clips from that ugly speech in campaign ads to remind voters of who exactly is sitting in the White House. He is an ugly, bitter, inept old man who needs to be booted out if he lasts until 2024.