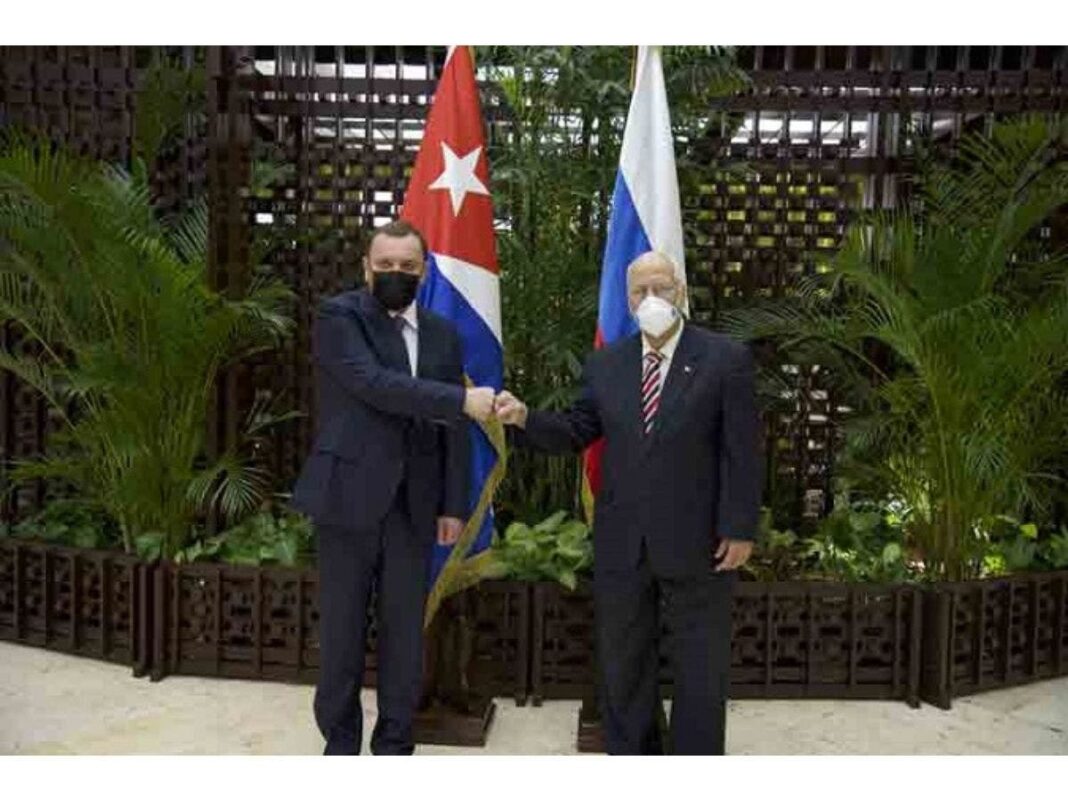 The 18th Session of the Cuban-Russian Intergovernmental Commission for Economic-Commercial and Scientific-Technical Collaboration started on Wednesday in Havana, where participants are examining issues of bilateral interest.

RELATED:
Protests in 60+ Countries Reject Genocidal US Blockade on Cuba

Participants are meeting in working groups in which they will exchange viewpoints on aspects of mutual interest in the economy, finance, energy, transportation, agriculture, communications, and health care, among other sectors, with the business sector’s involvement.


The #Cuba-#Russia Intergovernmental Commission begins today in Havana, headed by Co-Chairs Ricardo Cabrisas Ruiz, Deputy Prime Minister of the Republic of Cuba, and Mr. Yuri Ivanovich Borisov, Vice-President of the Government of the Russian Federation.

This session of the Intergovernmental Commission will end on Thursday and is an expression of the two countries’ interest in strengthening economic relations and collaboration, the Ministry of Foreign Investment informed.

Borisov comes to the Caribbean island nation after having concluded a visit to Venezuela, where President Nicolás Maduro received him. After this visit, Venezuela strengthened its relations with Russia by signing twelve agreements in the financial, energy, trade, military, food, health, and other fields.

#FromTheSouth News Bits | Global rallies demanded an end to the U.S. blockade as hundreds of Cubans formed a massive caravan in Havana on Sunday, joining similar demonstrations worldwide urging the United States to lift the criminal blockade against Cuba. pic.twitter.com/AsAYOGo9xP