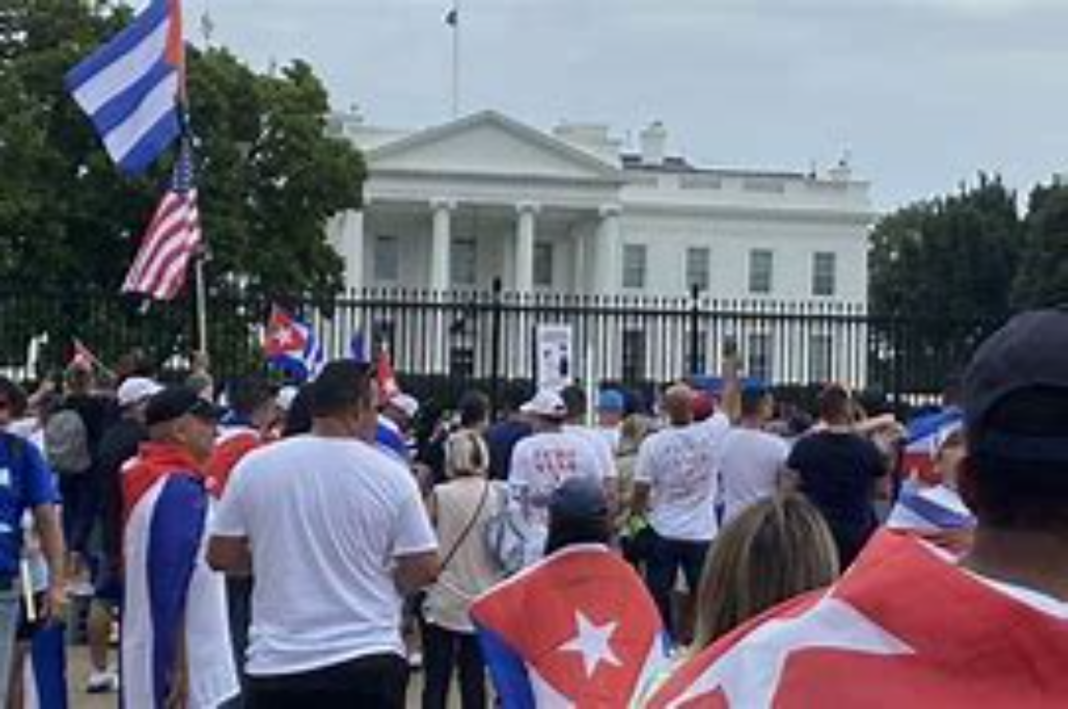 Cuban-Americans have been protesting to show solidarity with the people of Cuba who are rising up against their Communist overlords.

Code Pink, a far left, radical group which has pushed for socialist policies in the United States for years, doesn’t understand why these Cuban-Americans want nothing to do with them.

Sad to see young Cuban americans at the White House in dc so filled with hate, yelling f@#k CODEPINK. Quite a contrast to our message of love and friendship. pic.twitter.com/2m1ugxIqm4

Code Pink recently placed an ad in the New York Times supporting the regime in Cuba.

A full-page ad placed in the New York Times on July 23 by the left-wing Code Pink organization, and signed by numerous left-wing luminaries, was denounced by the Center for a Free Cuba as “siding with the repressive dictatorship of Cuba’s abuses against the people of Cuba.”

The ad, headlined “Let Cuba Live,” is an open letter to Democratic President Joe Biden calling on him to rescind the “coercive measures” put on Communist Cuba by the Trump administration. It also calls for returning to the “opening” to Cuba started by President Barack Obama and perhaps ending the U.S. embargo against the island.

The Center for a Free Cuba (CFC), which supports the Cuban people and opposes the communist regime there, said, “Left out of the ad is the fact that Cuba has no free or independent trade unions, newspapers, radio or television stations, civic associations, nor does the population have any other avenue to express its disgust with its government than by protesting in the streets.”

The people of Cuba aren’t protesting in favor of Communism.

Why would they want anything to do with Code Pink?

Freedom of speech: So what if Ilhan compare U.S. to terrorist,...