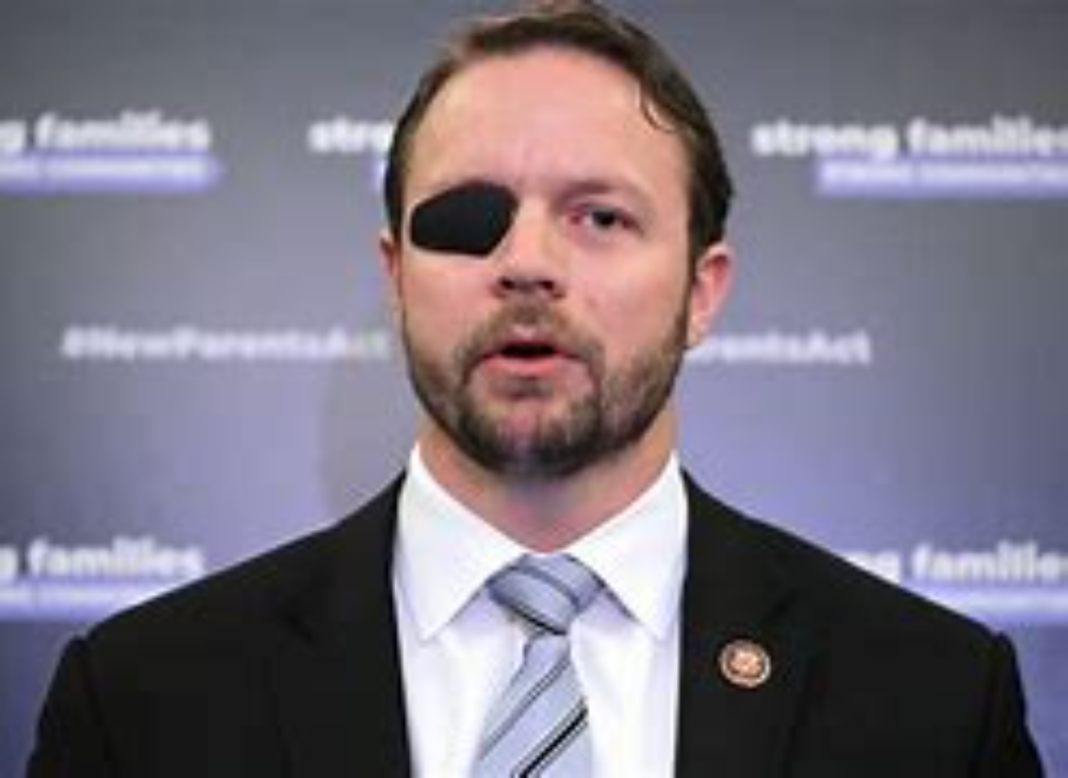 Good for him for telling the truth. But between this and the Larry Elder clip last night, every elected Republican in the country must be shivering at the prospect of having to confront this question at public events between now and their next primary. Claim that Trump was cheated and you’ll be attacked as a crank in the general election. Claim that Biden won fair and square and you’ll be attacked as a traitor in your primary, possibly by Trump himself.

This issue is going to eat GOP candidates alive. Trump could put a stop to it, but since he cares nothing for the party he’ll probably encourage it as the ultimate litmus test. Why should any righty who believes MAGA could have lost a popularity contest to Joe Biden be rewarded with a seat in Congress?

As for Crenshaw, I don’t understand his strategy towards “stop the steal.” He began last year by proving his loyalty when he joined the election lawsuit filed by Texas in December that would have thrown out the results in swing states won by Biden. But on January 6 he declined to join the majority of the GOP caucus when they objected to certifying Biden’s victory. Now he’s truthbombing QAnoners who are showing up to his events to claim that Trump was the true winner. Does Crenshaw not understand that passing one litmus test, the Texas lawsuit, isn’t enough? That you’re only as loyal as how you fared on your most recent one?

Did he maybe have a crisis of conscience after the Texas lawsuit that led him to stay away from any further “rigged election” shenanigans? He’s become the opposite of Nancy Mace, who also declined to object on January 6 but has spent every moment since then trying to atone for it by voting the way MAGA populists want. Mace understands that she can’t fail another litmus test. Crenshaw either thinks he can or doesn’t care enough anymore about holding his seat that he’s willing to lie to keep it.

Who can blame him given the miserable state of the party?

Rep. Dan Crenshaw (R-TX) gets heckled at a fundraising event for saying the 2020 election wasn’t stolen:

“Don’t kid yourself into believing that’s why we lost … 5 different states? Hundreds of thousands of votes? You’re kidding yourself.” pic.twitter.com/gj0tAb22lA

It’s been a hard month so far for election truthers. Yesterday a Trump-appointed federal judge refused to dismiss Dominion’s defamation complaints against Rudy Giuliani, Sidney Powell, and others. Even if the defendants end up prevailing at trail, expenses will mount rapidly as they engage in discovery and prepare a defense. Meanwhile, last week an Arizona newspaper revealed that the head “Cyber Ninja” in charge of the Maricopa ballot audit there had confused 74,000 mail-in ballots with in-person early votes and that he had the records in his possession all along that could have proved it. The “missing” proof that those 74,000 supposed absentee voters had ever been mailed ballots wasn’t actually missing. It didn’t exist because they didn’t vote absentee, they voted in-person. He concocted a conspiracy theory out of nothing and revealed that he’s out of his depth in the process.

The hardest blow to “stop the steal” came last night, though:

The cyber expert on the “red team” hired by MyPillow CEO Mike Lindell now says the key data underpinning the theory that China hacked the 2020 election unveiled at the Cyber Symposium is illegitimate.

Mr. Lindell said he had 37 terabytes of “irrefutable” evidence that hackers, who he said were backed by China, broke into election systems and switched votes in favor of President Biden. The proof, he said, is visible in intercepted network data or “packet captures” that were collected by hackers and could be unencrypted to reveal that a cyberattack occurred and that votes were switched.

But cyber expert Josh Merritt, who is on the team hired by Mr. Lindell to interrogate the data for the symposium, told The Washington Times that packet captures are unrecoverable in the data and that the data, as provided, cannot prove a cyber incursion by China.

You may remember Merritt as “Spyder,” Sidney Powell’s super-secret “military intelligence” veteran who was set to prove that U.S. voting systems were compromised last fall by foreign actors. In reality Merritt spent most of his time in the Army as a mechanic and didn’t complete an entry-level military intelligence course. Even that guy won’t vouch for Lindell’s “packet captures.” The source of those packet captures, by the way, is apparently Dennis Montgomery, who was responsible for the “Hammer” and “Scorecard” hysteria after the election. The Daily Beast wrote about Montgomery’s history as an “infamous hoax artist” last November.

This would all be darkly amusing if not for the fact that some people take it extremely seriously. Election trutherism is fake in one sense but very real in another:

Examples of intimidation are being reported by local [election] officials across the country, said Liz Howard, the former deputy commissioner of elections in Virginia who now serves as senior counsel to the nonprofit Brennan Center for Justice. “I know of election officials in multiple states who have been forced to leave their homes because of threats against them and their families,” she said…

“There is a scary backlash against these officials,” said Lawrence Jacobs, a University of Minnesota political scientist who has been studying the effects of the doubts sown by Trump and his allies. “The umpires are leaving the stadium because they are frightened by what has happened after the 2020 election. They don’t want to be threatened anymore.”…

One former GOP clerk, Tina Barton of Rochester Hills, Mich., received death threats last year after there was an initial reporting error about the 2020 results in her city that was quickly fixed. “You will pay for your [expletive] lying. . . . We will [expletive] take you out, [expletive] your life and [expletive] your family,” a caller told her in a voice message she provided to The Post. “Watch your [expletive] back.”

That’s reason enough to credit Crenshaw for telling the truth. It’s not just his House seat that he stands to lose by contradicting Trump’s narrative.

Biden’s the one who’s being divisive on vaccines