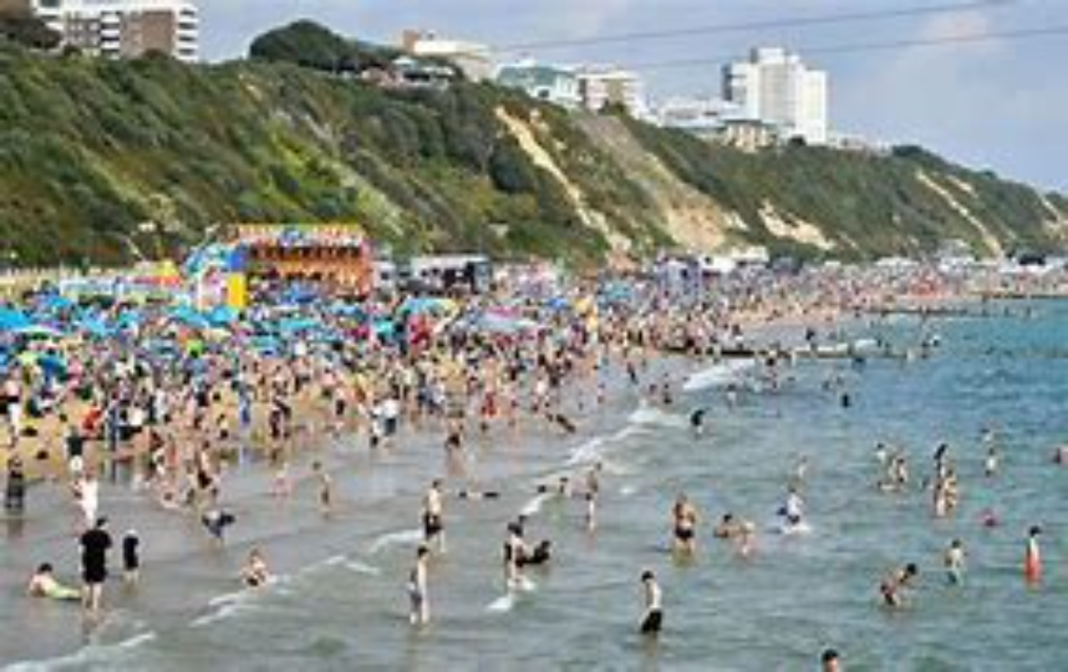 SEATTLE — Seattle has only hit 100 degrees Fahrenheit (38 degrees Celsius) three times in recorded history. The National Weather Service says the city could top triple digits several times in the coming days and may eclipse the all-time record of 103 F (39 C) on Monday.

The Pacific Northwest sweltered as a historic heat wave hit Washington and Oregon, with temperatures in many areas expected to top out up to 30 degrees above normal.

“If you’re keeping a written list of the records that will fall, you might need a few pages by early next week,” NWS Seattle tweeted.

The extreme and dangerous heat was expected to break all-time records in cities and towns from eastern Washington state to southern Oregon as concerns mounted about wildfire risk in a region that’s already experiencing a crippling and extended drought.

Seattle was expected to edge above 100 F (C) over the weekend and in Portland, Oregon, weather forecasters said the thermometer could soar to 108 F (42 C) by Sunday, breaking an all-time record of 107 F (42 C) set in 1981. Unusually hot weather was expected to extend into next week for much of the region.

Washington Gov. Jay Inslee lifted COVID-19 capacity restrictions on publicly owned or operated and nonprofit cooling centers in light of the heat. Capacity is currently limited to 50% until the state fully reopens next Wednesday.

And in Oregon, Gov. Kate Brown suspended capacity limits for movie theaters and shopping malls — places with air-conditioning — as well as swimming pools ahead of a statewide reopening Wednesday.

According to 2019 figures from the U.S. Census Bureau, Seattle has the lowest rate of air conditioned homes of any major American city. Only 44% of the homes in the metro area have air conditioning. In the Portland metro area that figure was 79%.

At a hardware store in Seattle, about a dozen people lined up before opening hoping to snag an air conditioning unit. A worker opened the door at 8 a.m. with bad news: there were only three units.

One of the lucky buyers was Sarah O’Sell, who was worried for her cat amid predictions of triple digits.

“Unfortunately, we’re starting to see this year after year,” said O’Sell, who used a dolly to transport her new unit to her nearby apartment. “We’re going to be like California and that’s going to be desert down there. It’s only going to get hotter.”

The sweltering temperatures expected on the final weekend of the U.S. Olympic Track and Field trials in Eugene, Oregon, also prompted USA Track and Field to reschedule several weekend events to times earlier in the day to avoid the peak heat.

And families lined up in the beating sun for ice cream and a few precious hours at community pools still operating under capacity restrictions due to COVID-19.

Sara Stathos was selling ice cream from inside an air-conditioned food truck in Portland and said the business would shut down over the weekend because the ice cream “basically melts as we hand it to customers” in such hot weather.

“We don’t want people standing out in the sun, waiting and getting sick,” she said.

The extended “heat dome” was a taste of the future for the Pacific Northwest as climate change reshapes weather patterns worldwide, said Kristie Ebi, a professor at the University of Washington who studies global warming and its effects on public health.

“I tell my students when they get to be as old as I am, they’re going to look back and think about how nice the summers used to be.”

The heat is also worrisome for the region because warm air sucks moisture out of the soil and vegetation more efficiently than cooler air and that makes everything more prone to fire, she said.

Oregon in particular was devastated by an unusually intense wildfire season last fall that torched about 1 million acres (404,685 hectares), burned more than 4,000 homes and killed nine people. Several fires are already burning around the Pacific Northwest and much of the region is already in extreme or exceptional drought, according to the U.S. Drought Monitor.

Fire crews were being positioned ahead of time in areas where fire risk was high and counties and cities across the region enacted burn bans — in some cases even temporarily prohibiting personal fireworks for the July 4 holiday weekend.

Cline is a corps member for the Associated Press/Report for America Statehouse News Initiative. Report for America is a nonprofit national service program that places journalists in local newsrooms to report on undercovered issues. She reported from Portland, Oregon. Associated Press writers Gillian Flaccus contributed from Portland and Rachel La Corte from Olympia, Washington.

Christine Blasey Ford: The Woman who claimed to be Sexual Abused...