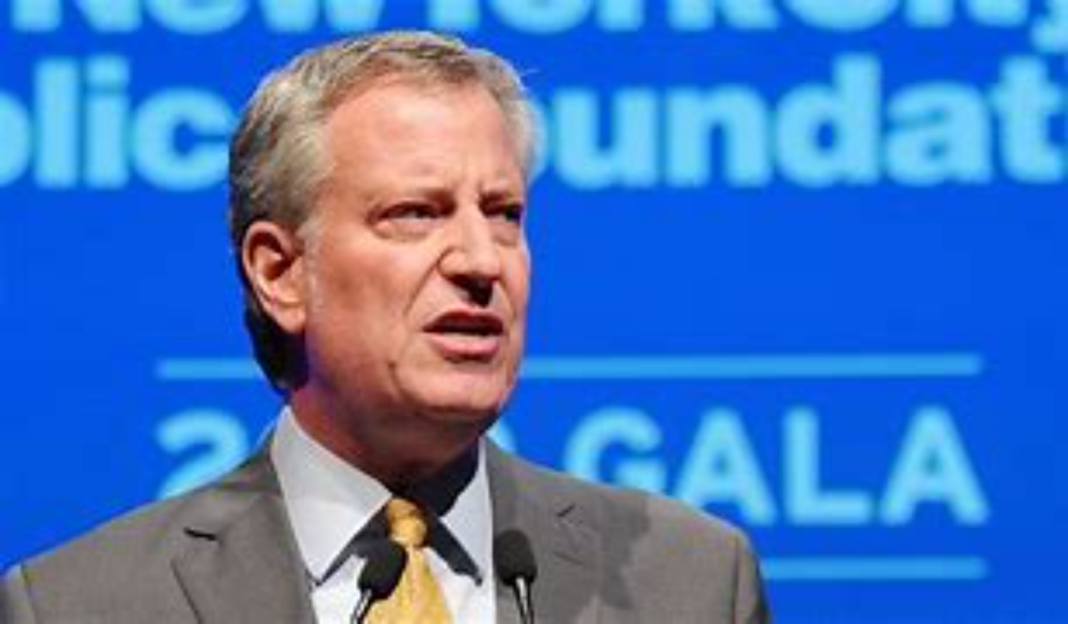 The Centers for Disease Control and Prevention released new guidance Friday that vaccinated students and teachers could go maskless and stressed “the importance of offering in-person learning, regardless of whether all of the prevention strategies can be implemented at the school,” for a “full reopening.”

“I’m absolutely confident based on this guidance and everything else we’ve seen that we’ll be able to get all our kids back into school in September, but for now sticking with the idea that … wearing the masks is a smart thing to do in schools,” de Blasio said during the press conference. “We’ll keep assessing as we go along.”

The guidance recommends “layers of protection,” including testing, ventilation, contact tracing, and sanitation measures when not masked or a 3-feet distance can’t be kept in schools.

This fall we’re bringing every @NYCSchools student back to the classroom and we’ll ensure they have the guidance, support, and resources they need to recover from the #COVID19 crisis.https://t.co/ScgA6zmnSL

“The CDC guidance mirrors the layered approach to prevention of COVID-19 that has worked in our schools thus far,” New York City Health Commissioner Dr. Dave Choski said following de Blasio’s statement and added that more guidance would be available to parents and students in the coming weeks.

De Blasio said to assume masks will be worn, but that guidance could change going forward and that “as always” their decisions will be based on data and science. He described New York City as having a “gold standard” of health and safety precautions.

The CDC announced in February it was safe for schools to return to in-person instruction, citing evidence that elementary-aged students seemed to be less likely to spread the virus. The CDC suggested mitigation efforts like mask-wearing, social distancing, sanitation efforts, as well as the continued cancellation of extracurriculars like indoor sports.

De Blasio announced in May that the city’s public schools would fully reopen for in-person learning in September and touted the same claim that New York City’s precautions were the “gold standard.”

“We set a gold standard from the very beginning taking the health and safety measures from around the world that we saw worked in schools,” de Blasio said in May. “Kids had masks on in all of our schools the whole time. Lots of cleaning, lots of ventilation. We layered all of these approaches and it worked really powerfully, we’ve had much lower levels of COVID in our schools.”

He also said he thought the CDC would be changing its rules between his announcement in May and the start of school in September, as case numbers went down and vaccinations ramped up.

Europe: A spike in new COVID-19 cases in the region