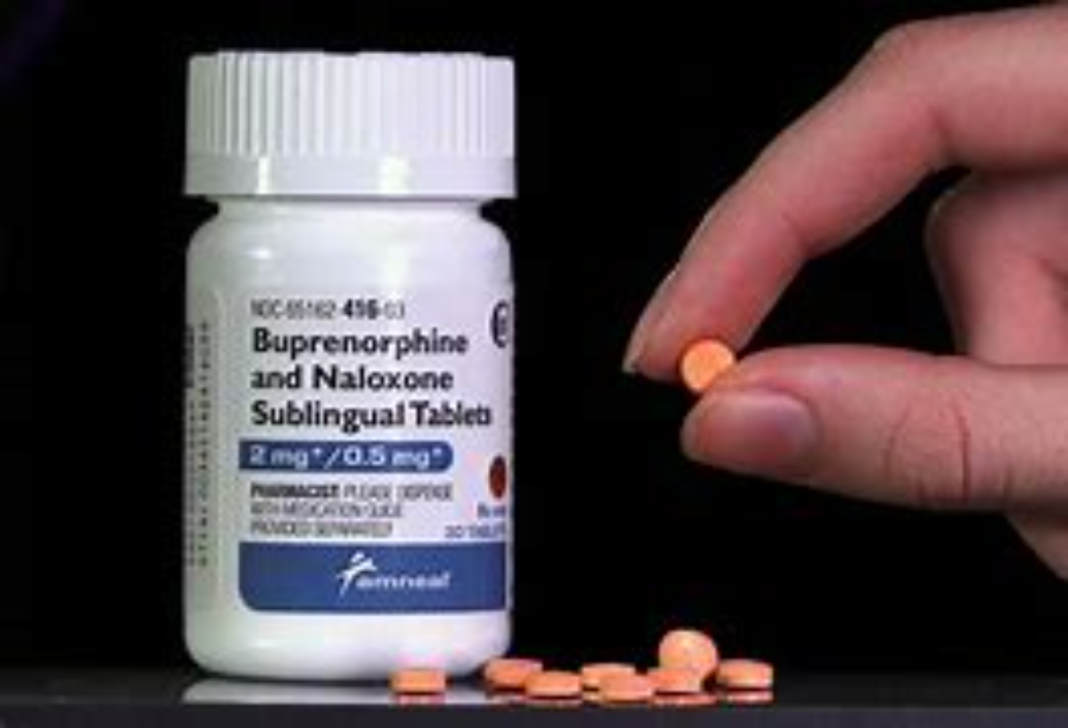 When Martin Njoku saw opioid addiction devastate his West Virginia community, he felt compelled to help. This was the place he’d called home for three decades, where he’d raised his two girls and turned his dream of owning a pharmacy into reality.

In 2016, after flooding displaced people in nearby counties, Njoku began dispensing buprenorphine to them and to local customers at his Oak Hill Hometown Pharmacy in Fayette County.

Buprenorphine, a controlled substance sold under the brand names Subutex and Suboxone, is a medication to treat opioid use disorder. Research shows it halves the risk of overdose and doubles people’s chances of entering long-term recovery.

“I thought I was doing what was righteous for people who have illness,” Njoku said.

But a few years later, the Drug Enforcement Agency raided Njoku’s pharmacy and accused the facility of contributing to the opioid epidemic rather than curbing it. The agency revoked the pharmacy’s registration to dispense controlled substances, claiming it posed an “imminent danger to public health and safety.”

“I lost everything that I worked for,” Njoku said.

Lawyers, pharmacists, harm-reduction advocates and a former DEA employee say Njoku’s case is emblematic of the DEA’s aggressive stance on buprenorphine. An opioid itself, the medication can be misused, so the DEA works to limit its diversion to the streets. But many say the agency’s policies are exacerbating the opioid epidemic by scaring pharmacies away from dispensing this medication when it’s desperately needed.

Drug overdose deaths hit record highs last year, and despite medical experts considering medications like buprenorphine the gold standard, less than 20% of people with opioid use disorder typically receive them. The federal government has taken steps to increase the number of clinicians who prescribe buprenorphine, but many patients struggle to get those prescriptions filled. A recent study found that 1 in 5 U.S. pharmacies do not provide buprenorphine.

“Pharmacies are terrified they’re going to lose their DEA registration and go out of business,” said Charles “Buck” Selby, a former inspector and chief compliance officer for the West Virginia Board of Pharmacy, who retired in 2018.

Many pharmacists fear ordering too much buprenorphine will trigger a DEA investigation, research in Kentucky and North Carolina has found. That creates a “prescribing cliff,” says Bayla Ostrach, who researches substance use disorder treatment and health policy. Doctors might prescribe more, but if pharmacies won’t fill the prescription, patients can’t get their medication.

The ramifications can be particularly acute in rural areas, where a dearth of addiction treatment providers, lack of transportation and stigma against these medications already create barriers. If pharmacies decline to provide buprenorphine too, patients will have few options left, Selby said.

The DEA did not respond to requests for comment.

Like many other prescription drugs, buprenorphine can be found illegally on the street. There are unscrupulous doctors who hand out prescriptions and pharmacists who fill them. Subutex, which consists of buprenorphine alone, is easier to misuse and typically has higher street value than Suboxone, a combination of buprenorphine and the overdose-reversal drug naloxone.

In the case against Njoku’s pharmacy, an assistant U.S. attorney explained that the DEA “got slapped hard for being asleep at the switch as the opioid crisis ramped up. … They’re trying to make sure that Subutex doesn’t become the next problem,” according to court transcripts.

But research suggests that buprenorphine misuse has decreased in recent years even as prescribing has increased, and that most people who use diverted buprenorphine do so to avoid withdrawal symptoms and because they can’t get a prescription.

Buprenorphine is less likely to cause overdoses than other opioids because its effects taper off at higher doses, said Dr. Aaron Wohl, medical director of the Florida-based coalition Project Opioid.

In Njoku’s case, the DEA said in court documents that several “red flags” had suggested the pharmacy’s actions were irresponsible. First, many of the prescriptions it filled were for Subutex instead of Suboxone. Patients also traveled — sometimes out of state — to get prescriptions, drove long distances within West Virginia to reach Njoku’s pharmacy, and often paid in cash.

In traditional prescription drug cases, these are all markers of trouble. But — as Njoku’s lawyers argued and two judges later agreed — they can also reflect the difficulty of getting addiction treatment, which is sometimes more challenging than obtaining illicit drugs.

“The practical reality and context of West Virginia turn these additional flags from red to yellow,” U.S. District Judge Joseph Goodwin wrote in his opinion. Patients may go out of their way for the drug because there aren’t enough nearby doctors who prescribe it or pharmacies that stock it, he wrote. They might pay cash because they’re uninsured or Medicaid won’t cover prescriptions written by an out-of-network doctor. And they might prefer Subutex because it’s often cheaper than Suboxone.

By 2020, Goodwin and an administrative law judge at the DEA had both ruled in Njoku’s favor. But several insurers and drug suppliers had already stopped doing business with him. Njoku closed the pharmacy in April 2021.

Across the country, when a pharmacy stops providing buprenorphine, the ripple effects can be far-reaching.

Trish Mashburn works at two independent pharmacies in western North Carolina. When a nearby pharmacy stopped dispensing buprenorphine, she began getting five calls a day from prospective customers trying to get their prescriptions filled, she said. Although both her employers stock buprenorphine, they order only a set amount, so Mashburn often must turn patients away.

Research in North Carolina and Kentucky has found that many pharmacists worry that ordering more buprenorphine will trigger a DEA investigation. The DEA does not specify thresholds for controlled substances, but it requires wholesalers to flag suspicious orders. In turn, wholesalers limit how much a pharmacy can buy or create algorithms to detect orders that exceed projected need.

They base these limits, in part, on the DEA’s enforcement actions, said Larry Cote, a former DEA attorney who now advises wholesalers, pharmacies and other clients on regulatory compliance. Since pharmacies are not typically privy to how these limits are set, many simply order small batches of buprenorphine out of caution.

That creates a “prescribing cliff,” said Bayla Ostrach, lead author of a paper studying this issue in North Carolina. Doctors may prescribe buprenorphine to more patients, but pharmacies order enough for only a certain number of customers. Since many people stay on buprenorphine for years, once the pharmacy hits its self-established quota, it may rarely have openings for new patients.

A Lee County, Fla., man thought he was one of the lucky ones. James, 34, had been filling his Subutex prescription at the supermarket chain Publix for seven years. In that time, he held steady jobs and cared for his wife and children. (James asked KHN to withhold his last name so future employers wouldn’t judge him on his addiction history.)

Then, last year, James said, he went to get his prescription refilled and was told Publix no longer stocks Subutex — the medication the DEA considered a “red flag” in Njoku’s case.

A decade ago, when James began the medication, he chose Subutex because it was cheaper than Suboxone. Today, most insurance plans cover Suboxone, and the price difference has narrowed somewhat.

James was not eager to change to a potentially pricier medication. And he worried a different drug might disrupt his recovery — a common sentiment among patients in long-term recovery, said Dr. Nathan Mullins, director of addiction medicine fellowship at Mountain Area Health Education Center in North Carolina. Changing their medication is unnecessary and can cause needless anxiety, Mullins said.

Luckily, James found an independent pharmacy that provides Subutex. It’s more expensive, since the new place doesn’t accept his insurance, he said. He pays about $40 a week, compared with $40 a month previously.

But James said it’s worth it.

“I’ve been in 10 rehabs and a million detoxes, and the only thing that has worked for me was one sublingual tablet,” James said. Along with therapy, “this saved my life.”