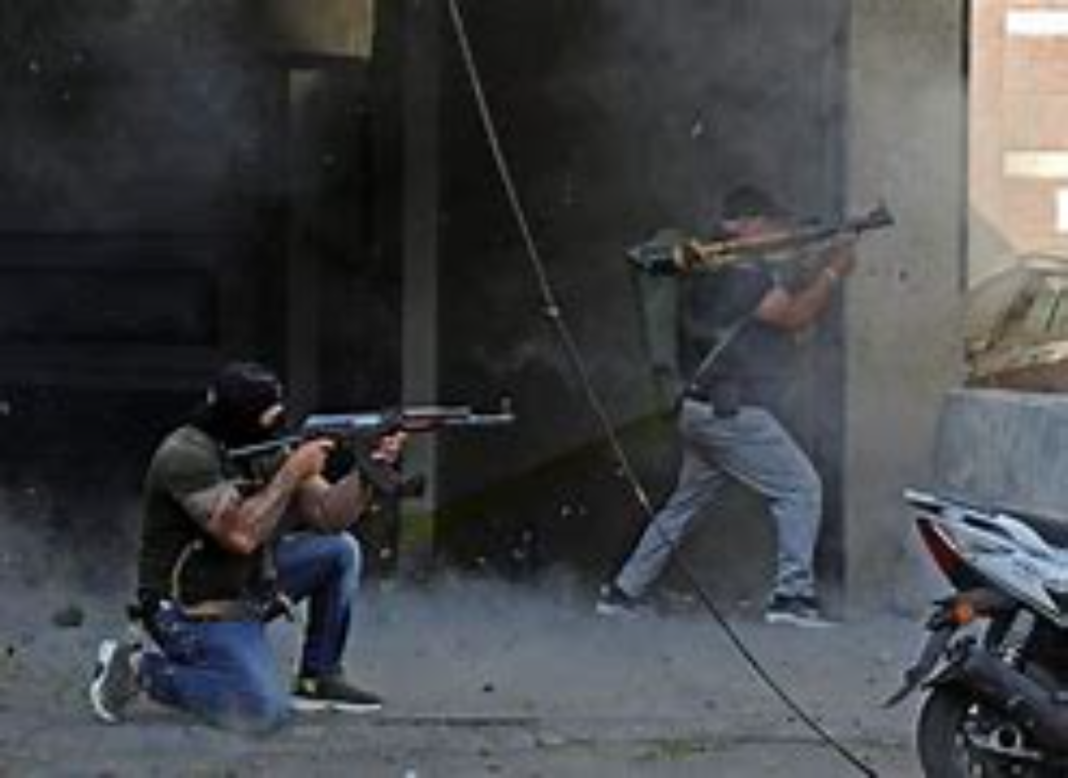 BEIRUT — At least seven people were killed and dozens wounded on Thursday when violence erupted following a protest staged in front of the Justice Palace in the Lebanese capital Beirut.

The rally was organized by the Shiite Amal and Hezbollah terror groups to demand that Tarek Bitar, the judge leading the investigation into last year’s monster blast at Beirut port, be removed.

The ensuing street violence was reminiscent of the 1975-1990 civil war that involved several of the same players. Who exactly was involved in Thursday’s flare-up?

The Shiite movement that parliament speaker Nabih Berri has headed since 1980 is a political party but it also has a militia, which was a major player in the civil war and was the most visible armed force on Thursday.

Hundreds of Amal fighters poured into the streets of its Chiyah bastion, firing assault rifles and RPGs toward the Christian stronghold of Ain al-Remmaneh.

Among the most senior officials summoned by Bitar as part of his probe into the August 4, 2020 explosion are two former Amal ministers.

A fighter from the Amal movement takes aim during clashes in the area of Tayouneh, in the southern suburb of the capital Beirut, on October 14, 2021 (Anwar AMRO / AFP)

At least three of those killed on Thursday were Amal members.

The Shiite terror group is a political party with significant representation in parliament as well as a powerful militia backed by Iran, which has used it as a proxy for external operations across the region.

Often described as a state within the state, it was the only group to keep its arsenal after the war, arguing it was the best rampart against Israel, a premise that now divides the political class. 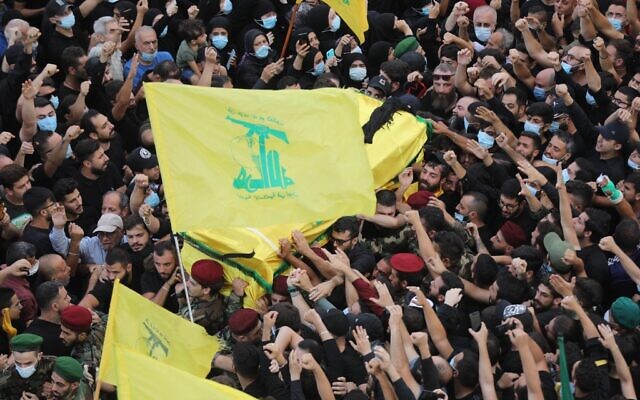 Supporters of Lebanon’s Hezbollah terror group carry the coffin of one of their members who was killed during clashes in the Tayouneh neighborhood of the capital Beirut’s southern suburbs a day earlier, on October 15, 2021 (IBRAHIM AMRO / AFP)

Hassan Nasrallah, the movement’s leader since 1992, unleashed a strident attack against Bitar on Monday, accusing him of political bias and demanding he be replaced.

Hezbollah fighters were seen on the streets taking part in the fighting on Thursday, albeit in smaller numbers than Amal.

The Christian group headed by Samir Geagea since 1986 was a key player in the civil war.

It morphed into a political party and its leader is the only one who served jail time after the war but it has retained a militia in its strongholds in suburban Beirut and in the north of the country.

Hezbollah accused the Lebanese Forces (LF), which supports the port investigation, of being responsible for the deadly sniper fire against anti-Bitar protesters that ignited Thursday’s chaos.

The LF issued a statement strenuously denying the accusation and no Christian militiamen were seen on the streets during the violence.

The army deployed heavily when the violence broke out, blocking the streets around the flashpoint area of Tayouneh. 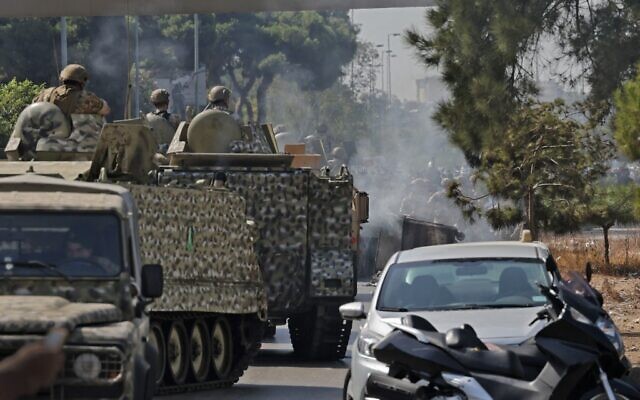 Lebanese Army soldiers take a position in the area of Tayouneh, in the southern suburb of the capital Beirut on October 14, 2021 (JOSEPH EID / AFP)

It did nothing to disarm or push back the militiamen who deployed en masse, with RPG and rifle fire zipping above its patrols.

The army conducted searches in Ain al-Remmaneh buildings to track down snipers and announced nine arrests late Thursday but the identity of the first shooter remains a mystery.