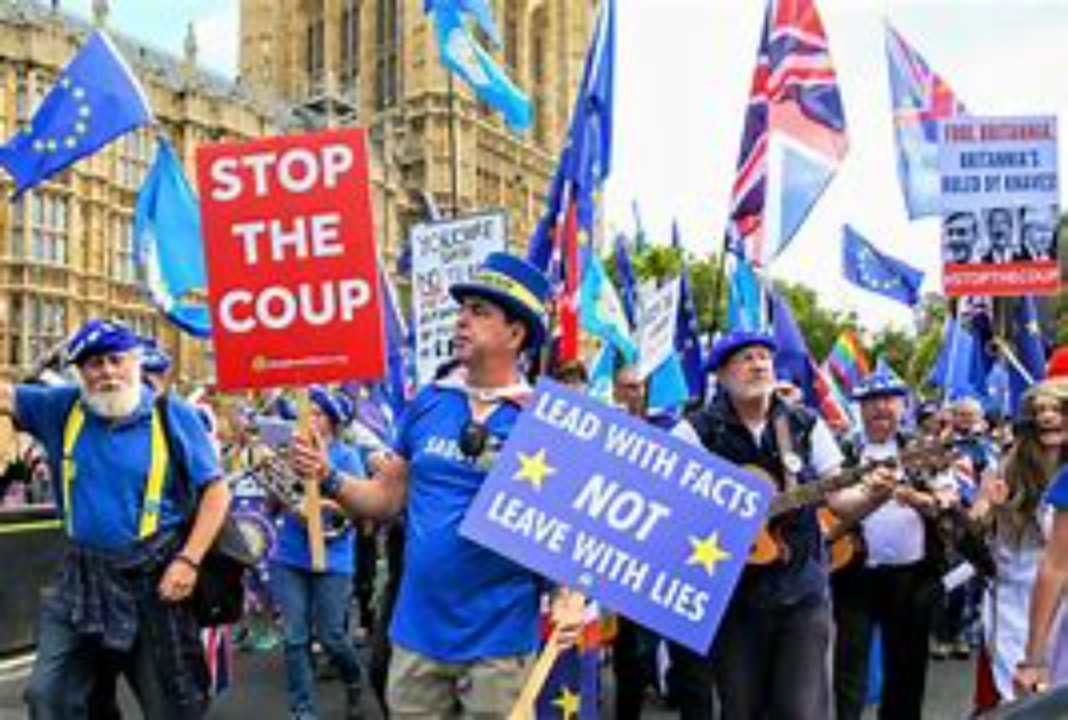 It is called reader loyalty. And it still exists. But only just.

“What we have recently experienced is that a growing number of readers have been phoning in to our offices to let us know how important it is for them that we are still putting out a print version of our paper.”

Those are the words of Benjamin Piel, the editor-in-chief of the MindenerTageblatt, a daily newspaper published in the town of Minden in the northwestern German state of North Rhine-Westphalia. Its circulation is currently about 26,000. But that number is shrinking — despite those loyal subscribers — with sales falling by a quarter in the past two decades or so.

The same goes for many of the other local and regional papers that Germany has traditionally been so proud of. The coronavirus has certainly not helped, but there is no denying that the crisis goes back much further than the outbreak of the pandemic. While authoritarian states step up their backing for fake-news campaigns, conventional media outlets in democratic states are struggling to survive as their resources dwindle. In Germany alone, joint circulation figures for the larger dailies have fallen by 45% in the past 20 years.

Similar trends in the US have led to the emergence of what are known as “news deserts.” Whole swaths of the country are no longer getting the kind of basic information that local media tend to provide. In the past 15 years, more than 2,000 papers have been forced to close down across the United States.

“The forces tearing down old journalism, trying to restrict it, trying to control it, trying to extinguish it in some places, are getting stronger and the techniques, and the fronts from which this is happening are multiplying,” Sameer Padania told DW.

He and a number of colleagues are behind a report called A New Deal for Journalism, which was developed by the Forum on Information and Democracy with the support of the organization Reporters Without Borders. The aim: to create an ambitious framework for the future of journalism.

The “New Deal” that the report calls for is a fundamentally new approach designed to boost media outlets — print, digital or linear — and keep them in business. “The aim is to rethink journalism — not as a ‘media sector,’ but as a central element of press freedom and freedom of expression,” says Christophe Deloire, secretary-general of Reporters without Borders and chair of the Forum on Information and Democracy.

Lower taxes for the media, vouchers for users

The idea is that the driving forces behind the realization of the New Deal will be governments and key players in democratic societies. The Forum is putting forward a number of recommendations to help countries earmark as much as 0.1% of their annual gross national product for journalism. The guiding principle behind the proposal is that governments would have to commit to respecting and supporting unlimited editorial and structural independence.

The hope is to create premium media markets within 10 years. No format — print or online, for instance — will receive preferential backing. Instead, the focus will be on innovative projects.

Of course, there are no made-to-measure solutions. Instead, the New Deal represents a vision and a platform for the broadest possible range of interest groups to meet and mix before taking their ideas back to the local level for realization. Some of the recommendations put forward in the report are structural, such as addressing the question of how best to set up sustainable financial frameworks through mechanisms like tax incentives.

Other measures include smaller-scale state backing, such as the introduction of media vouchers that would enable people on limited incomes to afford subscriptions for a newspaper or an online site.

“A lot of governments have talked about the need to support independent journalism, to uphold media freedom, to ensure that their citizens have access to information. They need to step up and provide leadership on these issues,” says co-author Sameer Padania.

Financing — but no interference, please

Governments financing journalists: This is the kind of proposal that — after two dictatorships — always sets alarm bells ringing in Germany. The report put forward by the Forum on Information and Democracy emphasizes that the goal is, and must be, an independently flourishing and innovative media landscape that only “rights-respecting countries” will be able to profit from. Countries, that is, like Germany, where citizens’ rights are largely respected.

“The report above all casts light on the financing deficit that journalism faces. And the academic consensus is that the public sector needs to play a more active role,” says Christopher Buschow, assistant professor for Organization and Network Media at the Bauhaus University in Weimar.

Buschow is an assistant professor at the Bauhaus University

Benjamin Piel, editor-in-chief of the Mindener Tageblatt, is in no doubt that his paper will simply not be able to survive in the long run without the kind of support proposed.

“With each subscriber we lose, production and sales become more expensive,” he tells DW. Whether you have 15 or 20 subscribers in one street, he says, the same logistics are required to make sure that the papers are delivered.

“When you look at it like that, then state support would really help,” says Piel. “However, I would have a real problem as soon as it’s got anything to do with financing content and there’s the slightest impression that the state can interfere in the independence of the news-reporting process.”

A stimulus package worth €220 million ($261 million) from the German Economy Ministry was to have replaced newspapers’ sales structure and help publishers deliver them. But the project failed to get off the ground — partly because new media start-ups complained of feeling disadvantaged because the funding only really applied to established businesses.

It is a mistake that other countries have succeeded in avoiding. While Germany still has to get used to the state as a provider, Denmark for example already has a press-promotion scheme that provides backing to the full spectrum of media, including even an innovation fund.

For Volkmar Kah, executive director of the North Rhine-Westphalia chapter of the DJV journalists’ trade union, things are beginning to move in the right direction.

“Newspapers need to develop. Any initiative to merely support sales and delivery is an initiative to support a dying business model,” he says. In his opinion, state backing ought to be linked to the quality of the journalism and not just circulation number. He says the recipient could even be a journalistic start-up that is filling the gap in regions where large publishers are withdrawing.

“But even among the established media, there’s considerable concern about what state intervention could mean. So we need to be really careful,” Kah told DW.

Meanwhile, back in Minden, Benjamin Piel warns that there are “many readers who want the print product and nothing else.” If he were to change over to a completely digital format, he would no longer reach those people, he says.

End of the media landscape as we know it?

Media specialist Christopher Buschow in Weimar stresses that it is not wise to keep journalism dependent on the drip-feed in the long term. “That would be a very risky approach. What we really need to be aiming for is to organize targeted funding that would — even in the transformation phase that we currently find ourselves in — enable us to kick-start innovations in journalism and promising projects that would, in the best-case scenario, be able to stand on their own two feet.”

What is not clear, however, he says, is the question of how additional funding can be distributed without the state getting involved. The New Deal for Journalism report refers to what it calls “independent intermediary funding bodies.” It is a solution, says Buschow, that has already been tested in the field of scientific journalism.

But, he adds: “It is clear that things can’t go on as they are. That could spell the end of the media landscape as we know it — with dire consequences.”

After all, he says, studies have shown that places where there is no free media have more corruption and lower voter turnouts. What’s more, he warns, other players tend to move in and fill the vacuum: conspiracy theorists and alternative media.