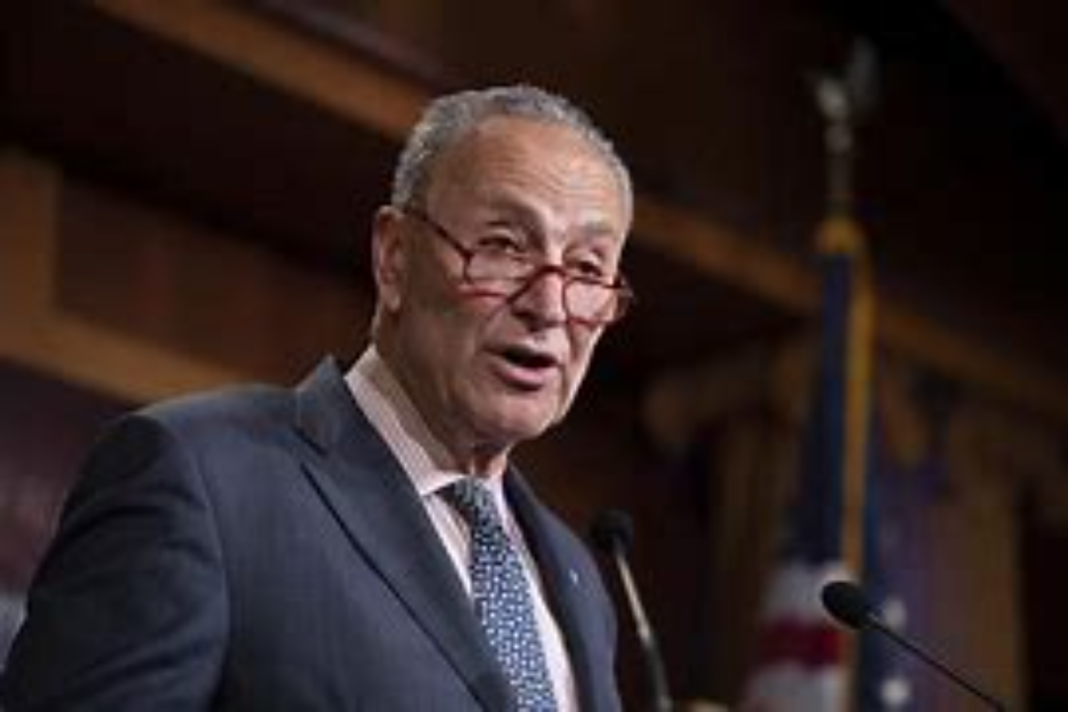 Senate Democrats said they have reached a $3.5 trillion budget agreement. This is the first step in unlocking a process that Democrats plan to use to pass many of President Joe Biden’s American Families Plan priorities with a simple majority of votes.

Majority Leader Chuck Schumer said this budget package, coupled with the bipartisan infrastructure bill currently being negotiated amongst members, comes “very, very close” to what Biden asked for when he laid out his families plan.

“Every major program that President Biden asked us for is funded in a robust way,” Schumer said. “In addition we are making some additions to that.”

On the heels of this announcement, Schumer said the president will join Senate Democrats for their caucus lunch Wednesday to discuss the plan with lawmakers.

Schumer announced the package alongside members of the Budget Committee, though it’s still not certain that all Democrats will support the measure. Unanimous support will be necessary to pass the bill.

The package will be, according to Sen. Mark Warner, D-Va., fully paid for. He did not give details on how the reconciliation bill will be funded, but Democrats have favored a hike in corporate tax rates, not unlike the one Biden originally proposed.

“There are times for really big things, this is one of those times,” Warner said. “The plan we’ve put together, which is fully paid for, will make the investments in American families, will take on the existential threat of climate change in a way that will meet the needs, leading the world on this critical issue.”

The $3.5 trillion topline still falls short of the $6 trillion that Budget Chairman Bernie Sanders had been hoping for, but Schumer announced Tuesday night that the reconciliation instructions include a “robust expansion” of Medicare, something that has been a longstanding priority for Sanders.

“This is in our a view a pivotal moment in American history,” Sanders said. “For a very long time the American people have seen the very rich getting richer and government developing policies which allow them to pay in some cases not a nickel. What this legislation says among many many other things is that those days are gone. The wealthy and large corporations are going to start paying their fair share of taxes so we can protect the working families of this country.”

Senate Democrats have long said they intend to use a process called reconciliation, which allows them to sidestep the usual 60-vote threshold and pass legislation with a simple majority, to pass parts of Biden’s infrastructure agenda that are not addressed in the separate bipartisan infrastructure deal.

The bipartisan infrastructure plan is also at a critical juncture as that group of senators works to publish the text of their $1.2 trillion legislation — something negotiators do not expect will happen this week. But once that bill is made public, there’s a serious potential obstacle — whether the proposed revenue will actually cover the $600 billion in new spending.

Sen. Mitt Romney, R-Utah, raised a red flag Tuesday saying that the Congressional Budget Office (CBO) – which provides lawmakers with a “score,” or price tag, for legislation based on proposed spending and revenue — cannot price out or “score” some of the ways negotiators propose to pay for the bill.

The first way that can’t be scored is the plan to raise money from beefed up IRS enforcement. The bipartisan group of 10 senators, of which Romney is a part, has estimated that for $40 billion of investment in going after those who do not pay taxes, that would net $100 billion in return.

Romney said the CBO has not traditionally issued an official “score” on such matters, which could spell danger for Republicans who are already wary of beefing up a federal agency which has proved politically controversial in the past.

“The CBO won’t score that because they say, ‘Well, the government’s entitled to all of its tax revenue, so you can’t get a score for actually getting more of it,” Romney told reporters.

“Generally, the CBO’s assessment of tax gaps is that they do not rely on them for scoring purposes and I would presume that would be the case here. But we recognize that there were some things that we saw as a source of revenue that the CBO might not be able to score.”

But Sen. Rob Portman, R-Ohio, who is leading the bipartisan effort along with Democratic Sen. Kyrsten Sinema of Arizona, told ABC News in an interview that the CBO is expected to give an estimate of revenue from the tax-gap proposal, though it would not be an official score.

“They will separately analyze it and they will give us, not the official score, but they’ll give us an analysis, which we’ve relied on in the past,” Portman said.

A group of 22 senators, including the 10 who crafted the original package and 12 other Democrats and Republicans who initially signed on to support it, huddled in the Capitol for two hours on Tuesday evening over dinner, wine and cannoli. Several lawmakers touted significant progress in negotiations toward the final bill text, but there remains disagreement among them on how to pay for the bipartisan package, especially with the CBO score hanging in the balance.

The senators have set a Thursday deadline to work out their remaining differences.

“I think that’s our next real goal is to try to get something done so we can show some positive results,” Sen. Mike Rounds, R-S.D., said of the Thursday deadline.

Republican Whip John Thune said that if the CBO returns a score that reflects a bill that is not fully paid for, it could spook some of his members.

“It makes it harder,” the senator from South Dakota said. “I think some of our members would be open to perhaps some amount of debt financing but the majority I think would have to be paid for in a critical way which is a challenge that we’ve had since the beginning of this.”

But for some Republicans, the CBO score is not a deciding factor.

“It’s less crucial for me. I’d like most of it to be paid for,” said Sen. Roy Blunt, R-Mo., part of a separate larger group of 20 negotiators who are part of a consensus-minded group seeking compromises on a number of measures. “I’m willing to accept some things that won’t score, like how much can be done on the private investment side.”

“My test is — is it paid for in my own mind?” Romney said. “Will we be able to –to not add to the deficit? And I know there are some things that we’re relying on as pay for’s that will probably not receive a CBO score, but nonetheless are real. I think my colleagues will know that.”

Sen. Lisa Murkowski, R-Alaska, said she agreed that the score should be considered, but is not a be-all-end-all.

And though many Republicans support private investment in public works projects — so-called public-private partnerships — they could be concerned that the CBO is not expected to be able to put a revenue price tag on that either. It’s something the group has estimated should bring in more than $100 billion.

But for Portman, he sees Republicans understanding that — knowing that private investments provide leverage for public funding and often yield a profit down the road.

Some Democrats in the bipartisan group have, throughout negotiations, said they want the infrastructure bill to be credibly paid for. Sen. Angus King, a Maine independent who caucuses with Democrats, said the CBO score presents additional challenges in striking a deal.

“It’s tough. This is — this is tough,” King said. “And part of the problem is that the CBO has some very conservative views about what they’ll score.”

Some dismissed concerns on Tuesday of a lower-than-planned estimate.

Sen. Jon Tester, D-Mont., said he still has questions about how CBO will come to its final determination.

“I don’t know what kind of math they use but it isn’t the math that I learned in high school,” Tester said.

And though Senate Republican Leader Mitch McConnell repeatedly over the recent two-week recess said he would be looking to see that the $1.2 trillion bipartisan plan is “credibly paid for,” Portman, with whom McConnell is close, said he thinks the senator from Kentucky will understand the sparse nature of the eventual CBO analysis.

“He realizes this is infrastructure and is different than other things,” said Portman, who added that he thinks — despite the bumpy road to floor consideration — the group will get the 10 Republicans necessary for final passage of the legislation, if every Democrat supports it.

The group of 22 is still projecting a positive outcome for the bipartisan bill.

“I mean, I’m optimistic that we’re going to find a path forward,” Rounds said. “People in there really are trying hard to listen to each other’s concerns and find (a deal).”