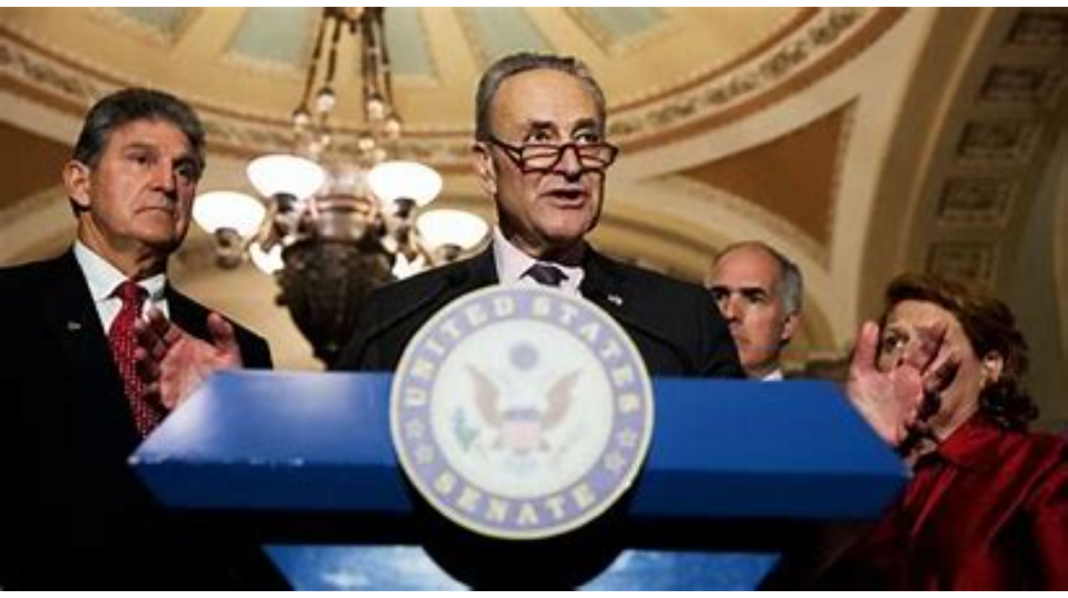 On Friday, John asked why liberal and progressive American news outlets and politicians are suddenly talking about an impending civil war. He linked to a couple of reliably lefty publications that have recently raised the prospect in scary terms, and it’s certainly true. I’ve seen quite a few similar articles myself. He also noted one of the questions plaguing this emerging theme, specifically the lack of some single, dividing issue that would rend the nation into two warring camps the way that slavery did during our original civil war. (There were more factors than just slavery at play, but that was indeed a factor and the one the history books cite almost exclusively.)

So how much of this is real and how much of it is being manufactured by Democrats and their liberal media stenographers to counter the slide they are taking in the polls this year? At the New York Post, Steven F. Hayward offers an alternative view. He first points out that the supposed GOP and conservative “threats” to our elections, our Constitution and democracy itself are actually pages taken out of the Democrats’ playbook and the country has somehow managed to hold together since then. And just as in times past, we’ll get through this unless breathless liberals in America begin believing their own spin to the point where they, not Republicans, decide to ride headlong into battle.

Let’s do the checklist. A Washington Post/University of Maryland poll in 2017 found that 67% of Democrats and 69% of Hillary Clinton voters said Donald Trump was not a legitimately elected president, and Hillary herself told CBS News that Trump was not a “legitimate president” because he stole the 2016 election. Three years of contentious and debilitating investigations into what we now know was a phony Democrat-created story followed. But now that Republicans make similar claims about an anomalous election, liberals have caught a case of the vapors and say it is a “threat to democracy.” …

A certain consistency deserves to be noted here. Trump was not the first Republican president to face “The Resistance” from Democrats. It was, after all, the refusal of the Democratic Party to abide by the results of a free election in 1860 that led to our first Civil War, so why change modes now?

The hysteria among Democrats over the shambolic riot at the Capitol a year ago reveals not only the hypocrisy of the left but also its deep insecurity, ideological hollowness and what psychologists call “projection,” that is, attributing to others what is going on in your own mind.

I would first note that even Hayward isn’t quite as firm in his conviction that such a conflict is impossible as he might have been in previous years. The title of his article informs Democrats that a civil war “isn’t likely… even if you’re trying to provoke one.” Frankly, I’d feel a lot more comfortable if people were saying it’s out of the question, not simply unlikely. I’ve been having some doubts myself of late, and we need to collectively keep some sort of safety checks on the situation.

And yet, we should still ask what the actual worst-case scenario here is. One of the sources John quotes talks about the possibility of a civil war that doesn’t involve red and blue armies meeting on a battlefield, but rather “a guerrilla insurgency.” That sounds far more likely. First of all, the country isn’t divided along some tidy ideological border of a physical nature like the Mason-Dixon line. (That wasn’t really all that “tidy” either, but you get the drift.)

If we want to imagine what some sort of civil warfare in the 21st century might look like, put aside the idea of entire states summoning their militias and crossing boundaries to face down opposing uniformed troops. When vocal debates fail and people feel that the time has come to turn to violence, it will almost certainly happen on a more fluid, local scale. Picture something closer to the Night Riders during what’s known as the Tobacco Wars in Kentucky. Supporters of the Black Patch Tobacco Association were trying to drive the American Tobacco Company out of Kentucky to boost prices for their products. Failing to do so through legislative efforts, the Night Riders took over an entire town for a time, terrorizing and attacking supporters of ATC and even establishing their own replacement government.

Given what’s going on in the current era, it seems that there could be localized violence that breaks down the local system of governance and requires state or federal muscle to come in and restore order. In fact, we’ve already witnessed something that looks suspiciously similar, particularly during the “summer of love” of 2020. It’s not much of a stretch of the imagination to say this phenomenon was what was playing out in places like Portland, where organized rioters locked off parts of the city from normal governance and law enforcement for extended periods of time. Was that really all that different than what the Night Riders did in Kentucky? If we see a lot more activity along those lines it wouldn’t take much for some people to begin seeing it as a civil war.

The liberal media tries to portray these divisions as being some sort of racial warfare between largely conservative whites and crowds of Blacks and Latinos. But in many of these standoffs, that’s simply not the case. What those on the right are all too frequently at odds with are large, angry crowds of white liberals who believe they are out there fighting for minority rights, even when their help isn’t always appreciated. (Just look at the polls showing how many Latino and Latina people think the white-generated term “Latinx” is simply stupid.)

So is there a new “civil war” coming between the conservatives and the woke? If you only define it as armies of self-described patriots on either side wearing red or blue uniforms and taking to the field, almost certainly not. The country isn’t divided along neat enough geographic lines and there is no formal support for such activity inside of government at the state or even local level. But if you mean dangerous violence in the streets between bands of ideologically opposed people that will disrupt normal governmental order and law enforcement, then the civil war has basically already started.