Home Politics Democrats Believes A Man Can Give Birth 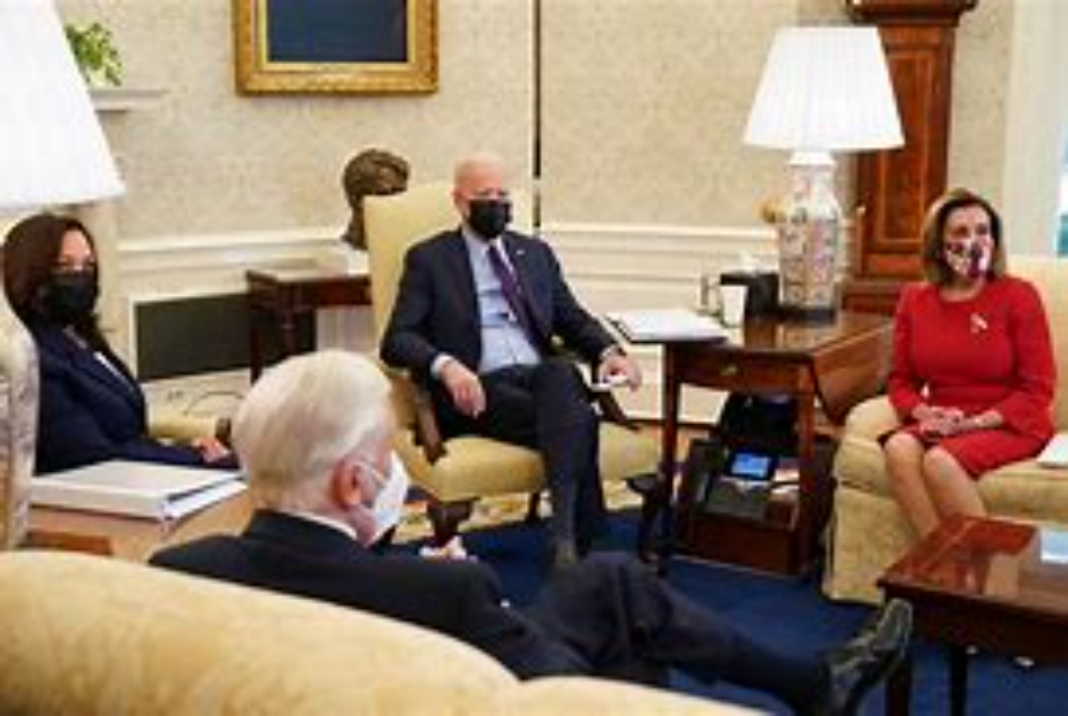 How can Americans reasonably expect the political party that insists that men can become pregnant and give birth to a child, is able to effectively deal with a pandemic? Because if they deny the biological truth of the difference between the two sexes, they are already in denial and opposed to the “science” they do so love to throw in our faces when they plot and scheme to keep us in masks the remainder of our lives.

Similarly, what kind of thinking is being done by the political party that encourages biological men to compete in women’s sports events like weight lifting, distance dashes and hurdling? Are they not able to comprehend the unfairness of men competing with women in women’s sports?

Under the Joey administration, if an American leaves our national borders to travel abroad, the traveler will have to pass a covid test when returning home to the U.S., and they may be detained if the test is positive for the disease. But a Bolivian or a Mexican native, even if they are physically sick with covid and have a murder record a mile long, can pass into the United States, with no restrictions to their actions once here, and they will be transported, at America’s expense, to any city in America they would like to visit. Or, if further travel is not on the invader’s itinerary, they may be put up at a luxury hotel at no cost to them.

And consider the wisdom of an administration that would allow tens of thousands of illegal aliens into our country every week, and then tell the Texas, New Mexico, Arizona and California state officials that they can do nothing to block the movements and freedom of the invading parties because the federal government, which refuses to do anything to halt this literal invasion of America, is the sole party, under the constitution, allowed to deal with people entering the nation. And then, when challenged to account for all of the illegals entering our borders, Joey’s administration states that the border is firmly closed and the slight difficulty experienced on the border these last few months was Trump’s fault and Joey will have it under control soon.

And further consider the damage being done to our nation when hoards of people who can’t speak English and have limited work skills at best, are transported to various cities around the nation in order to change the demographics and give preference to the Democrat party and its dependent class of people who get goodies from the Dems and whose increasingly larger numbers off-set the vote of actual citizens of the cities and states involved.

Joey’s party has admitted giving orders to big tech companies to spike texts and articles that are passing on information that is contrary to the policies of the Democrat party, which results in the government controlling and censoring the news.

And what about a political party that falsifies documents and colludes with the FBI to present these phony documents to a FISA court, which then authorizes the spying on the Democrats’ political opponent, and then use the false evidence collected to investigate a sitting president for over three years in an attempt to get him out of office.

How about the anti-police, “defund” scheme that has caused many Democrat-run cites to see a nine hundred percent increase in violent crimes and has caused a vast number of police officers to retire or just plain quit? This situation puts everyone who lives in or visit’s the impacted cities in great danger.

The forced masking of children, who have practically a zero chance of dying of covid, is especially idiotic. Not being able to see classmates smile, and to not have their face seen by others around them, must have psychological effects that we know nothing about, and it must stop. But the party of stupid will not listen to reason or science.

So, since Joey, himself a man of little intellect and no thoughtfulness nor creative thinking at all, is stuck with the party of stupid. He can’t be held responsible for the stupid and anti-American things that have already been done by his party. But we can certainly blame him for any new, anti-American programs that are on the drawing board.

But as far as giving Joey a break just because he’s part of an insane political party, I would vote NO. After all he’s the fool who hired his own administrative staff (as far as we know), so he’s culpable.

EU: Watchdog to stop the Flow of Dirty money