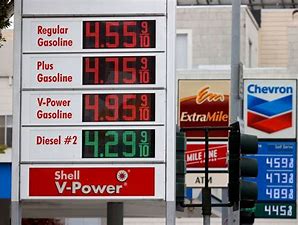 Economic data has been pointing to a recession for months and alarm bells should be ringing in Washington. As with most challenges facing the nation, the political parties have vastly different strategies for blunting the impact of a recession and getting the country back to robust growth.

A recession is commonly defined as two consecutive quarters of negative economic growth. The first three months of this year saw the economy contract 1.6% and the second quarter will very likely be negative as well. This is not at all surprising, given the four-decade high inflation caused by the government’s excessive spending, borrowing and printing of money.

That combination is a key factor pushing the nation into recession.

Inflation is a hidden tax, but a tax, nonetheless. If you are wondering where the government got more than $6 trillion in extra spending money since the pandemic, look in the mirror. Through inflation, we are all paying for that spending through higher prices. And that brings us to the Democrat response to the impending recession.

The approach of left-wing politicians is reminiscent of an arsonist recommending gasoline to extinguish the flames he set. The primary Democrat approach to fight recession is to increase government spending under the guise of boosting “aggregate demand.” Since the government already does not have enough revenue to pay its bills, that will mean more borrowing too.

Hand in glove with this fiscal stimulus is monetary stimulus, which means more printing by the Federal Reserve to finance the borrowing.

That is a formula for even higher prices, not faster growth. The Democrat approach does not even pass the smell test: inflation is fundamentally a tax, and no tax has ever been reduced by the government spending more money.

Another key component of the Democrat approach is to push their “green” agenda on the country, largely through regulation. The claim is that greater efficiency will be attained with these unproven technologies, lowering costs to consumers who will then have more money to spend. But that is precisely what the Biden administration has been trying since its first day in office.

The artificial push away from reliable American energy and towards unreliable, expensive “green” energy has raised prices while decreasing production.

Conversely, production is the focus of the Republican approach to combatting recession. It may seem trivial to say that goods and services can only be consumed if they are first produced, but this simple fact is widely overlooked by many people. The right-wing prescription is to decrease marginal tax rates and regulation, sometimes called a “supply-side” approach because of its emphasis on production.

At the heart of this strategy is the restoration of positive incentives to work and produce, and the increased output of the economy not only creates more goods and services for consumption, but also lowers prices. The flanking attack against recession is fighting inflation by the government reducing spending and by the Fed focusing on maintaining the dollar’s value.

Thus, the Fed exists not to be the personal financing arm of a spendthrift Congress and president, or a woke propagandist, but the stalwart guardian of a stable dollar.

While the Fed is theoretically a non-partisan and even non-political institution, the last year and a half has cast doubt on that idea.

The Fed ignored the warning signs of the current inflation crisis while being preoccupied with left-wing talking points like “diversity” and “climate change.”

And perhaps that illustrates the difference between the two parties’ approaches to economics more than anything else: the left demands reality conforms to their vision, while the right conforms their vision to reality.

E.J. Antoni is a research fellow for regional economics in the Center for Data Analysis at The Heritage Foundation and a senior fellow at Committee to Unleash Prosperity.

Italy: Former mayor famous for aiding migrants get 13 years in...