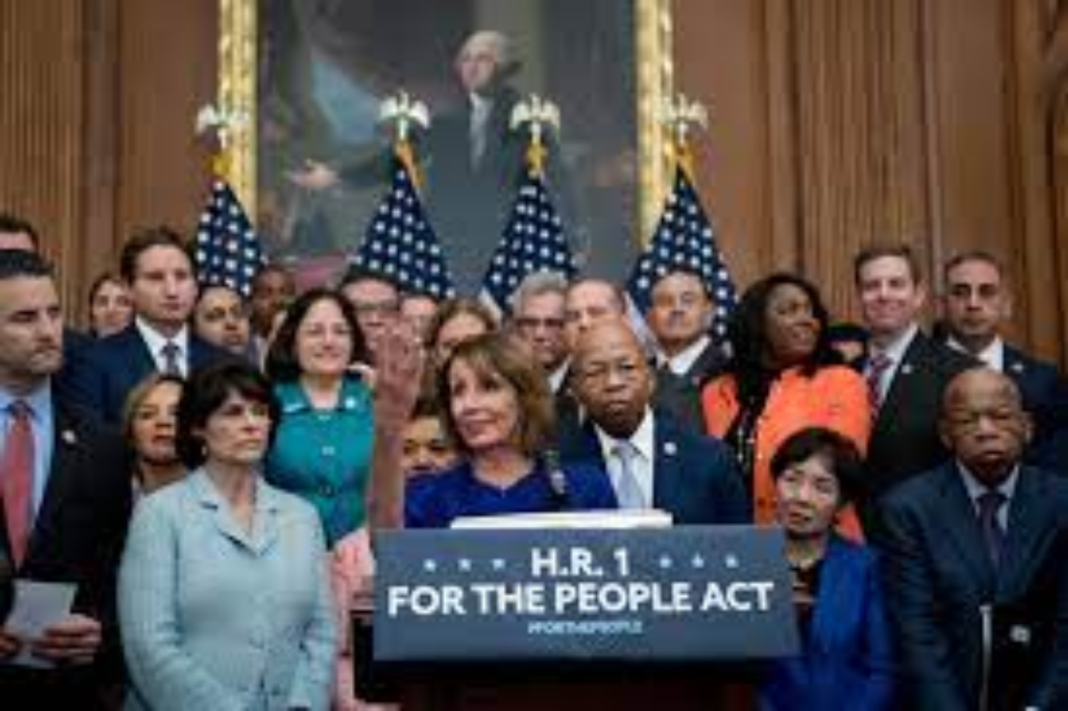 April’s job numbers were universally considered a huge disappointment. In the wake of that disappointment there has been an ongoing argument about why businesses failed to hire more people given that we’re still way below the employment levels were were at pre-pandemic. There are lots of jobs available but people don’t seem willing or able to take them.

One explanation that has been offered and supported strongly by Democrats is that employment can’t fully rebound because so many parents (especially moms) are stuck at home caring for kids. If we had more open schools and more child care, employment would increase more quickly, the argument claims. In fact, this is one of the arguments Democrats are making in favor of Biden’s American Families Plan.

Democratic officials have used the jobs report to call on Congress to urgently approve hundreds of billions of dollars in child care aid that Biden has proposed under the American Families Plan, which also includes two free years of universal pre-K.

“If we don’t solve our child care crisis, there isn’t going to be an economic recovery,” Sen. Patty Murray (D-Wash.), who chairs the Health, Education, Labor and Pensions Committee, said at a Thursday press conference.

An alternative argument, this one supported by Republicans, has been that people are not jumping into new jobs because unemployment is so generous that it doesn’t make sense for them to work.

With the partisan battle lines drawn, you’d expect prominent Biden-friendly economists to be supporting the argument about child-care and discounting the one about unemployment payments. But as Politico points out, this week Harvard economist Jason Furman did exactly the opposite:

“School closures and lack of child care are not holding back the recovery,” said Jason Furman, a Harvard professor who chaired the Council of Economic Advisers in the Obama administration and co-authored the analysis. “And conversely, we shouldn’t expect a short-term economic bump from reopening schools and making child care more available.”…

Furman and his co-authors emphasized that they still believe that investments in child care are needed over the long term. But their study runs counter to the argument from many Democrats that a lack of affordable child care options was a major reason for lower-than-expected employment growth in April — 266,000 jobs created compared to 1 million expected. Instead, it suggests that other factors, including one that Republicans have stressed — enhanced federal unemployment benefits, which add $300 per week on top of state jobless aid — are playing a role in keeping people out of the workforce.

Here’s a bit of the conclusion from the paper written by Furman and two other economists [emphasis added]:

While school closures and ongoing childcare challenges have substantially burdened parents and children alike, they do not appear to be a meaningful driver of the slow employment recovery. This means that the factors responsible for the slow employment recovery and depressed labor supply are issues that are not exclusively related to the struggles of working parents, such as the continued concern about the threat of getting COVID-19 at work or expanded unemployment insurance benefits and eligibility.

You can see how the first part of this conclusion completely undercuts the arguments Democrats are making about the need for free pre-K to restore the economy. I think there’s an even simpler argument for why that can’t be right. We had a strong economy pre-pandemic without free pre-K. But the progressive mantra is never let a crisis go to waste so they’re doing their best to get some new government spending program out of this.

As for the alternative argument, Furman and his co-authors don’t really spend any effort arguing that’s correct. Instead they simply say that there are several possible explanations and once you rule out the one about the impact of child care, that leaves unemployment benefits as one of the remaining explanations worth considering.

Berlin: protesters against high rent prices in the German capital

Jan. 6 Riot:CEO who threw chair inside Capitol gets jail time