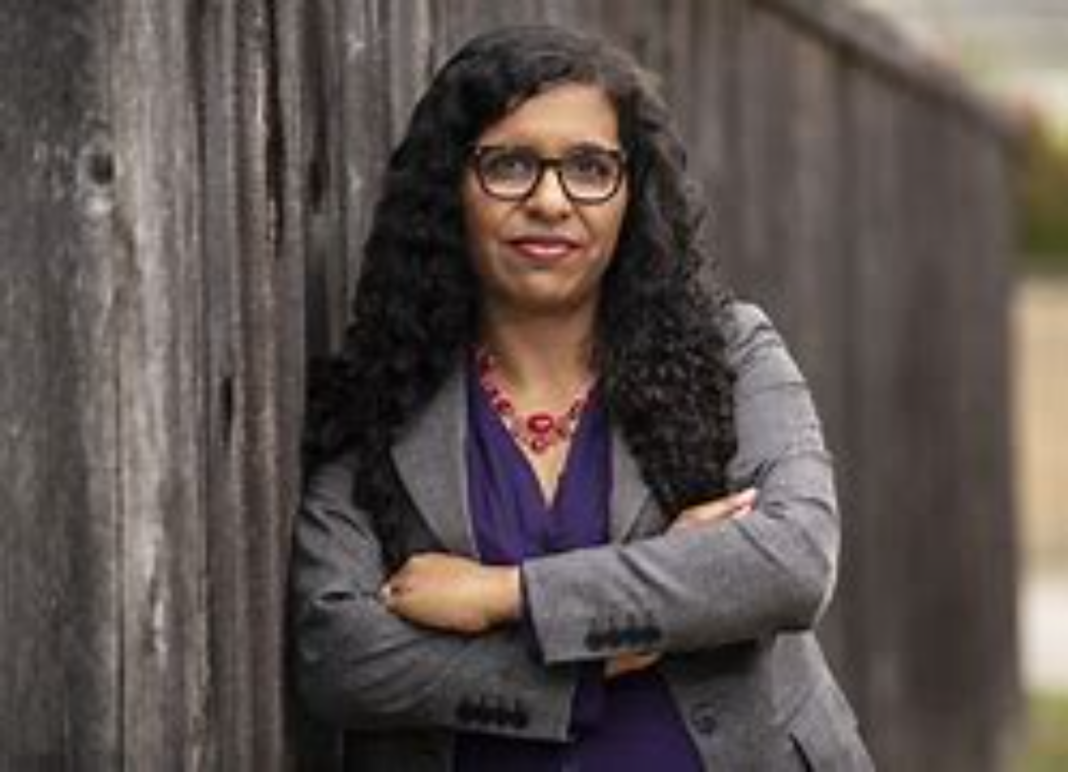 CARROLLTON, Texas — As a Democrat running in a minority-majority suburban Texas House district that Democrats saw as a pickup opportunity last year, Candace Valenzuela thought she knew what voters wanted to hear.

A school board member who beat a retired Air Force colonel in a runoff for the nomination with the support of liberal groups, Valenzuela is the daughter of a Black man and a Mexican American woman who met in the military. She faced homelessness at age 3.

Like other Democrats running in 2020, her pitch to the 24th District around Dallas focused on jobs, economics and health care. But after winning the nomination and the backing of the Democratic Congressional Campaign Committee — support that the House Black and Latino caucuses had urged the DCCC to give her earlier in the campaign — she faced pressure from national consultants.

Rather than talk about how struggling families would recover from the pandemic-driven economic decline, she said in a recent interview over lunch in a strip mall where all the signs were in Spanish, she was urged to go after hypothetical moderate voters and talk about preexisting conditions in health insurance she worried many in the community couldn’t afford. She wanted to rebut “defund the police” charges because she knew her relatives wanted police protection even if they supported more transparency, and was told to ignore it, the polls said the charges weren’t hurting her.

“My gut was definitely overruled by a bunch of other people who said, ‘I don’t see this. It’s not in the numbers,’” she said. “And I’m like, ‘I live here.’”

Valenzuela’s loss by just over 1 percentage point to Republican Beth Van Duyne — at the same time the district’s voters backed Joe Biden over Donald Trump by 5 points in the presidential race — was one of many results in 2020 that has strategists in both parties asking what needs to change in next year’s midterm elections.

Democrats know that overall, the party does better with Latino voters than Republicans, but there is more recognition that they are far from monolithic, even within Texas, and that outreach needs to start much earlier.

Republicans, meanwhile, saw candidates do better with Latinos — even flipping two South Florida seats — and want to build on that success. Trump, for example, made gains among Latino voters compared to his 2016 election, especially in the Texas Rio Grande Valley and South Florida.

The parties’ renewed efforts are especially important in Texas, where the 2020 census not only led to the state gaining two seats in the House, it showed people who identified as Hispanic or Latino were responsible for more than 50% of the state’s population growth over the last decade, much of it concentrated in the suburbs of major cities like Dallas.

In suburban districts in North Texas, the implementation of a new strategy for the upcoming midterms is just now getting underway.

While a majority of Americans eligible to vote said they were contacted by a campaign or a group supporting a campaign in the month before the November election, fewer Latino and Asian citizens reported such contacts, according to the Pew Research Center. Democrats say they are working to make sure that doesn’t happen again in 2022.
The DCCC, the campaign arm of House Democrats, announced in June that it was making a “seven-figure” investment in organizing “communities of color” across Texas. It was the earliest investment of that kind in its history, the committee said.

BOLD PAC, the political action committee of the Congressional Hispanic Caucus, has already placed Spanish-language ads targeting Van Duyne for her vote in January against certifying the electoral votes of one of the states Biden won.

Republicans’ votes against certification and the riot that day at the Capitol is “something that is very, very shocking and traumatic to Latinos,” said Rep. Ruben Gallego, an Arizona Democrat and chairman of BOLD PAC.
“What they saw on January 6th is something that will be etched and really imprinted on the Latino voters’ minds forever,” he said.

But it is too early to make broad conclusions about changes at the campaign level. Several potential candidates — including Valenzuela — are waiting to announce bids, and others are not fully hiring staff or putting their field operations in place until the state’s Republican-controlled Legislature draws new district lines in the fall.

In the meantime, much of the energy from both parties has been focused on the Texas border regions. Hundreds of thousands of migrants have crossed the U.S.-Mexico border this year, overwhelming resources and providing Republicans with political fodder to slam the Biden administration for its policies.

Democrats are hoping to head off the GOP’s attacks on immigration and mobilize Latino voters by passing legislation in the fall providing a pathway to citizenship for millions of undocumented immigrants.

Yet immigration is not always a top concern for Latino voters. Democratic strategist Chuck Rocha, founder of Solidarity Strategies and the president of Nuestro PAC, says Latinos in polls and focus groups he has conducted say that they are more interested in policies related to coronavirus relief, jobs and the economy, health care and education.

Rocha also stressed that Latino voters — and the issues they care about — are “not a monolith.”

“Folks in the valley are wearing cowboy hats and cowboy boots like me, and driving a four-wheel drive pickup truck, while the Mexican in Dallas County’s riding one of these electric scooters with his hat on backward,” said Rocha, who is from Texas.

The message from the White House also matters.

Thomas A. Saenz, president and general counsel of the Mexican American Legal Defense and Educational Fund, said the Biden administration was lumping Latinos in with other communities of color rather than addressing them directly. For instance, Latinos saw the highest rate of COVID-19 cases of any demographic group. According to the Centers for Disease Control and Prevention, Latino or Hispanic people were 1.9 times more likely to get COVID-19 than a white person.

“Latinos, nationwide, have been hit the hardest by the pandemic. But do you ever hear leadership speak directly to Latino community on that issue? No, it’s all put in generalities, and it’s generally putting in ‘Black and Latino’ being the hardest hit communities,” Saenz said.

Republicans see opportunities to build on their 2020 successes by tapping into Latino voters’ frustrations with rising gas prices, and rising prices in general. They say Democrats underestimate how conservative some Latino voters are, particularly on social issues like abortion.

“There are pocketbook issues that resonate across the board,” said Mack Morris, deputy state director for Americans for Prosperity, a Libertarian group. An arm of the group, called the Libre Initiative, is credited with helping Republicans make inroads with battleground Latino voters over the last several years, and it recently hired a field director in Dallas.

“Immigration is an important issue philosophically, but it typically isn’t the most important issue for the Latino community. So I suspect a lot of the messaging and a lot of the policy focus on jobs in the economy is going to resonate with both suburban and nonsuburban voters,” Morris said.

While many Republican candidates have embraced anti-immigrant messaging that may resonate poorly with many Latinos, political analysts caution Democrats against taking the Latino vote for granted.

“I certainly think that Latino voters in 2022 are going to be a swing vote, especially in suburban districts,” said Gallego, adding that may be a new consideration for many political consultants.

“In order for us to have a winning coalition as Democrats we need to be sure we’re reaching out to those Latinos out there and so they turn out to vote, and treat them as an actual swing consistency,” Gallego said.

But with roughly two-thirds of Latinos voting Democratic, others say the core challenge for Democratic candidates is to get those communities out and vote, not to convince them who to vote for.

“What is key is turnout,” said MALDEF’s Saenz. “This is where the Democrats are, in my view, making a big mistake. They are running a very serious risk of disinterest in the Latino community.”

Valenzuela was one of several candidates and strategists who raised alarms about the Democratic Party’s approach to Latino voters in the aftermath of the 2020 elections.

During her primary, the House Hispanic, Black, Asian and progressive caucuses urged the DCCC to offer Valenzuela early support, but the DCCC said it had a policy against intervening in primaries.

Valenzuela was eventually given a coveted spot in the DCCC’s Red-to-Blue program that funnels attention and resources to high-priority races, but along with it came pressure to talk about Trump and control of language she used on Twitter.

“I got the sense that, even though there was so much more diversity in the campaigns, there really wasn’t that much listening going on,” she said.

Party officials and organizers agree that they need to do a better job listening to Latino voters.

“What I keep hearing is that people don’t feel heard,” said Kristy Noble, the chairwoman of the Dallas County Democratic Party, which encompasses parts of the 24th and the neighboring 32nd District, another potential 2022 battleground. “They feel forgotten by the Democratic Party.”

After she was elected to lead the county party in June, Noble organized a series of listening tours targeting various constituencies, including Latinos. The dates and locations were scrawled on a white board in her Dallas office as she spoke.

“Every single one of these communities that we’ve talked to in wanting to set this up said this hasn’t happened before,” she said.

The Texas Organizing Project is one of a handful of groups, mostly progressive, that have been working for years to mobilize Latino and Black voters in the Dallas area.

Deputy Director Brianna Brown said the group’s studies of Latino voters have found they feel disconnected from the political process, partly because political parties rarely contact them until the run-up to the election. To combat that, she said the group works to identify persuadable voters throughout the cycle and contact them again and again, asking what they care about. This is a better way to draw them into the political process than showing up at their door once and trying to convince them to back a particular candidate.

“Texas is a nonvoting state, it’s not so much that it’s a red state,” she said.

Matthew Dowd:run for Lt Governor of Texas as a Democrat