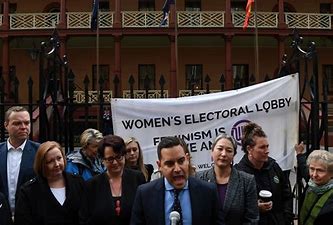 The latest version of the Women’s Health Protection Act, which would effectively make abortion a statutory right, scrubbed references to transgender and nonbinary people’s pregnancies as well as language related to “reproductive justice.”

Earlier versions of the bill used language tying race and transgenderism to the issue of abortion in its nonbinding “Findings” section. Sen. Richard Blumenthal, D-Conn., the bill’s sponsor, told Politico the language had been removed from the bill due to objections from some Democrats.

The newest version removed references to white supremacy and gender oppression as well as notes clarifying that its provisions applied to anyone with the “capacity for pregnancy,” including “transgender men, non-binary individuals, those who identify with a different gender, and others,” according to Politico.

“Reproductive Justice seeks to address restrictions on reproductive health, including abortion, that perpetuate systems of oppression, lack of bodily autonomy, white supremacy, and anti-Black racism,” a previous version of the bill said.

Germany: Less Freedom for the unvaccinated