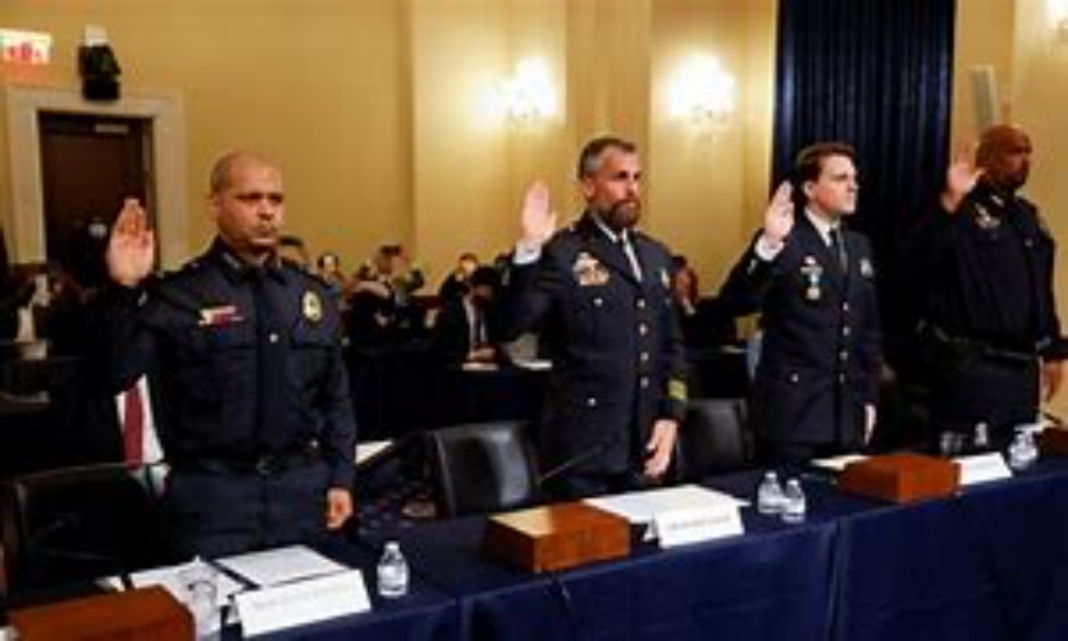 It seems to me like all the Dems do nowadays is put on “performances” that are paid for by the American people.

And speaking of that Jan 6th hearing – it kicked off today – and looked and felt like a poorly produced Soap Opera, complete with everyone crying, and a bunch of wild accusations being made, with no video evidence whatsoever, even though the entire Capitol is wired for surveillance, inside and out.

Pelosi’s star witness today was a man by the name of Harry Dunn.

Mr. Dunn is a Capitol police officer, who was on duty on January 6th.

Mr. Dunn recalled those moments from 7 months ago, on the floor of the House, and when he did, he got very emotional and started crying.

It was all quite dramatic, and somber, as Mr. Dunn told the committee that he thought he was going to die that day – even though he was armed and none of the protesters were.

Of course, I can understand Mr. Dunn’s fear of being in the midst of a mob. However, his fellow officers helped “thin” out the crowd out when they invited hordes of “rioters” inside to sight-see and take selfies with them!

The good news for Mr. Dunn is that once his testimony was over, he was laughing and joking around, and looked like he was having the gosh-darn time of his life.

WATCH: It's all *grins* after the #January6th hearing for Democrats who choked up and teared up earlier.

Democrats smile, laugh, and shake hands after the "emotional" and "traumatic" hearing. See for yourself.🔻 pic.twitter.com/yml6bVZJX5

It’s great to see that all the devastated, and tear-filled folks who testified were able to quickly shake off the hurt and angst, and get back to laughing and having fun.

Archbishop Salvatore Cordileone: Biden can not support abortion while claiming to...