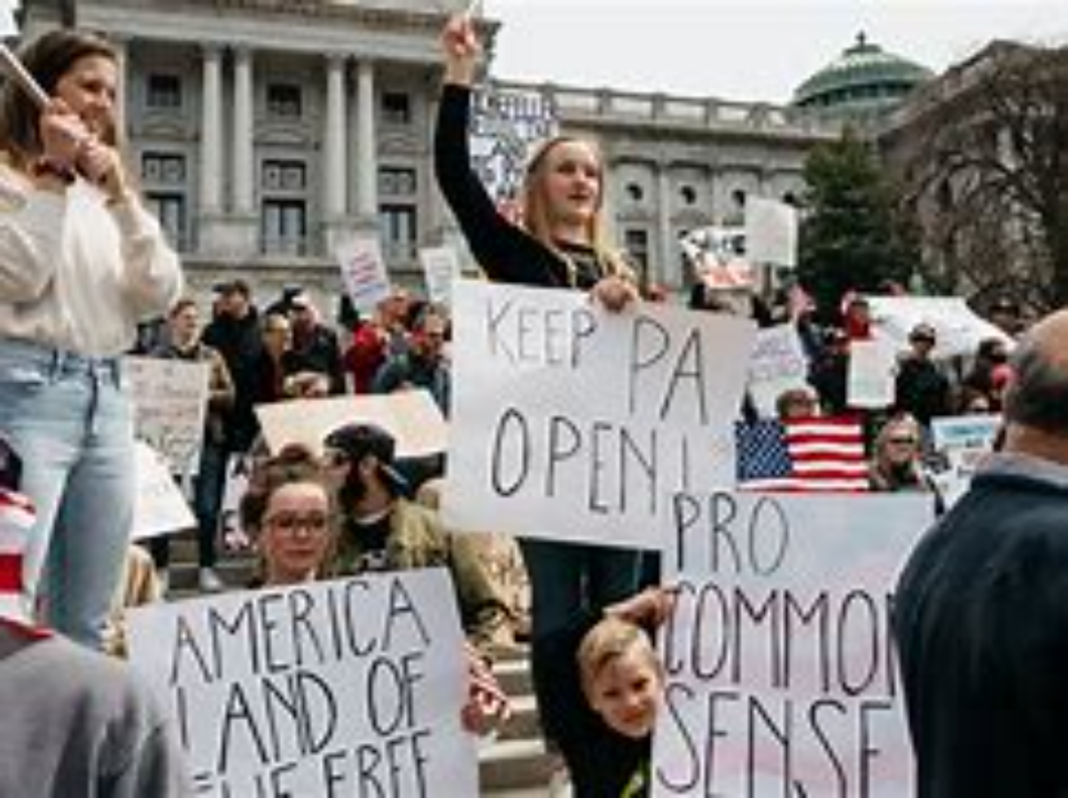 Even as more Americans seem optimistic that life is returning to normal, half of U.S. adults are worried that another surge of COVID-19 infections could threaten the country, according to the latest PBS NewsHour/NPR/Marist poll.

With states dropping pandemic restrictions and the most transmissible coronavirus variant so far on the rise, the concern about another wave is most pronounced among 74 percent of Democrats. Forty-nine percent of U.S. adults are not concerned, including 72 percent of Republicans, reflecting the pervasive partisan divide that has hindered the nation’s pandemic response.

In this latest poll, 14 percent of Americans say life will be back to normal in the next month — a 10 point increase since April — and 12 percent of Americans say they have already regained a sense of normality. About one in four predict that it will take another year or more — if ever — before life can return to what it was. Yet that number is significantly down, from just more than one in two respondents in April.

Their outlooks varied depending on where they lived — people in the Southern U.S. tended to be slightly more pessimistic about resuming normal life — as well as their economic situations. While 59 percent of people indicated their personal finances have stayed about the same throughout the pandemic, those with lower incomes and without a college education said they felt more vulnerable to the ebb and flow of the COVID economy.

The United States will fall just short of President Joe Biden’s goal of having 70 percent of adults at least partially vaccinated by the Fourth of July. Instead, roughly 180 million, or 66 percent of the adult population, have had their first dose ahead of Independence Day, according to the latest data from the Centers for Disease Control and Prevention.

The Biden administration has made major strides in the push to inoculate as many people as possible in the U.S., including making authorized vaccines — Pfizer, Moderna and Johnson & Johnson — available to most adults in April. On May 10, the Food and Drug Administration allowed people aged 12 and older to get the Pfizer vaccine, expanding the eligibility pool. But the vaccination rate has slowed to a crawl since its peak this spring.

Overall, 71 percent of Americans said they had gotten vaccinated for COVID-19 or plan to do so, according to this latest poll, while 28 percent said they do not plan to get vaccinated. Among the reluctant, politics may have played a role. Forty-four percent of Republicans, as well as 49 percent of people who say they supported former President Donald Trump during the 2020 election, say they won’t roll up their sleeves, compared to 11 percent of Democrats and 24 percent of independents.

Dr. Anthony Fauci, the White House’s chief medical advisor, told the PBS NewsHour’s managing editor and anchor Judy Woodruff on Tuesday that there are pockets of the U.S., particularly in Southern states, with “dangerously low” levels of vaccination. Fauci then urged Americans who haven’t gotten vaccinated to do so “for your own safety, for the safety of your family and for your communal responsibility to get this virus crushed.”

People are ready for life to feel normal again, said Janet Currie, a health economist at Princeton University. But, she warned, dropping public health measures too quickly while more transmissible variants emerge and without enough people vaccinated could come at a cost.

“Everybody’s tired of the coronavirus and wants it to go away, but in the rest of the world, it’s really raging.”

“Everybody’s tired of the coronavirus and wants it to go away, but in the rest of the world, it’s really raging. Our vaccination rates have really slowed down,” she said. “I’m personally worried in the fall that we’re going to see more outbreaks of more contagious variants.”

States and cities have tried to motivate people to roll up their sleeves, enticing them with tickets for lotteries and baseball games or even paying their college tuition, but it might take more stringent measures to get people vaccinated, said Dr. Leana Wen, an emergency physician and public health professor at George Washington University. The way some states, like New York and Pennsylvania, have lifted many face mask and social distancing mandates while still working to get people immunized can undermine messages about the importance of vaccination campaigns, she said.

“Because the restrictions were lifted so quickly and not tied to vaccination status, it gave the impression that the unvaccinated don’t have to worry anymore, when that’s the opposite message,” said Wen, a former public health commissioner for Baltimore.

Americans are divided over whether the vaccines should be mandated, according to this latest poll. Forty-four percent say employers should require employees to get vaccinated against COVID-19 before returning to work in person, but a slightly higher number — 50 percent — say employers should not do that. Another 5 percent were unsure.

A poll released Wednesday by the Kaiser Family Foundation backed up this result, with about half of Americans saying employers should require employees to get vaccinated, and the same for K-12 schools making it mandatory for students. Kaiser found that slightly more U.S. adults — 58 percent — supported colleges and universities telling their students that they must get a shot.

On June 14, a federal judge tossed out a lawsuit in which employees of a Houston hospital argued against COVID-19 vaccine mandates, claiming the vaccines were “experimental and dangerous.” The judge dismissed that argument, saying one chooses where to work and if they disagree with vaccine mandates, they can leave. 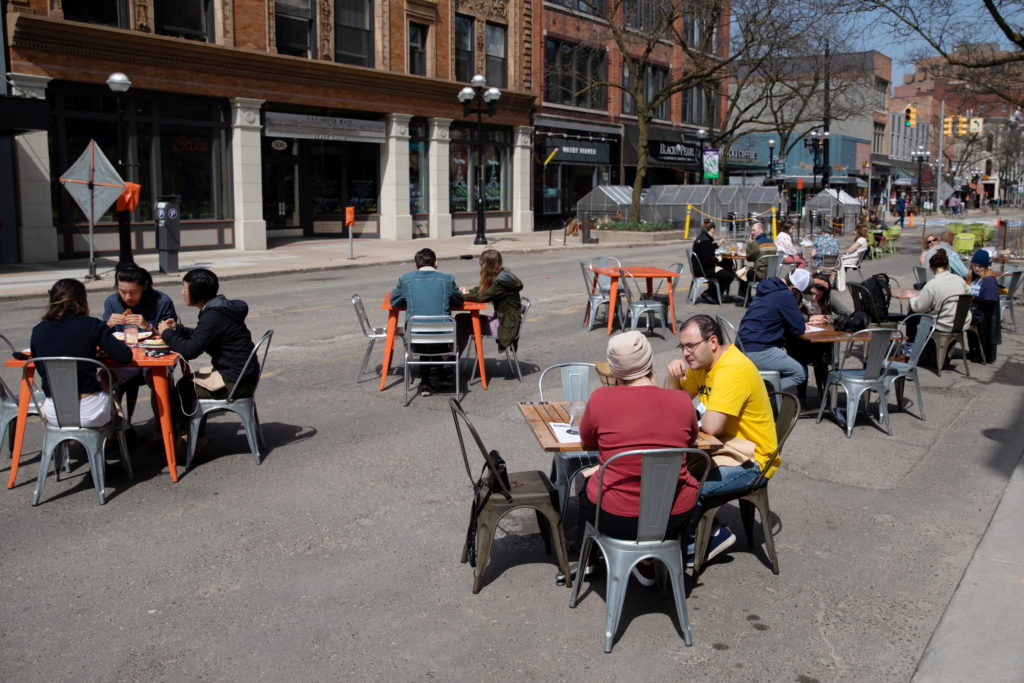 A majority of Americans — 59 percent — found their finances to be fairly resilient to the stresses of the pandemic, saying their monetary situations had stayed the same since the pandemic began. But the nation’s positive steps toward recovery does not mean the economic wounds are healed for all. A quarter of U.S. adults say their family’s household finances have worsened, including a third of households with incomes amounting to less than $50,000.

Inflation is currently Americans’ leading economic worry, with 26 percent of U.S. adults said they were concerned about rising prices, including 42 percent of those who supported Trump. In contrast, wages were the most important concern for 18 percent, made up of roughly a third of Democrats and Biden supporters, while another 16 percent of Americans said their top anxiety was unemployment. 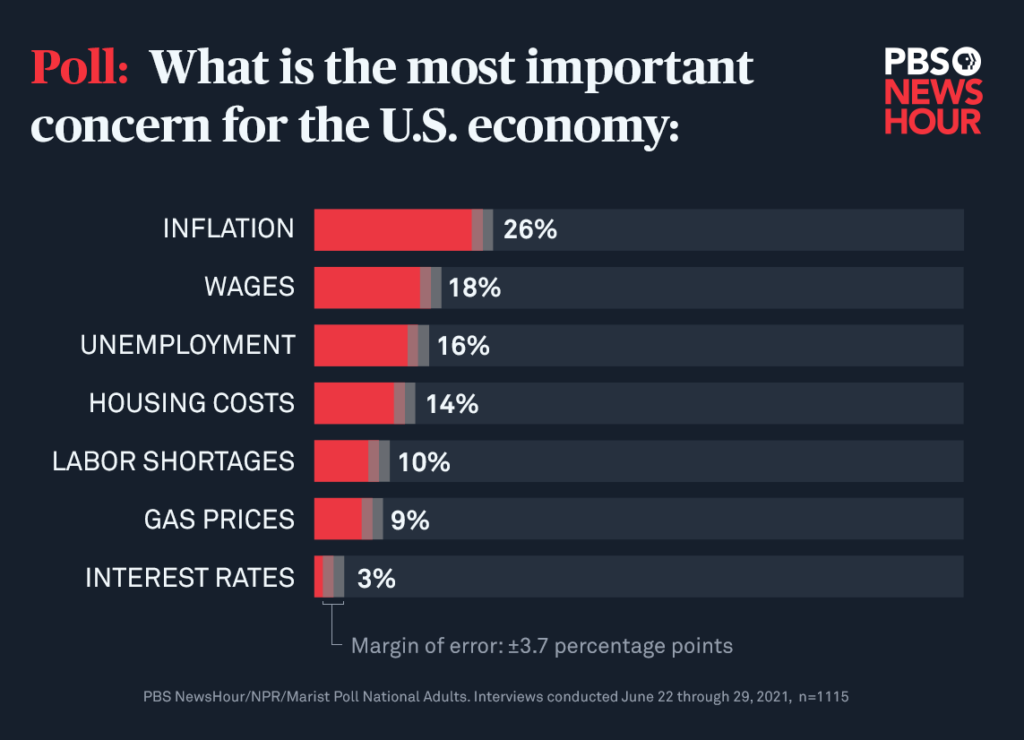 Despite being of utmost concern for about one in six U.S. adults, a majority of Americans — 57 percent — said the unemployment benefits put into place during the pandemic should end. More than 400,000 people across the country filed jobless claims last week, according to the latest data from the Bureau of Labor Statistics, a drastic drop from the millions of Americans out of work in the early days of the pandemic but still above levels seen before the virus took hold. Forty percent of Americans said they should remain in place. People aged 18 to 39 and Democrats were especially in favor of continuing those benefits.

In many ways the United States has turned a corner in the pandemic, thanks in large part to vaccinations against the virus. Thirty percent of Americans think their finances will get better in the next year, including 44 percent of people of color, 39 percent of Democrats and 40 percent of people under age 45. Majorities are looking forward to dining out, taking a summer vacation and sending their children back to school. But millions of Americans are also bracing themselves for what lies ahead, as the virus continues to spread in some areas and the long-term fallout from this deadly time continues to reveal itself.

An incomplete journey through the biggest blunders, gaffes, and miscalculations in...

4 Things you need to be successful