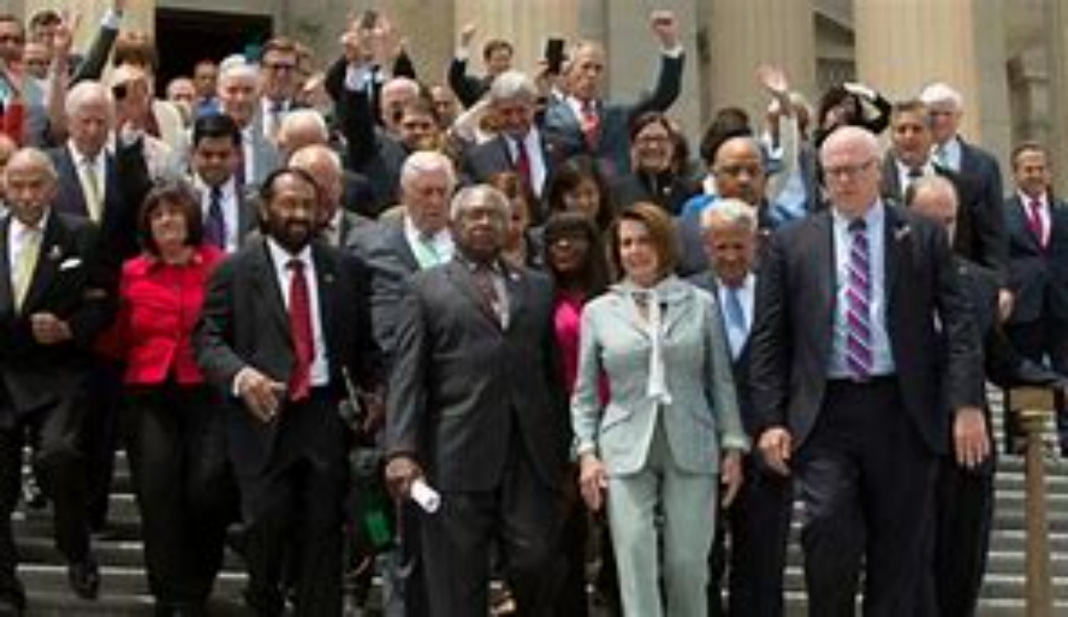 Someone passed on to me a report done by a Democratic Party consulting group called Future Majority. The report covers polling done by Future Majority in 37 Congressional swing districts, along with additional polling in Pennsylvania, West Virginia, Arizona, Michigan and New Hampshire. Along with poll results, it includes extensive recommendations to the Democratic Party. The polling was mostly done between May 10 and May 14. The report is embedded below.

For the most part, the results are bad for Democrats and good for America. The report headlines “President Biden’s honeymoon is over.” This chart shows why. Click to enlarge:

Another headline is “A majority of voters do not trust Democrats over Republicans.” And large numbers of Americans don’t buy the Democrats’ assurance that the 2020 election was totally above-board, nothing to see here, time to move on. Check out the numbers in West Virginia:

The answers to this question indicate that the realignment of the parties is pretty much complete: “For each of the following professions, do you think the people who work in those jobs support Democratic candidates or Republican candidates?” Voters think that college professors and tech workers support Democrats, while janitors, mechanics, car repairmen and (above all) small business owners vote Republican. If there is a category where the public is wrong, it is bankers, although this probably depends on whether you are talking about Main Street or Wall Street. But note how firmly Democrats are convinced that bankers vote Republican:

Likewise, in Arizona, Michigan and West Virginia, voters are more likely to say that Republicans, rather than Democrats, represent working-class Americans. In New Hampshire the parties were tied.

To be sure, the poll’s news is not all good. There is plenty of support for taxing the “rich,” and apparently quite a few people who think Democrats spend too much money are mollified if they call it an investment. (“Our latest study into voter attitudes reveals voters, especially Independents, believe Democrats spend too much. We recommend shifting messaging from talk of ‘spending’ to ‘investments’”.)

On the 2022 midterm elections, Cahaly cautiously predicts that at this time, “it is looking like Republicans will take back the House.”
***
As for what the key debates will be going forward, Cahaly points to the rapid rise of Critical Race Theory as a national issue. “Education issues are massive election issues around the country,” he said. “Critical Race Theory is a major election issue. What we’re finding is that average Americans care about what their children are being taught. If you look at the riots that we had last summer, the older generation was more upset that the violence didn’t bother their children. So many of these young people had been taught crazy things.”

In the Virginia Governor’s race, Trafalgar Group is conducting polling for the Republican candidate, Glenn Youngkin. The issue of Critical Race Theory has exploded statewide as parents in Loudoun County have organized to fight the school board’s indoctrination efforts. “Loudoun County might as well be a campaign ad helping Glenn Youngkin every day,” Cahaly said.

Cahaly clearly believes Youngkin is riding the CRT issue up in the polls. All eyes will be on Virginia to see if that trend continues through to the fall, and if a grassroots rebellion in the commonwealth could presage a political earthquake next year.

I don’t know whether it will turn into an earthquake, but I have no doubt that Critical Race Theory is a winning issue for Republicans.